Unboxing the CHANGE 811 with color frame

The CHANGE 811 rugged hybrid was never intended to have a color frame; the manufacturer’s idea was that this would remain a black bike, just like the CHANGE 611, but with all those other frame upgrades.

Then Flatbike customers spoke up, asking to offer this model also in Pine Green and Arctic Blue, even if the carbon fork were still black. 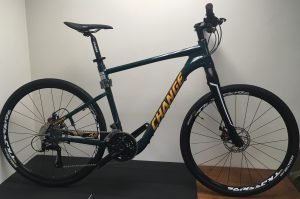 Here’s the result in pine Green, unboxed for its first customer.

It’s hard to convey the beauty of this frame in a blog; we’ll try to do an even better job on the Flatbike instagram site. But suffice it to say that the black carbon fork fits right in. 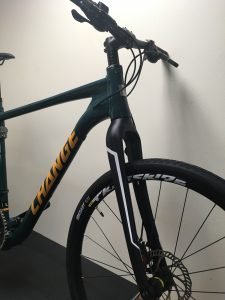 We also made some other interesting discoveries, starting with that fork. We had assumed it would just be a larger version of the CHANGE 611 fork, just for larger wheels. But no… 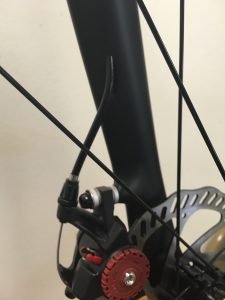 Now, even the fork has its own internal cable routing.

Unlike the frame, where internal cable routing lessens exposed wires and protects against rust, this is simply about having one less exposed wire to get caught on stuff as you’re moving your bike in and out of tight spaces. 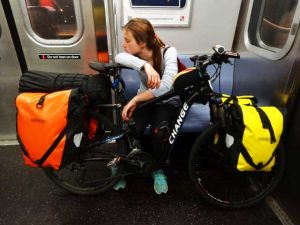 When you travel, a lot of stuff ends up on your bike.

Some folks are encouraging us to write a blog about bikepacking, and that’s coming up soon. But even without that, sometimes you’re on an unsupported ride and need to carry your own stuff. Extra water. A bike pump. Gas canisters for camping. Pretty soon, all your frame attachments are used up. 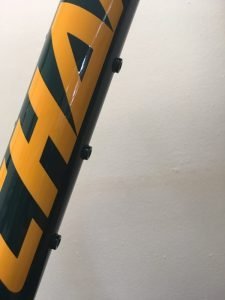 Well, not any more. The CHANGE 811 comes standard with extra braze-ons.

This next one also caught us by surprise. We *assumed* that the stem would be identical, just on a larger frame. But there are two significant differences. 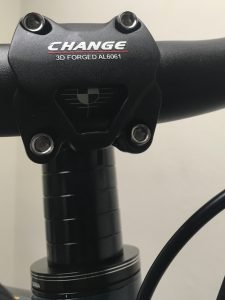 The 3D forged aluminum stem now has a smaller window, making it easier than ever to get the exact right handlebar placement.

When you get a bike from Flatbike, the only time you’ll need a tool for assembly is to attach the bars to the stem with four hex screws. But how to get the alignment exactly right? If the target is in the window, you’re golden.

Notably, the stem on a CHANGE 811 is shorter than on a CHANGE 611. The functional result of this is a slightly more upright ride, which can be important if you are going on really long rides with  handlebars. 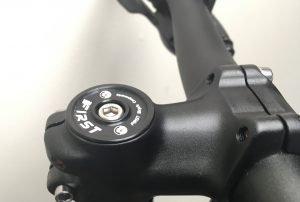 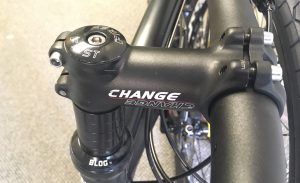 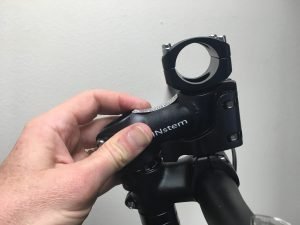 70mm? That’s the same decision we already made with our folding stem for MTB frames!

We’ll have a professional photo shoot with this later, but now you know what the new CHANGE 811 is like, just as soon as we do. 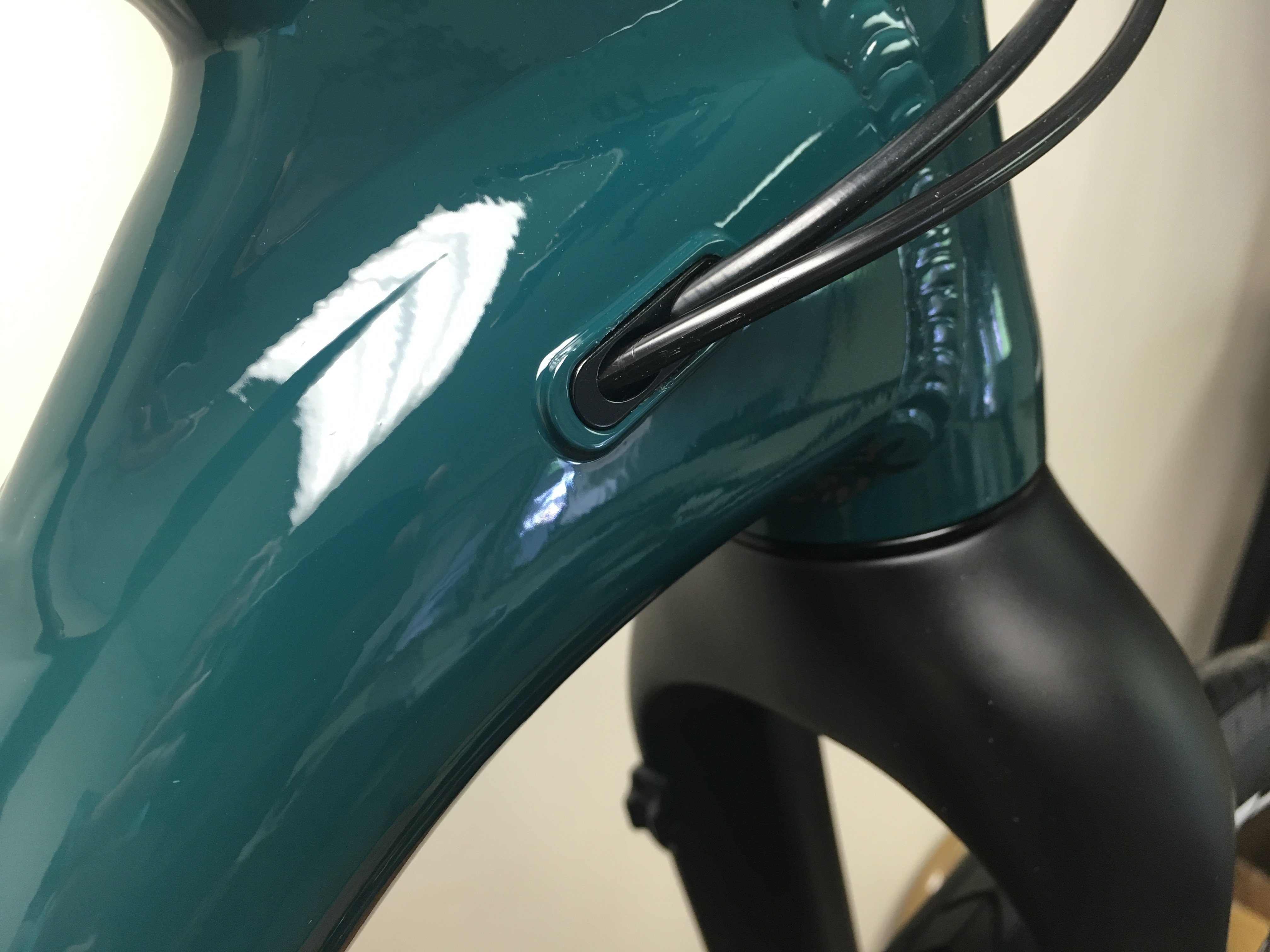