Artists see bikes in a whole different way. We’ve already learned what one artist can do with just bike chains. How about when an artist has access to the entire component set?

A great place to look for an artistic perspective is etsy.com, which features lots of craft-level artists. There, a disc brake is just another ornate round shape… 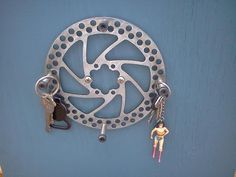 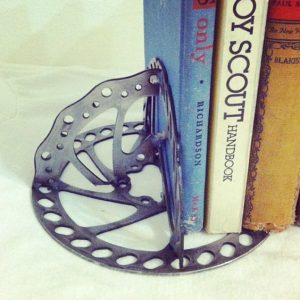 Blow the concept up big and you get outdoor bike trees with round leaves. 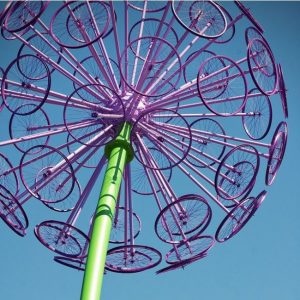 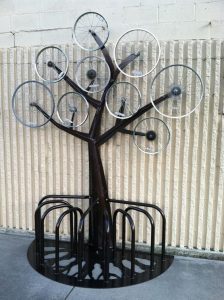 So what happens when the creative juices are fully flowing, and the concept of bringing bikes to life is fully gestated. What inspirational nuggets come out? 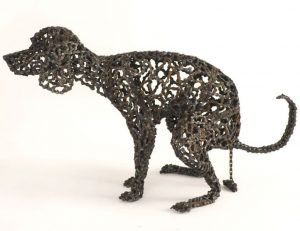 OK…well…maybe not this. But it’s a unique use of a bunch of bike chains. 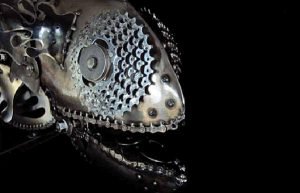 But this definitely brings the bike alive. I don’t think I’ll ever look at a rear cassette the same way again.

And finally, the gold standard.

Art, in its most powerful form, changes lives for the better. 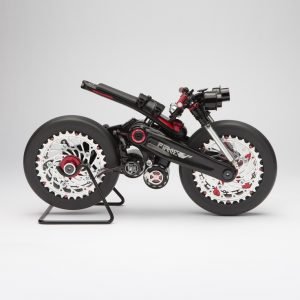 This contestant turned the box of 100 SRAM components into a motorcycle. 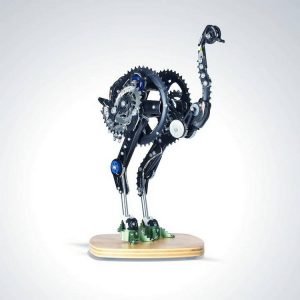 The same box of components, in another artist’s hands, became an ostrich.

The unveiling of these sculptures became an event in itself. The $134 admission fee was the cost for World Bicycle relief to donate one bicycle to an undeveloped area of the world. With a bicycle, you can travel up to four times farther–so you can get to a doctor, to school, or to work faster and more safely.

Participants got to enjoy not only food and drink, but also mingling with cycling luminaries, meeting the artists, and bidding on favorite pieces. 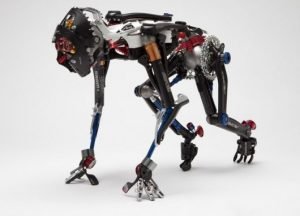 the most popular pieces were those that captured the dynamism of the human form, in a variety of sports… 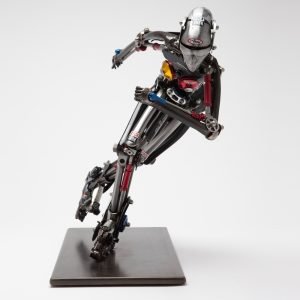 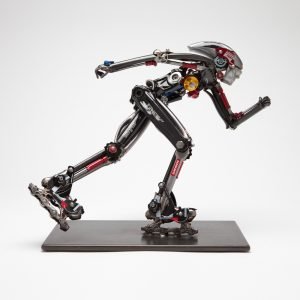 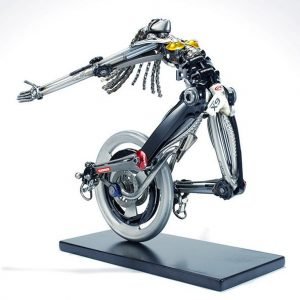 Or even highly dynamic non-sports. Breaking the tape at the Olympic unicycle races? One-wheel interpretive dance?

One thing is certain. The pART Project raised $140,000, which translated to 5,000 bikes donated in Africa. These artists broke new ground in creative expression while making lives better for others in one magical evening.

Have you found the magic in your bike yet? 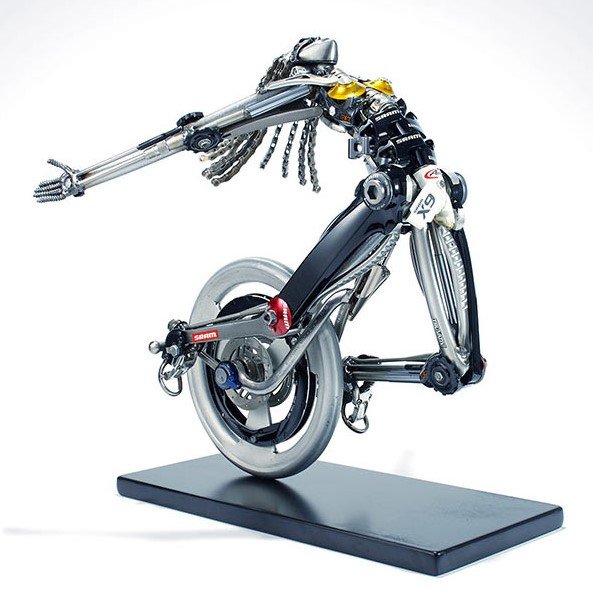