Biking into the Wilderness: Legal or not?

A wilderness access battle has been brewing for over half a century across the United States … and 2017 will be a pivotal year.

In 1964, with outdoor areas increasingly threatened by urban sprawl and recreational misuse by 4-wheel drive vehicles, motorcycles and snowmobiles, President Lynden Johnson signed the wilderness protection act, which designated large tracts of federal land as areas that were protected from motorized transportation. 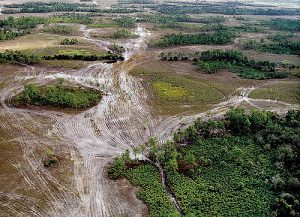 Vehicle track damage from Off Road Vehicles can be tremendously damaging and long-lasting.

Exactly twenty years later, with the arrival of the mountain bike, the Sierra Club and Wilderness Society convinced the Forest Service to publish a regulation that extended the motorized ban to a mechanized ban. Other federal government agencies followed suit, and now all 110 million acres of wilderness in 44 states are off limits to bikes, with various degrees of enforcement. 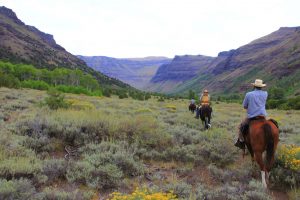 If you want to go into the back country under current law, you’ll need to hike or take a horse.

It’s important to note when this changed happened. In 1984, mountain bikes were a new concept. There were no scientific studies yet, so this influential regulation was made simply on the basis of political pressure. More people didn’t have mountain bikes than did, so federal government agencies listened to the requests of the most vocal constituency.

Thirty years later, science has spoken with dozens of published papers with similar conclusions. Here are a sampling: 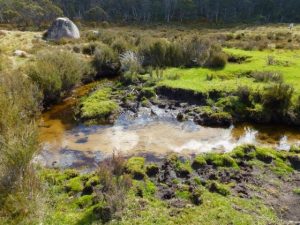 Among the three user groups–hikers, bikers, and horse riders–horses cause the most damage, even before water quality issues are considered. But horses are allowed in wilderness areas by default.

The Forest Service says No!

In 2015, the Forest Service unveiled a new travel plan for a portion of the Kootenai National Forest in Montana, to reduce mountain bike access from 86 to 17 miles. While these trails are not in designated wilderness areas, the Wilderness Act was used to manage them, extending the impact of the unsupported 1984 regulation even more. Even worse, many of the trails now closed to bikers are those that local mountain biking groups had fixed and maintained for the park! 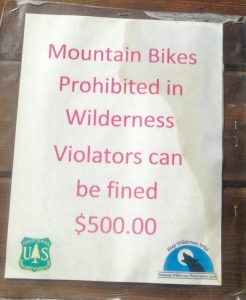 In July 2016, with the support of the Sustainable Trails Coalition, the Human Powered Travel in Wilderness Act was introduced to remove this inequity, by giving authorization control to local officials. If a local official fails to make such a determination about a permitted route more than two years after the bill’s enactment, then any form of recreational use by nonmotorized transportation methods will be allowable on that route. 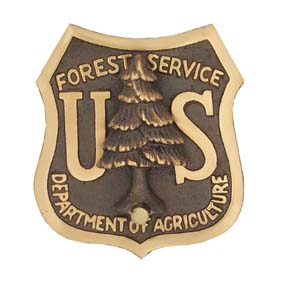 “It’s really an issue around transforming a culture that is steeped over 110, 115 years of agency history,” said Joe Meade, US Forest Service’s national director of recreation. “We are striving toward a focus on common sense.”

So today, we’re in a bit of a limbo. The past 30 years have been tough on mountain biking. But the sports participants and scientific understanding have now grown to the point where the pendulum is swinging back. The Human Powered Travel in Wilderness Act shows huge potential to get more enthusiasts out into and appreciating our most majestic spaces. And that’s exactly the support our parks and wilderness areas need at this time in our history. 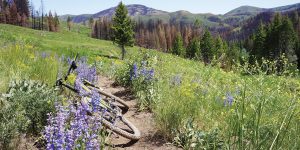 See you on the trails! 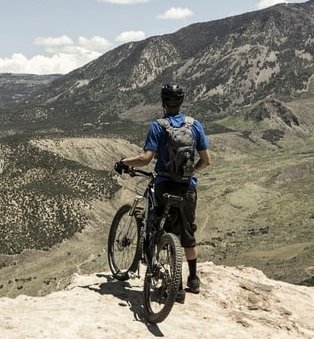