With most folding bikes, what you get is what you’ve got. With so many proprietary parts, there just aren’t that many opportunities to swap out 20″ wheels or custom-configured stems for something a bit more personal in fit and function.

But with CHANGE bikes, built around a standard-shaped diamond frame and typical wheel standards, that limitation goes away. Here are ten interesting modification on the standard CHANGE full-size folding bike. 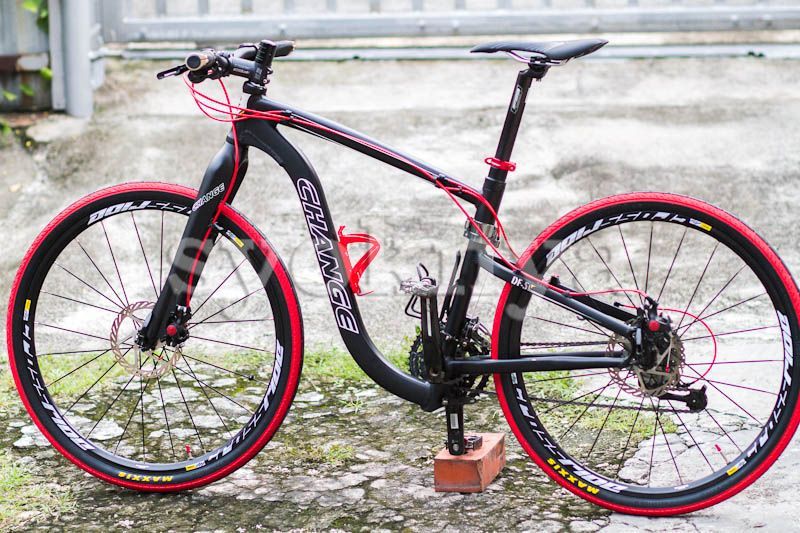 Even the seat clamp is red!

This isn’t just a touch of red; it’s a full-on commitment to bright color, from the tires to the bottle cage to all the cable housings, on a modified CHANGE folding rugged hybrid. If this rider had access to our second-generation red pop-off pedals, we have no doubt those would be red too. 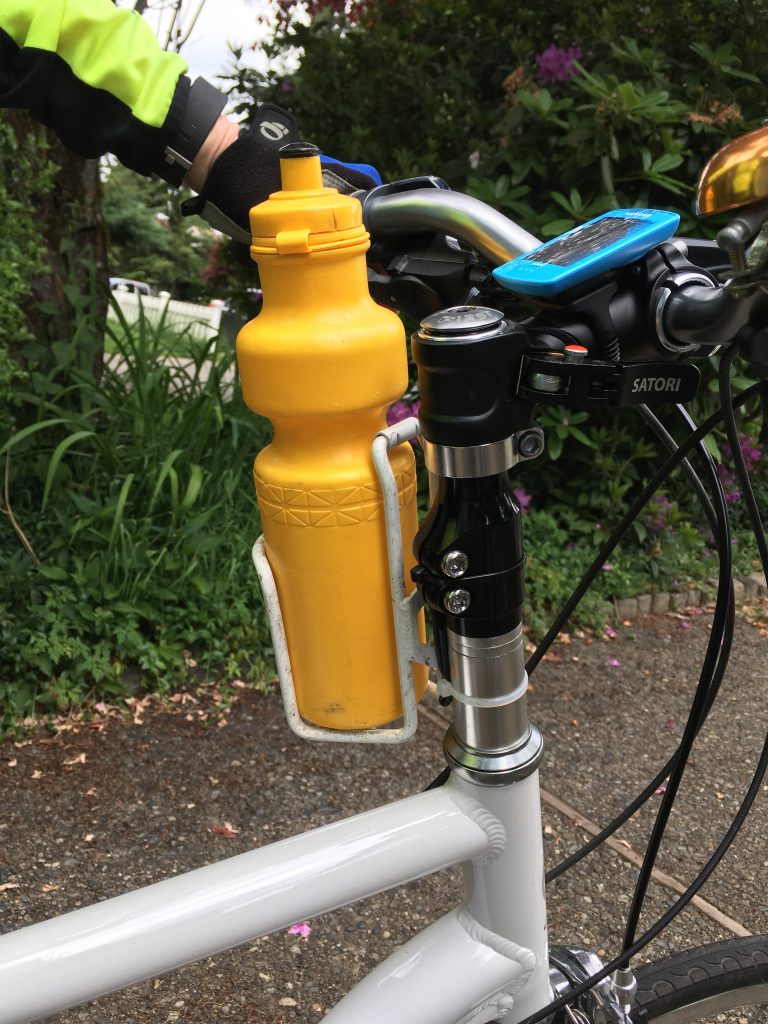 Kathy now has everything in one spot, without bending over.

In Europe, this upright style of riding is called ‘Dutch Style’, partly because the Dutch have fewer hills, and the increased climbing leverage you get from pulling up on the bars isn’t needed. So if you’re not planning on climbing many hills, why not make your bike more upright, like on this CHANGE 702 folding commuter bike? 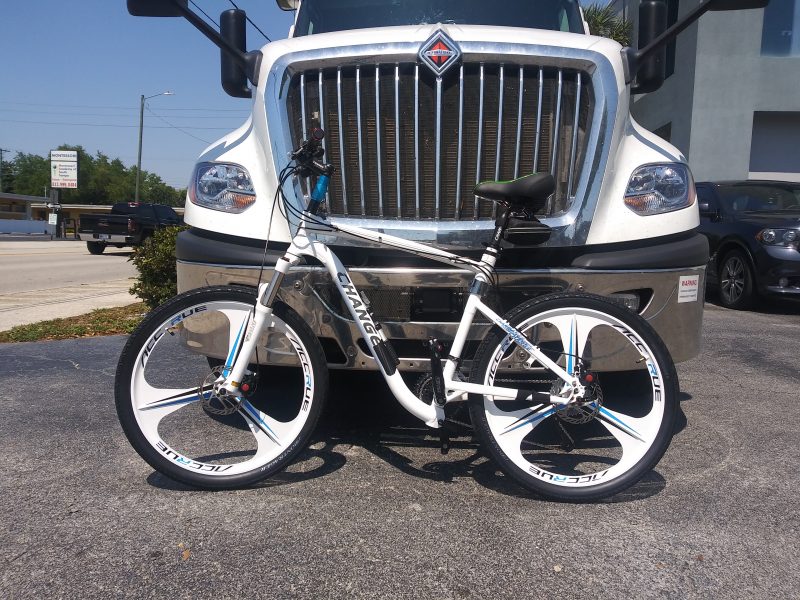 This bike even matches the truck where it lives. We sell plenty of bikes to truckers, often with a custom wider seat like this. But his bike was notable for what Paul did with the wheels, swapping out the 26″ wheels of a CHANGE 609 folding MTB (back when we sold it) with a pair of tri-spoke 27.5″ wheels, before we sold those pre-fitted in the CHANGE 812 folding MTB. A least two other MTB riders did the same thing! 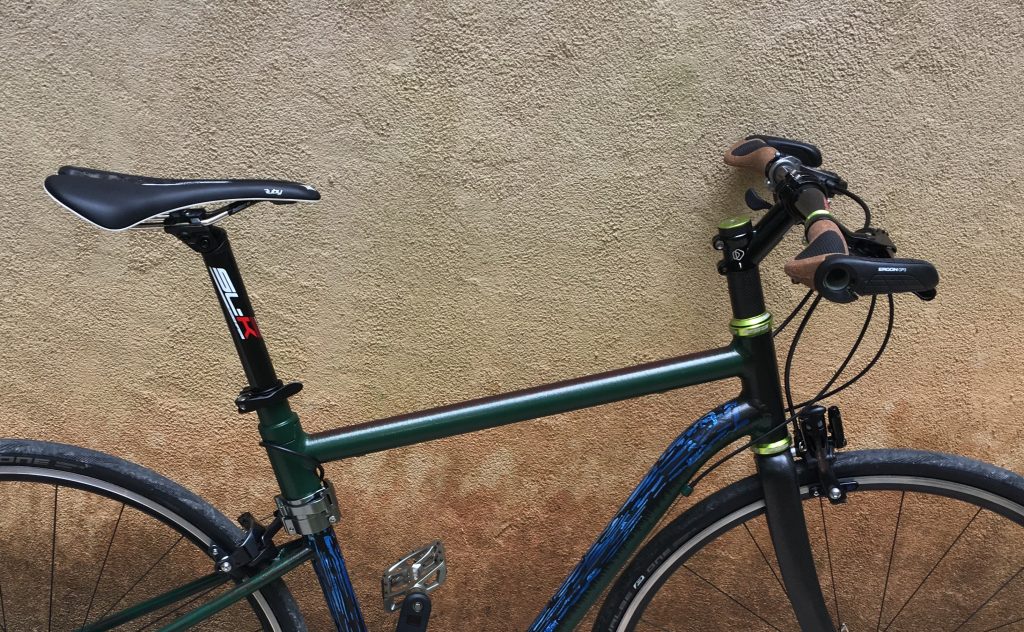 From the 2×11 gearing to the bar grips, this might lead the way for future Flatbike introductions.

Dorothy knew exactly what she wanted from her cruiser–speed, style, climbing, and back comfort. So she started with a CHANGE 733 folding road frame, re-painted it, and built it up with 2×11 gearing, MTB pedals, an angled stem, and flat bars with climbing grippers. It’s a one-of-a-kind! 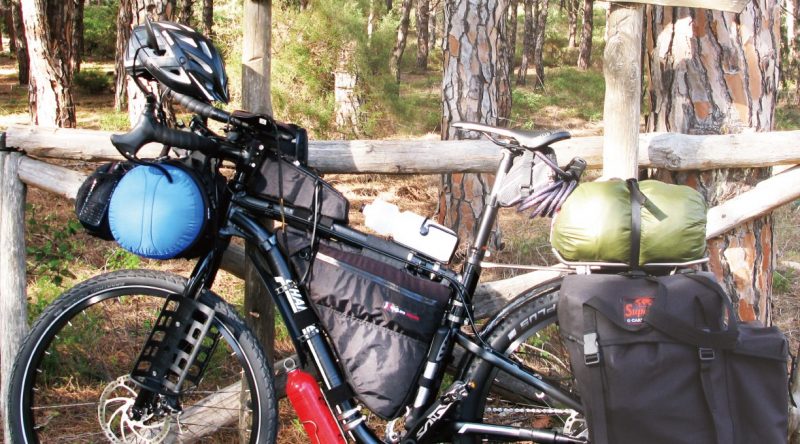 We caught up with this CHANGE bike rider after he’d ridden over 9,000 km (about 5,600 miles) on a highly loaded CHANGE bike with mods in handlebars and extra mounts for all that stuff. Interestingly, the CHANGE 811 and 812 both have standard mounts for the position of his red water bottle. 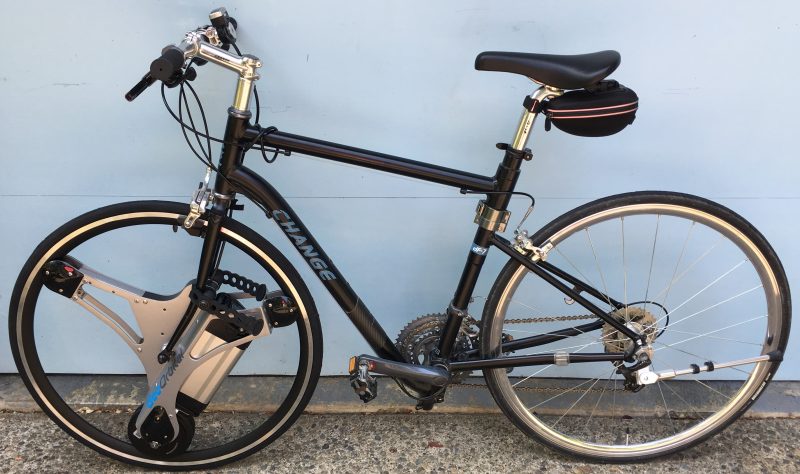 OK, this is the opposite of a world traveler. The commute is fine, until there’s that One…Massive…Hill…that just ruins everything. But a Geoorbital front wheel turns a standard 702 into an e-bike. You take off the front wheel anyway when folding a CHANGE bike, and this comes off easily–perfect for taking it to an outlet to make the next trip super-easy. 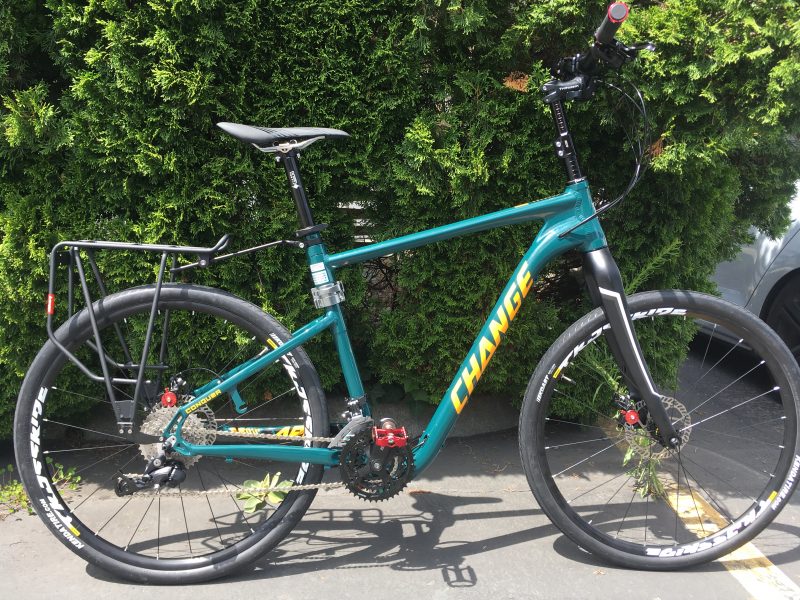 What do you do when decreased knee mobility keeps you from adapting to a normal bike? Sit on the couch and lament limitations? Not Dwayne. This custom CHANGE 811 has some typical mods like rack and raised bars, but it also notably has custom-ground shorter cranks. He’ll have less power than nearly anyone, but he’s matched it with a faster cadence than anyone else and 27 gears to choose from. 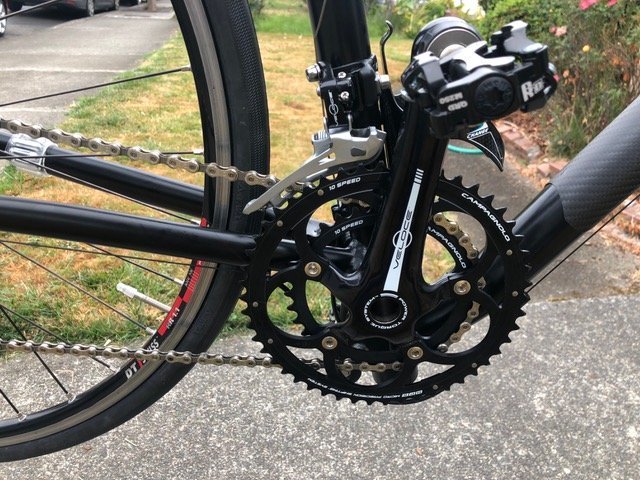 Like Dorothy, Phil got his hands on a CHANGE 733 folding frame and went to town. But in this case, the goal was to outfit it completely with Campagnolo components in a drop-bar speed machine. Final weight? 19 lbs. 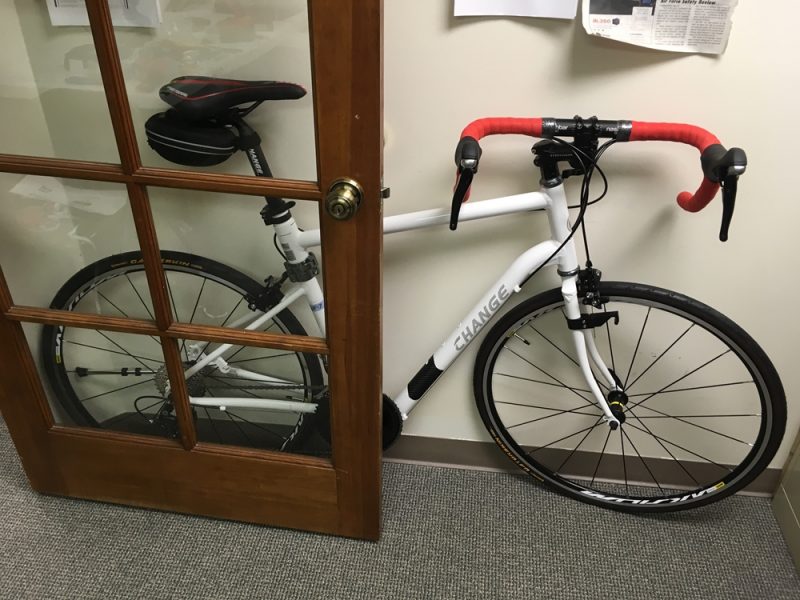 Technically, this isn’t a customer mod. It’s an upcoming prototype bike built here in the Flatbike shop in the Seattle metro area, inspired by our customers all over the country and designed for 100-mile rides. So it features 2×11 gearing like Dorothy’s bike, drop bars like Phil’s bike, and a Revelo folding THINstem stem so we can store it conveniently behind a door during the day. 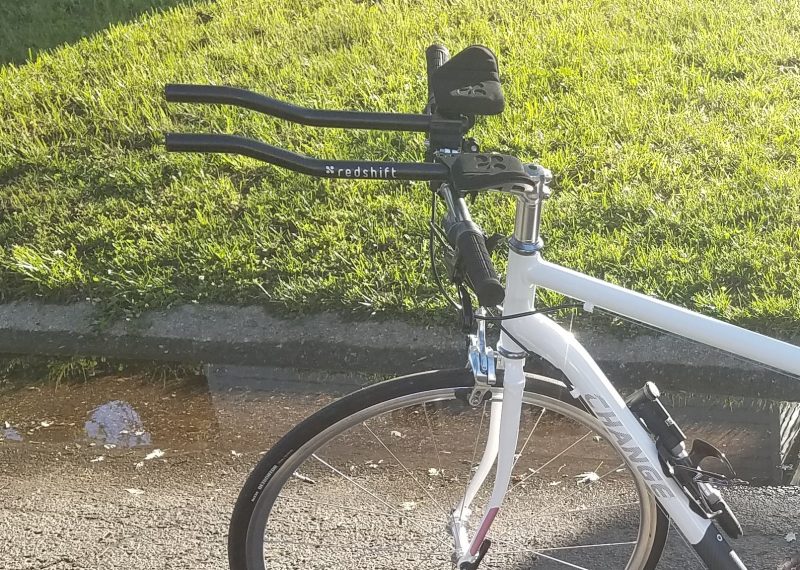 When Ben learned that the CHANGE Century was still held up by component sourcing challenges, he got a CHANGE 702 and started customizing it for speed. Removable Redshift aero bars allow him to get aerodynamic and fast, yet still fit the bike inside a sedan trunk.

What mods would you like to see on a folding full-size bike?

The specs on the CHANGE Century are mostly final (except for the fork–carbon? aluminum? steel?). But models beyond that are still in flux. What direction would you like to see us go? Have you made any exciting changes to your CHANGE bike that might interest other customers?