When are bikes faster than cars?

The complaints that many auto drivers have about other modes of transportation are well known. Drivers need more lanes. They’re taking away our parking spaces. Only like one percent of people ride bikes anyways. And transit is too expensive per mile… etc.

The unifying theme, of course, is that if all transportation dollars were properly spent on cars, transportation efficiency would be maximized, and everyone could get to work quickly.

Since 2009, Vancouver has put this hypothesis to the test with a high-profile race called the Rush Hour Challenge. 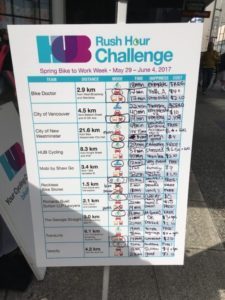 For more than a decade, bikes have won the commute-time challenge more than 2/3 of the time.

Even before bike infrastructure projects such as Ungap The Map, cyclists have proven their ability to commute faster in an urban environment every year during this event. Why? Because drivers underestimate how much time they spend stalled in traffic.

That time whizzing along at 50 MPH in a car is quickly countered by time spent waiting for traffic jams to clear or just for lights to change. All that stationary time allows bikes whizzing along at just 10 MPH to catch up, and often pass, even if they’re following the same general route. And there’s always parking.

How the race works

The Rush Hour Challenge is the annual launch for Vancouver’s Bike To Work Week, which draws more than 12,000 participants from 700 organizations. It is not unsual to have dignitaries such as the mayor or members of the city council participating in the race.

In this event, teams from different organizations each have three people–one using a car, one using a bike, and one using transit. All must start at the same location as the other members of their team, and commute to the same shared finish line as all teams by 9:00 AM.  London Drugs in downtown Vancouver is often the epicenter of this epic event. 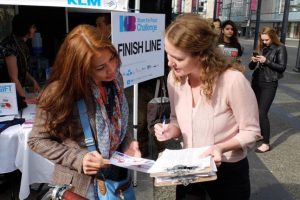 In 2016, cyclists won in a clean sweep across all teams. Overall, cyclists have won 66% of the time, cars 24% and transit 9%, in distances from two to six miles.

A hard look at soft numbers.

A race is about minutes and seconds. The results are final, with a clear winner on that day. But there’s another way to look at this comparison.

Cars and bikes are both purchased items. If your car costs ten times more than your bike, then it takes ten times longer at work to pay for it. That’s a lot of time and money spent needlessly on transportation that could be otherwise spent on meals with friends, school, vacations, or just buying yourself really nice stuff. Is it any wonder that Millenials often postpone car purchases?

When looked at that way, your commuting trip could take three times as long on your bike and you’d still be saving time, while exercising and reducing stress at the same time.

Why think about this now?

Most cities in the US are designed for car commuting, not bikes–and still aren’t offering the fastest commutes. Providing a carefully selected layer of safe cycling options at critical pinch points can separate cars from bikes. It offers commuting options that speed up alternative methods of commuting.

This level of change is lifestyle-changing, but far from easy. It requires continual outreach and feedback from the community. That level of awareness requires news–the kind that a race like this generates every year. 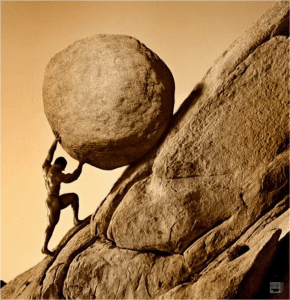 It’s like this only at the beginning. Once you generate news, it’s easier.

HUB, the group that started in 1996 to focus on safety-related cycling issues, now mails a newsletter to 30,000 participants and has 18 local communities, working on local issues. But they weren’t always a powerful political force. They started small, and used events like this to generate news, participants, projects, and progress.

For the past five years, Boston has run its own Rush Hour Challenge too.

What is the change you’d like to see in your city?

Can your city put together a half-dozen teams for a news-generating event like this to kick off next year’s Bike To Work Week next May?

You’ve got six months to put it together. And if you’re dealing with the logistics of getting all three team members (driver, transit, cyclist) to the same start line… a CHANGE bike fits in anyone’s trunk, making it super easy for that team. 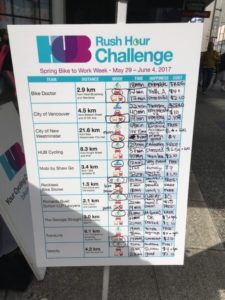