To most people, a bike is an efficient and functional machine. To industrial designers, it’s a canvas. It’s the opportunity for concept bike design to convey speed, smooth form lines, and the future, all in one work of art. Oh… and maybe solve a problem or two. 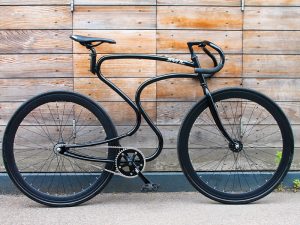 This bike, designed before the age of CAD, was an exploration in curved tubes. Was it also an effort to cushion road vibration? Maybe…

One bike that was definitely designed to dampen road vibrations is the Roundtail, by Lou Tortola. It’s actually a production bike. 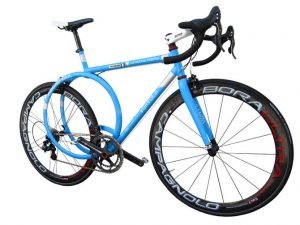 It noticeably reduces road vibrations, trading the traditional frame for one that is springier and a bit heavier.

Even with vibration dampening, all that time in the saddle can be a bit uncomfortable. Obviously, the answer is to get rid of the saddle entirely. 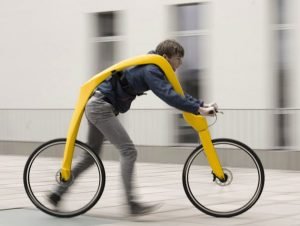 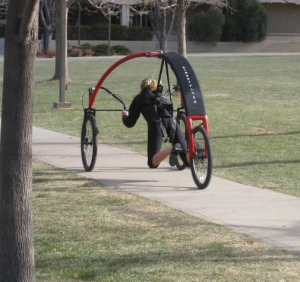 These inventions both replace the saddle with a harness, which should be familiar to anyone who rock climbs or sky dives.  In Army Airborne school we had an exercise where we all hung from a harness for 30 long minutes; it was called the Suspended Agony. A step forward over bike saddles? 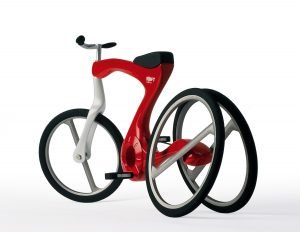 I was trying to figure out what this design from Purdue University was intended fix–tipping over?–until I found a comparison in the car world… 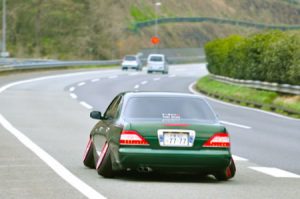 But wheels are clearly the next big thing for designers to fix. 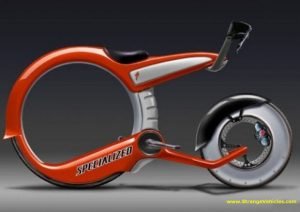 For example, who really needs spokes? Or the ability to change a flat? Or change direction? (Wait…what?)

Like concept cars, concept bikes are designed to be “out there”, challenging our assumptions about what a bike should be. For example, if you didn’t have spokes, how would you use the space you just saved on your bike? 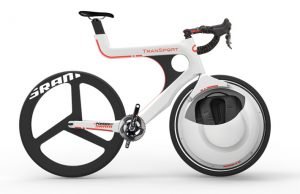 Store a briefcase, obviously. Out of the rain. And your seat post provides the dampening vibration you know you want (as soon as we figure out how to make carbon fiber less brittle).

And for the ultimate in challenging expectations, who says the bike has to look fast? If Dr. Seuss got his hands on CAD, maybe it would look like this… 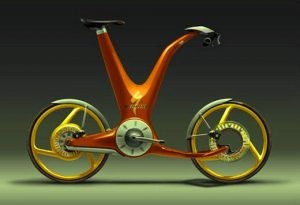 I don’t know how to steer this one either.

Finally, all of these still have the same basic assumption. So let’s break it. Who says you have to face the same direction you’re going? Welcome to the Snowboard Bike.

Ultimately, all we’re trying to solve at Flatbike is convenience. How can you ride everywhere, then fit it anywhere? It may not be an outlandish design idea, but it’s definitely wild and wonderful… 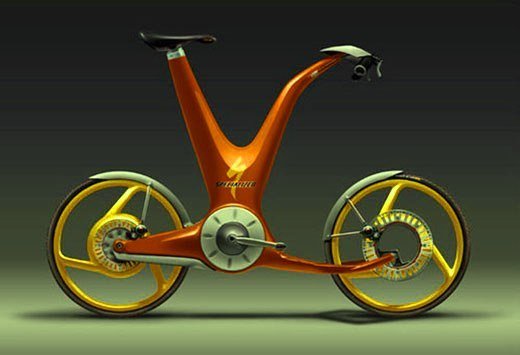