What’s the dollar value of a connected community?

Last week, my wife and I went for yet another ride on the Cross-Kirkland Corridor. This time, as we rode along, we counted all the official and unofficial connections in and out of the main trail. After a couple of years in use, how much was this new trail really uniting the community? We wanted to quantify it.

After all, community was the original intent of the Cross-Kirkland Corridor–a 5.8 mile section of old rail line purchased by Kirkland, WA. It was to unite a city bisected by numerous four-lane highways, an 8-lane interstate freeway, and this abandoned rail corridor. Our city desperately needed an active-living zone to connect its fragmented 13 neighborhood regions. 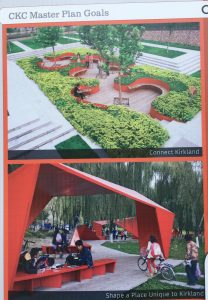 This trail signage is a reminder that the original Master Plan envisioned amenities where people (joggers, hikers, dog-walkers and bikers) could hang out for free and get to know their neighbors.

So had the community widely embraced this concept? In our ride of a 4.8-mile section of this trail, we counted 59 side-trails, from fenced city paths to official neighborhood-improvement paths–even neighbors pooling their unused lumber to build their own unofficial bridge to the rest of Kirkland. This resource is quickly becoming a city gem. 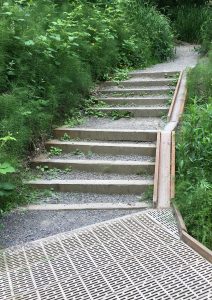 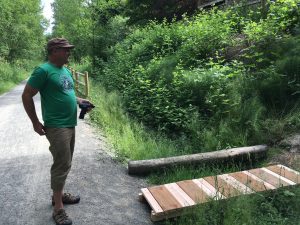 Meanwhile, businesses along the trail, from Google to the Chainline Brewery, are embracing the trail as a business asset. For Google, highly used recreational facilities along the trail are a public reminder (and recruiting tool) that Google is a fun, creative place to work and thrive. For the brewery, the trail is the front door to a business focused on connecting people with refreshment and each other. 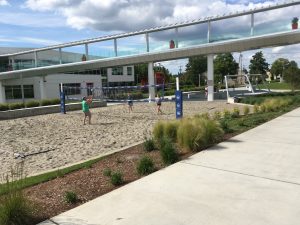 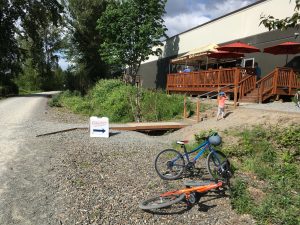 What’s the actual dollar value of a bike and pedestrian trail?

The city assembled $7.4 million from eight sources to purchase corridor rights and construct a crushed gravel trail. That’s a lot of moolah. Was the purchase a good deal?

There are no economic analyses yet of the Cross-Kirkland Corridor. But there is already a detailed analysis of a bike & pedestrian trail that is 6.2 miles long (vs 5.75 miles in Kirkland) passing by multiple schools (vs. 4 in Kirkland) with approximately 30,000 residents living within 2 miles of the trail (below Kirkland’s demographics). Sounds similar?

That trail is the Ludlom Trail in Miami-Dade County. The study quantified value in each of these sub-areas:

Ignoring the soft costs (school access, business that may be attracted, reduction in greenhouse gases) and the cost savings that don’t impact the city (lower health costs, less pollution control needed, less money spent on gas), we are still left with quantifiable increases in property values and trail-related business revenue. And the more the neighborhoods and businesses embrace the trail, the greater the financial boost. 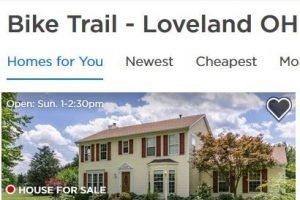 Access to a good bike and pedestrian trail increases property values an estimated 0.32-0.73% per year.

A 2002 reader survey by the Kansas City Star ranked creation of a regional trail and greenway network at the top of the list in 15 desired public investments. Desire drives home values. Miami-Dade calculated an annual increase of $99,000 to $229,000 in trail-related property tax revenues, combined with an increase in sales tax revenues of $31,900 to $80,000. That’s an average increased local revenue of over $200,00/year, without raising any tax rates.

At $200K/year, it still takes decades to pay off a $7.4 million trail. So how do you goose the revenue numbers up in a conservative way?

One effective approach is to redevelop with the trail in mind. 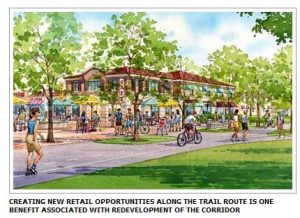 This graphic is from the Ludlom Trail analysis. But it could just as easily be a drawing for one of the two malls that Kirkland is redeveloping on its own corridor.

It’s a virtuous cycle: The more businesses that view the community trail as a source of customers, the more revenue the trail generates, making more businesses focus on it.

So what happens when the city wants to add a train to support more population density and the local residents want to protect an environmental retreat at the heart of their communities? 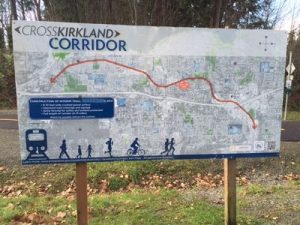 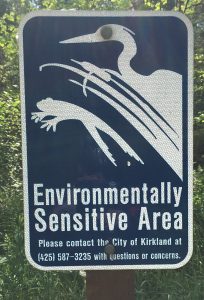 Ultimately, that’s a struggle every good trail faces at some point. Trains provide tremendous commuting value at their stations–but for the communities they pass through en route to those stops, not so much.

The trail we used last weekend had 59 links into local communities, not including any roads. And while this active-living resource is already giving dollars back to the city, it also has two mall porjects that will soon make even better walkable connections, resulting in more city revenue. It’s hard to picture a better trajectory than that.

Want to replicate this in your city? Here’s the Ludlom Trail economic analysis overview and benefits deep-dive. 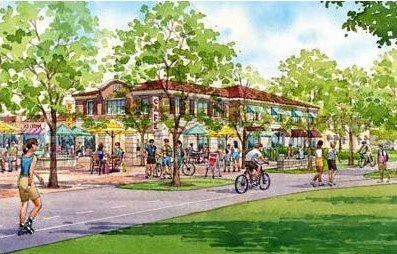