Suffering from winter cabin fever? Want to get on a bike and take advantage of lengthening days but kept inside by bad weather? Here’s some video inspiration for your imagination.

Warren Miller is well-known for planning and filming breathtaking skiing videos, each new release starting where the previous one left off and elevating the sport’s stunts to a more impossible level. Who is cycling’s Warren Miller? My vote is for Scotland’s Danny MacAskill, a professional stuntman on MTB and BMX bikes who broke onto the video scene in 2009 after spending hours a day for years on stunts like this.

Danny specializes in a highly visual niche of biking that doesn’t yet get the coverage that thousand-mile-long road races and Olympic sprint trials do. Mountain bike trials are a form of mountain bike competition in which a rider needs to pass through a series of obstacles without touching the ground. 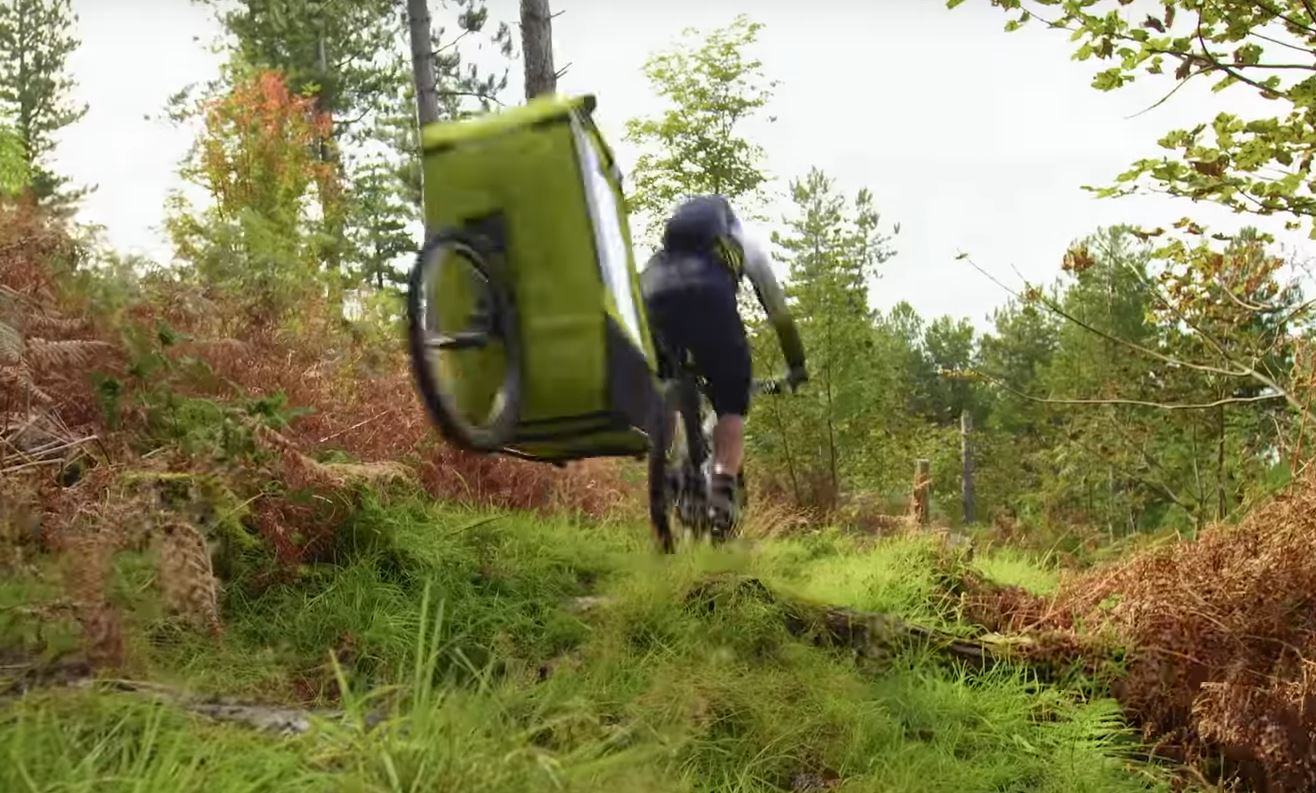 Speaking of child’s play, can you imagine anything cooler than a parkour/MTB trials expert as your babysitter for an afternoon? This is how Danny imagines it…

For anyone who’s burned calories and quads pushing a loaded bike trailer up a hill, this delightfully filmed afternoon doing increasingly acrobatic things with three wheels is a wild and zany trip through Danny MacAskill’s mind. The 4-minute Danny Daycare video is below. Make sure to watch the outtakes where he describes one unexpected skill as impossible. Priceless!

For most of us, flips with a bike trailer probably aren’t on the agenda this winter. If we head out for some exercise, we’re more likely to drive through the snow, slush and rain to the local gym and work out there.

So what would Danny do at a gymnasium? Use weights and a treadmill? Sweat in spinning class? 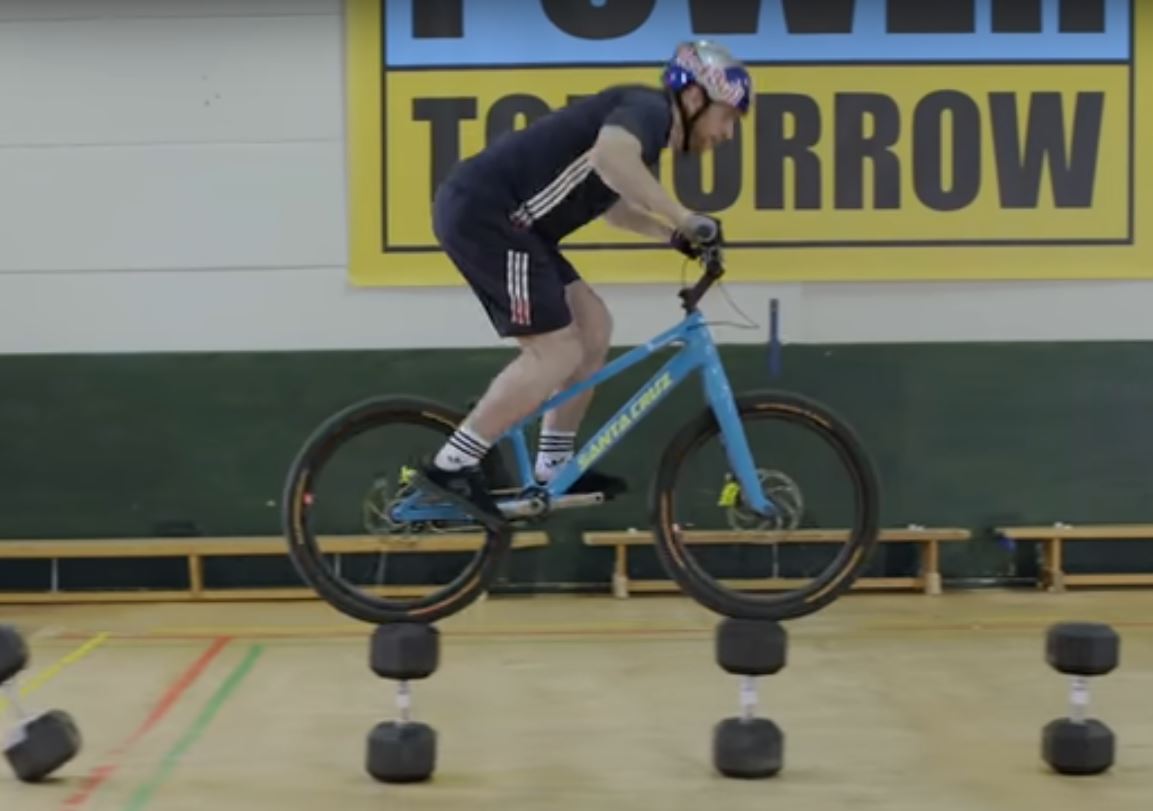 Weights can be fun if you use them right… 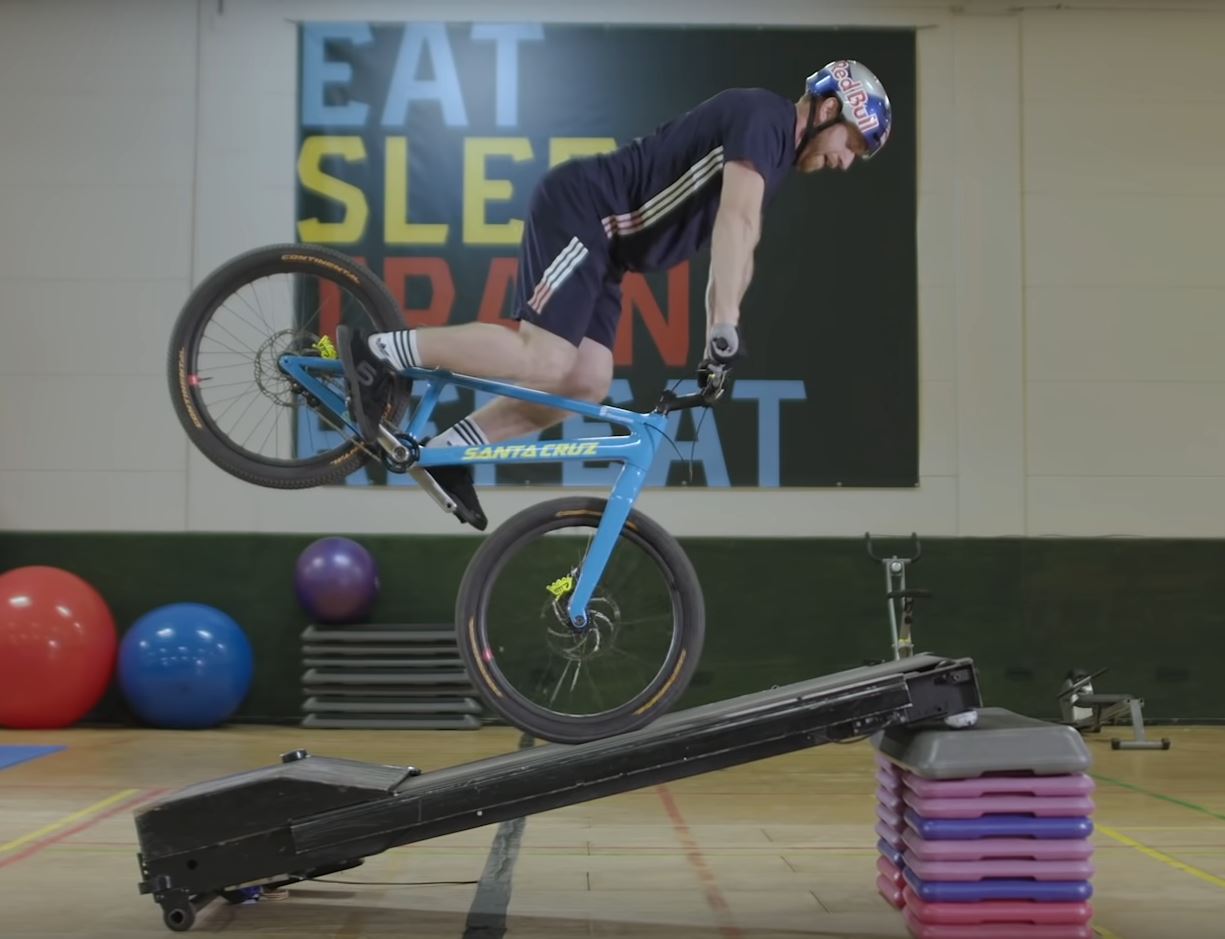 …and even using a treadmill can be thrilling with the right perspective.

That’s enough to feed our imagination for when we can finally get out there and practice stunts at our level, like the perfect track stand or bunny hop.

But first, let’s imagine the great riding you’re going to do when the weather breaks. Imagine the most technically challenging, visually stunning ride of your life, like Loch Scavaig, on the Isle of Skye… 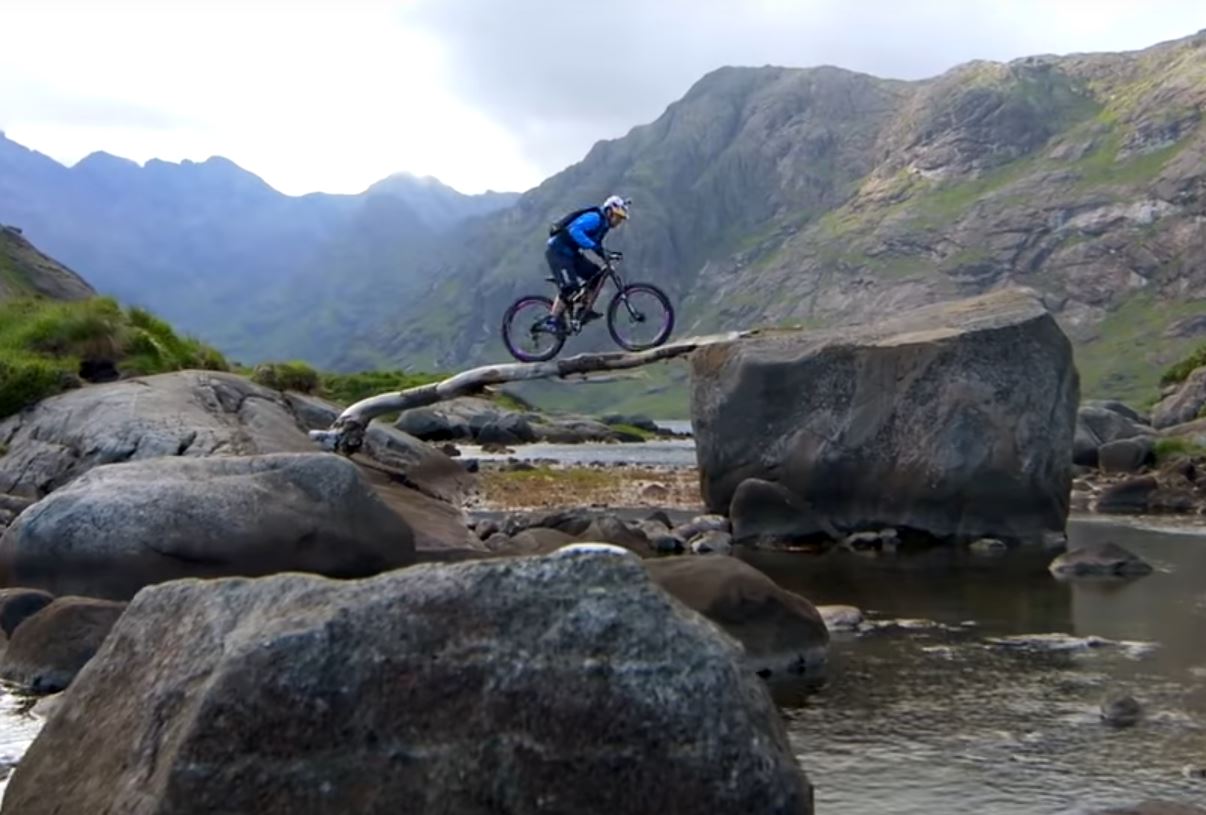 …one where the smooth, easy stretch of trail looks like this… 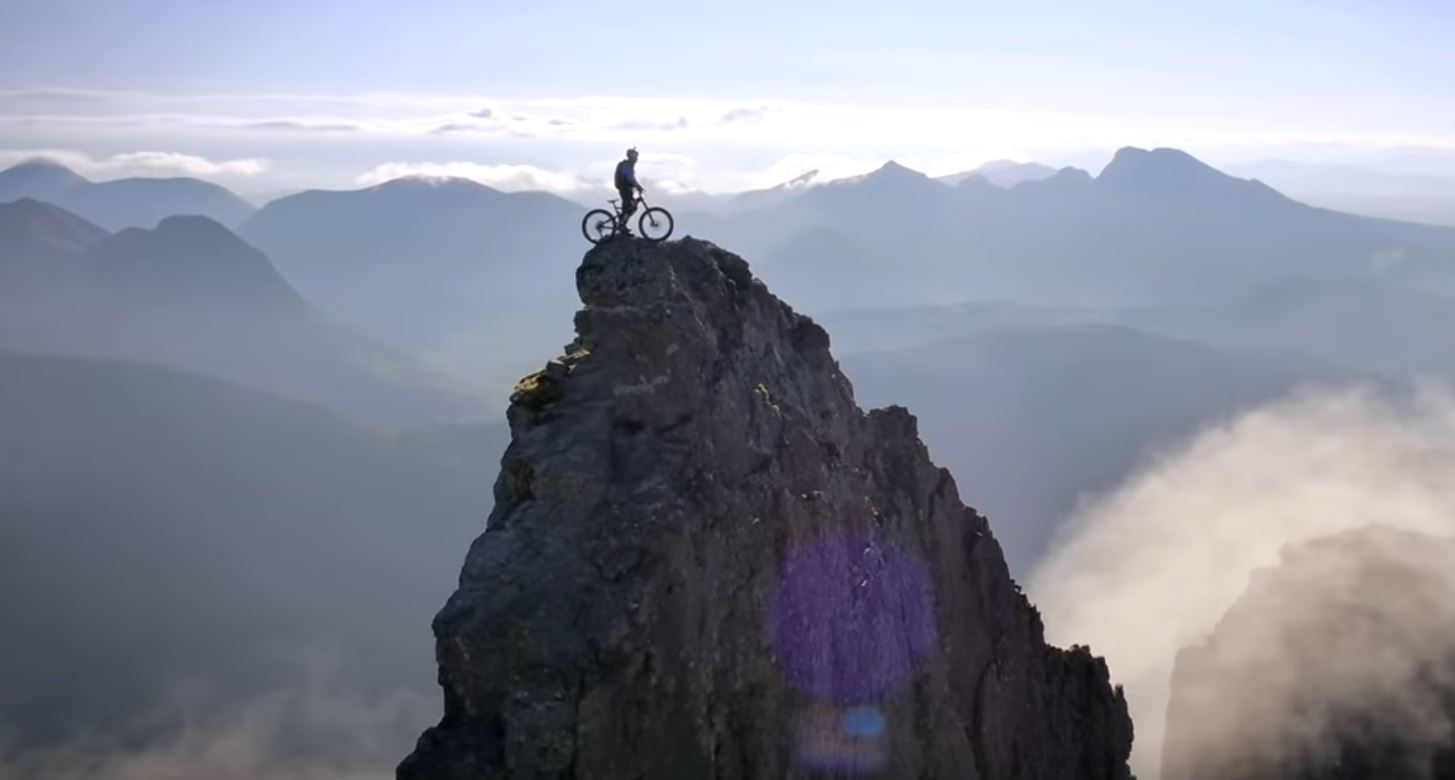 …and when you stop to look around, it’s like being on top of the world.

In the words of one commenter, “Whenever someone tells me that something is impossible, I send them this video…if this is possible, anything is possible…I don’t know how many times I watched this but every time I was blown away by Danny’s mad bike skills. Total Respect for this man.”

Obviously, that’s no ordinary rider. But what about the bikes? What does a world expert ride?

In the middle video, Danny’s riding an MTB trials bike, which is a specific build of BMX featuring a very low frame and low seat–sometimes even seatless!–single-speed bike using super-strong 24″ wheels with 32 spokes and 2.4″ wide tires. You’re not expected to be in the saddle very much, if at all. 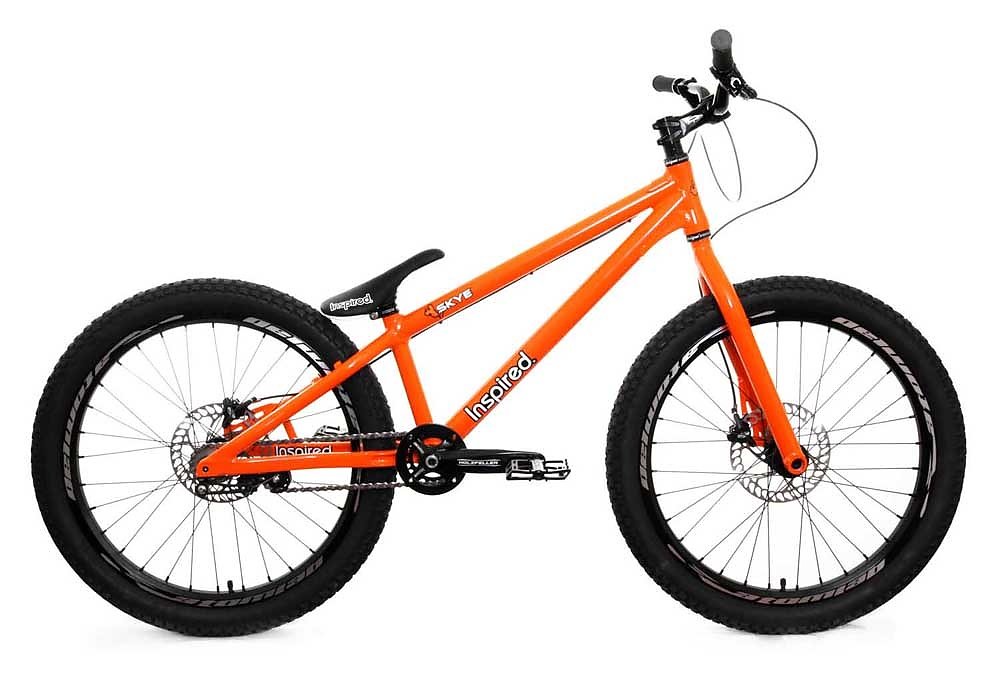 This trials bike, inspired by Danny’s home island of Skye and co-designed with him using his favorite components, is available from Freehub at the low, low price of just $2,906 (US).

The bike that Danny rode in the stunning Isle of Skye video is at the other end of the spectrum–a 27.5″ wheel, carbon-frame, full-suspension mountain bike. The 33-37 lb (depending upon configuration) Santa Cruz V10 (“Five10”) is designed to handle maximum off-trail conditions and features a FOX fork, SRAM 7-speed gearing, AVID brake rotors, Race Face wheels and Maxxis tires. 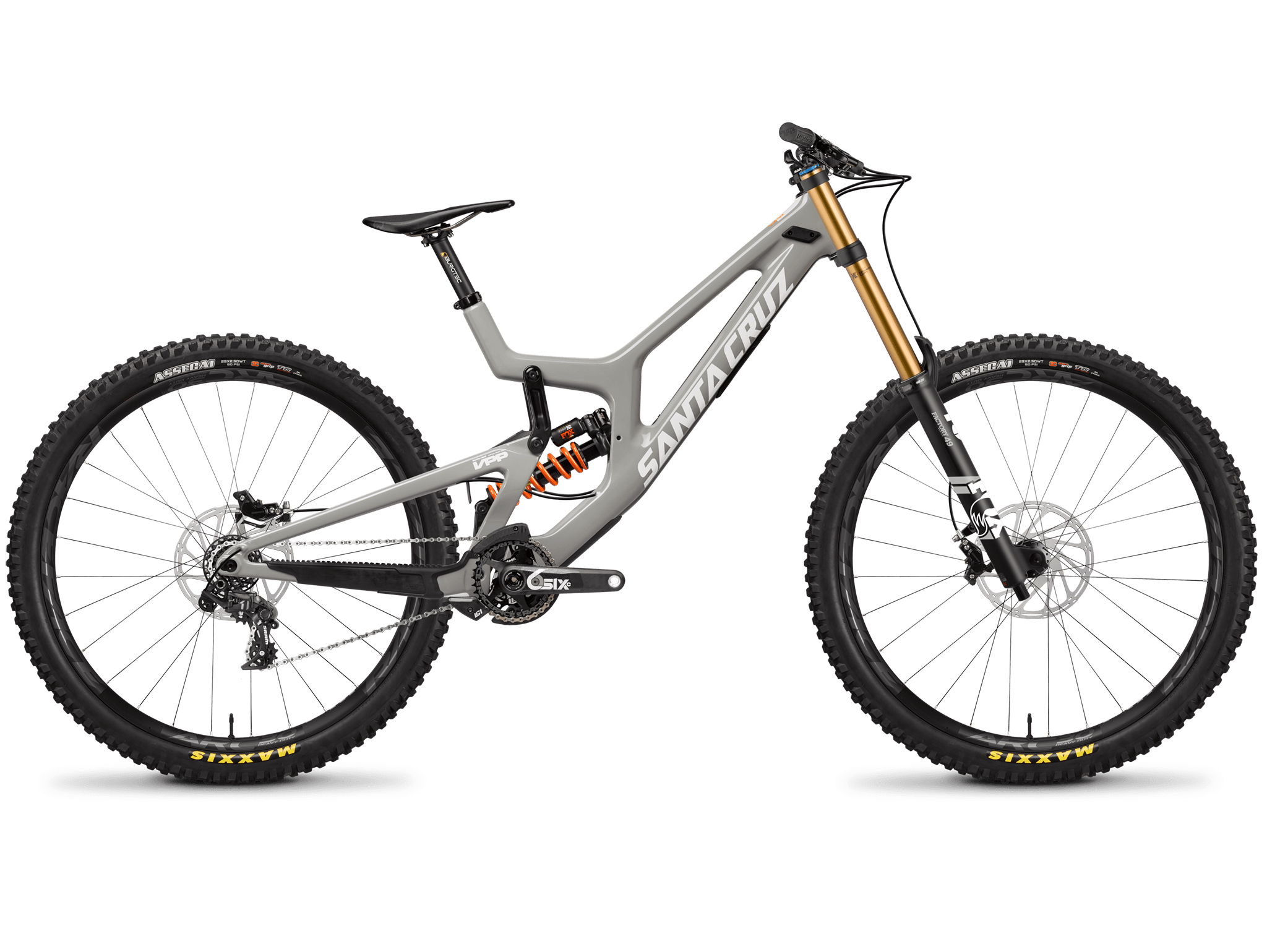 In between the two uses is a trails bike. One that’s good for rugged use on unimproved trails and other off-road riding where leaping off buildings or the sides of mountains is not expected. You know, real-life stuff.  Here’s a 27.5″ wheel, aluminum-frame hardtail MTB optimized for that. This 30-lb CHANGE 812 features a FOX fork, Shimano 20-speed gearing, AVID brake rotors, Maxxis wheels and Kenda tires. 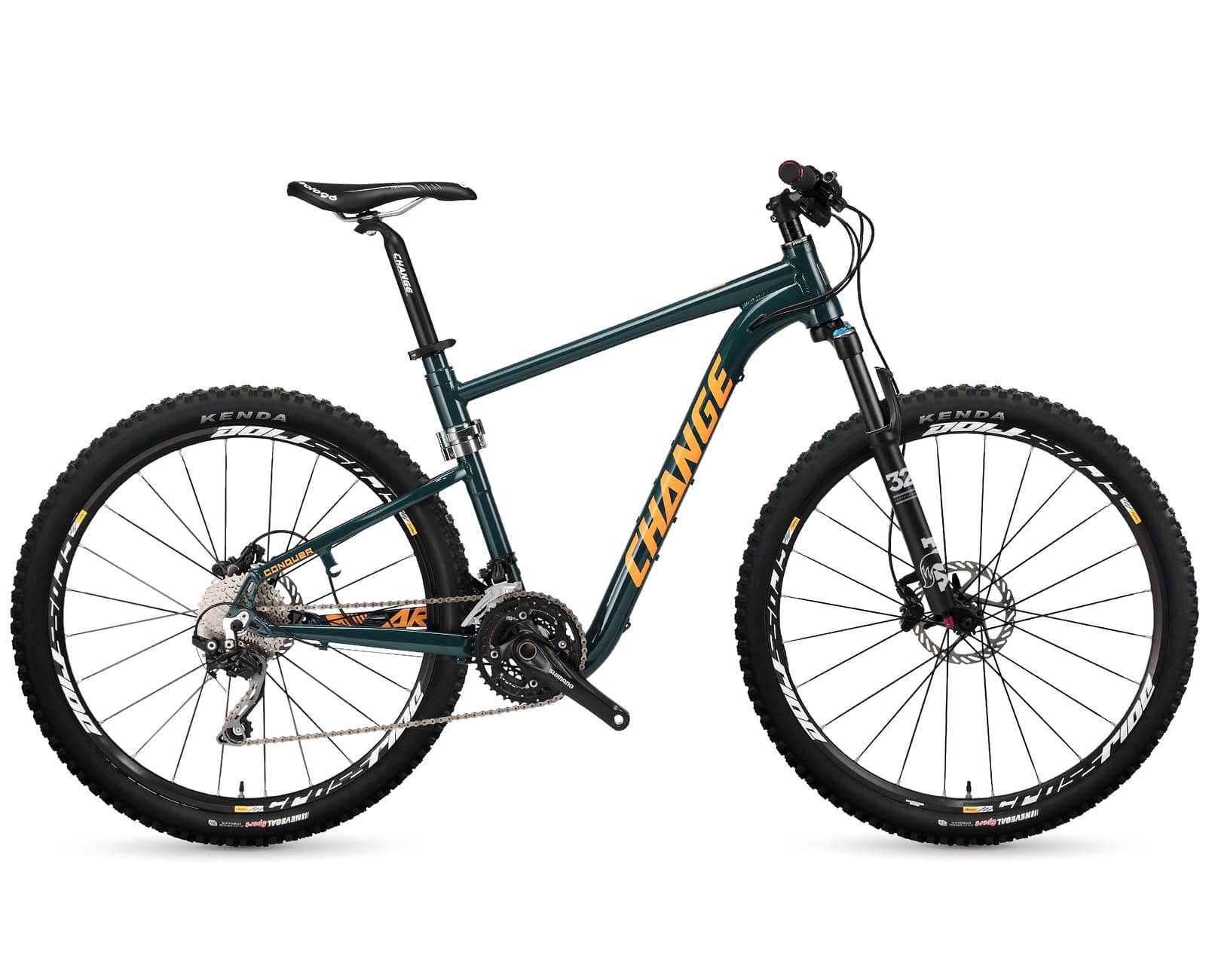 It’s a great deal on the type of bike that you’ll use a lot. But there’s one more thing…

Perform a feat easily that even Danny MacAskill can’t do.

You can pop the front wheel off a CHANGE bike with a standard quick-release…and then quickly fold your bike in half to fit it anyplace where a full-size bike gets in the way. CHANGE bikes are designed to be house-trained, without affecting the overall strength of the frame. 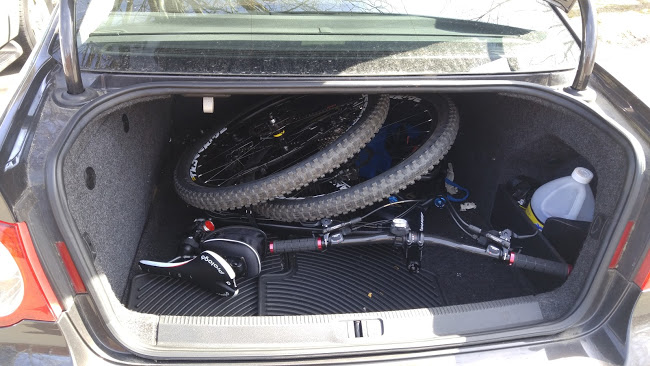 Your bike can fit easily and safely in the trunk of a VW Passat. So now you can take it exciting places to ride easier than ever before!

MTB bike trials riding is a sport requiring immense skill and balance. Most of us will never get there. But with a little inspiration and the right bike, we can go amazing places this year and maybe display some exciting skills of our own before the year’s over.

Happy riding, whatever way you do it. 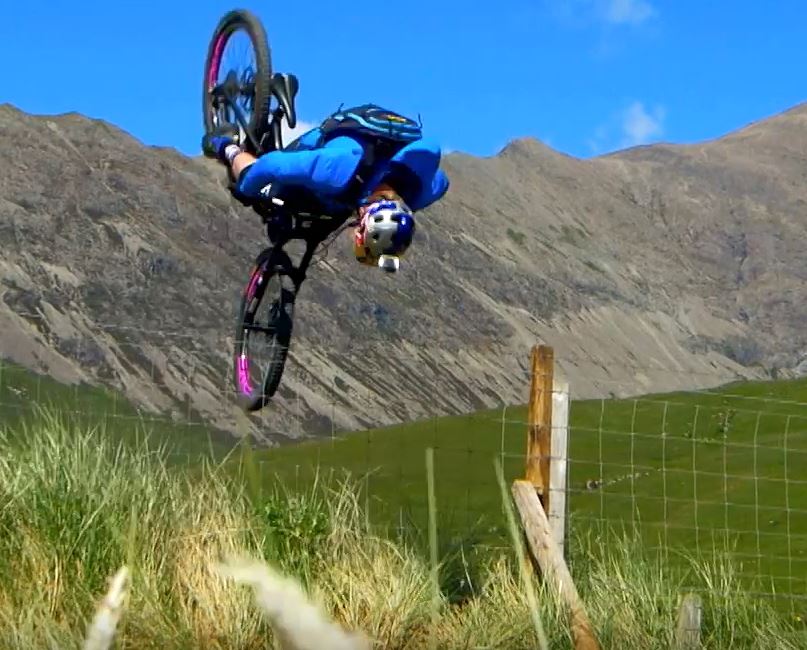