Often, we try to reduce quality measurement down to a single number. A 2.4 liter engine is more powerful and “better” than a 2 liter engine. A 64 GB USB drive is “better” than a 32 GB drive because it has more capacity. So with bikes, we get locked into a numbers race for more and more gears. Better, right?

Not as often as you’d expect. To see why, it’s important to dive one level down and think about what those gears actually do. And that requires a quick photo trip through the 200-year history of the bike.

The first mass-produced two-wheeled, human-propelled vehicle, invented as a replacement for horses in 1817, had no pedals, no gears, and a top speed of about 8 mph on level ground. 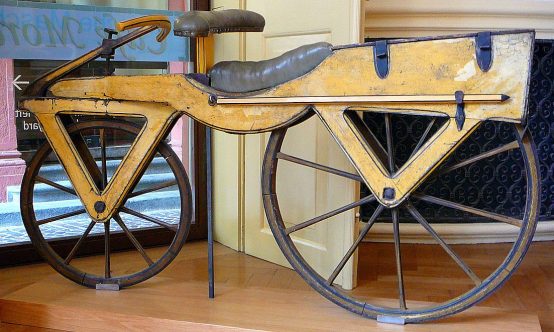 But it weighed 52 pounds, so don’t even try it on a hill!

70 years later, the addition of pedals freed riders to build increasingly large wheels in search of a longer distance with each pedal revolution. Mechanical advantage at last. But don’t fall off on uphills! 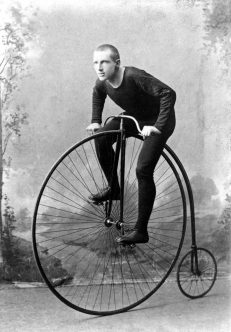 The “safety bicycle” replicated that ability to go further with each pedal revolution by having a large gear drive a small gear, using a chain. It’s the mechanical equivalent of this concept:

With half the teeth on the smaller gear, the driven gear goes twice as fast. Or twice as far if you attach a wheel.

Still, none of this helped anyone get up a hill. But this next development would.

A smaller drive gear helps split the mechanical effort of the wheel turn into smaller units (like using a car jack to split up the immense effort of lifting a car).

Great in concept, but how do we get there? Early 1900’s efforts were just for racers, like taking off the rear wheel mid-race (!) and flipping the wheel over to a larger cog, or the delightfully easier system of leaving the wheel on and using a gloved hand to physically move the chain to a larger cog.

Derailleurs like the Shimano Acera gear system on the CHANGE Bike ruggedized hybrid combine hill-optimized gearing with quick-action thumb-shifters for the best gear for every situation. That’s why this bike is able to conquer a 22% grade with a one-handed rider.

Let’s do the lowest-gear and highest-gear math on my CHANGE Bike, both US-style and European-style:

US-style: How big a penny-farthing bike?

Euro-style: How far with each pedal revolution?

Getting back to the premise that opened this article, yes, number of gears is an indicator. But far more important is the gear range, and why a CHANGE Bike outclimbs bikes with even more gears. The more important question is, what can you actually do with the bike?

With a CHANGE Bike, the answer is simple: Fear no hill.

One response to “Gearing demystified: Put mechanical advantage to work” 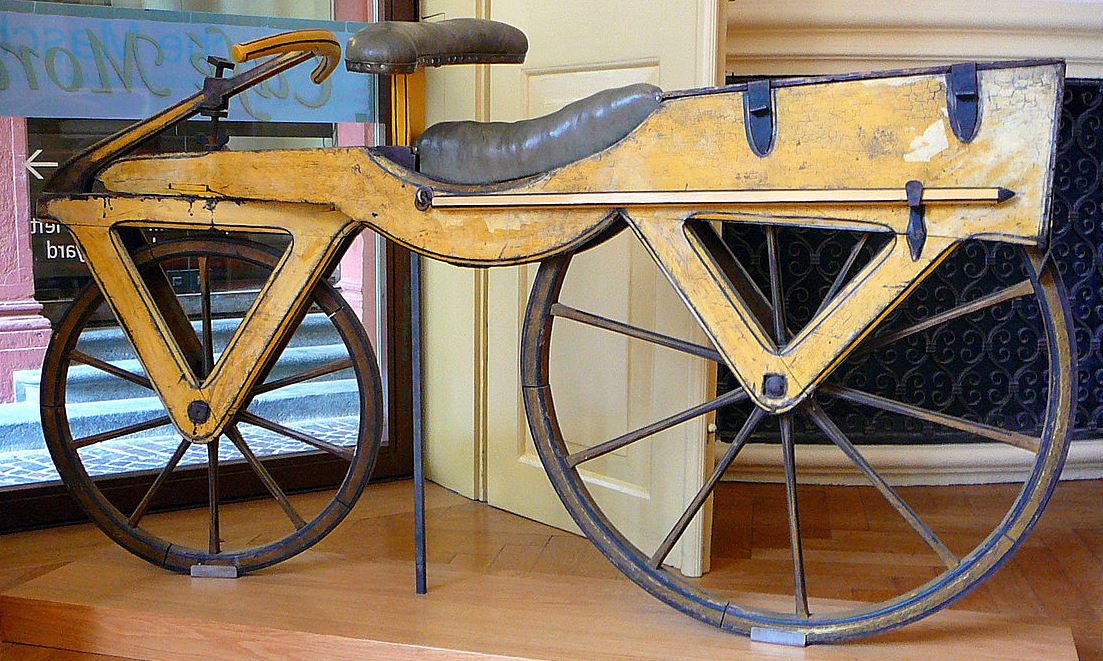