The “network effect” is when the value of something increases as the connections increase. A telephone that can call only one person? Not so useful. But a phone that calls anyone in the world? Now we’re talking.

The same concept applies when investing in cycling infrastructure.

A single bike path that goes one place? Not so useful. A bike network? It has something for everyone! 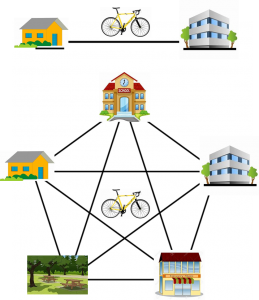 A 2014 study in Auckland, New Zealand quantified both the investment value of bike projects and the value of the network effect. 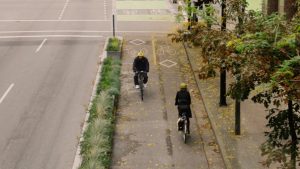 For every dollar spent to build separated bike lanes, cities save as much as $24 in reduced health care costs and less pollution and traffic.

Implementation differences in network effect were significant. If the city built a network of separated lanes and slowed down traffic speeds, it could increase cycling by 40%, but adding a few lanes in a few places might increase bike traffic by only 5%.

Beyond the level of bike traffic itself, there is also a boost in revenues from local businesses, when residents interact at bike speed instead of breezing by at car speed. This is why cities from Boston to Seattle are investing in connecting bike networks. Atlanta alone has budgeted a billion dollars toward biking and walking projects.

And yet, there’s one group thinking even bigger than that…

Imagine the freedom of pedaling from coast of the US to the other, entirely free from any car traffic. 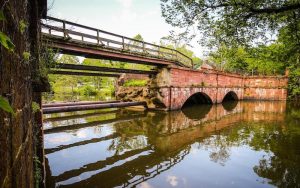 I have fond memories of the C&O Canal Towpath in the VA/MD/DC metro area.

Or, if you’re not personally a cyclist, imagine a continual stream of out-of-town folks biking into your town, looking for adventure, connection, food, and lodging. 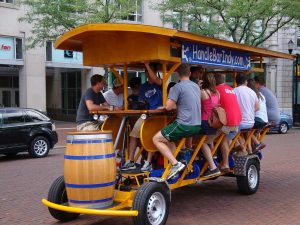 It’s an impressively expansive vision, but seriously…a coast-to-coast path is a 4,000+ mile project involving at least a dozen states. What are the chances of that actually happening? 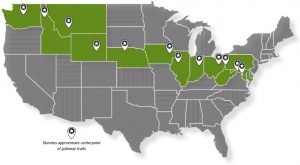 In January 2019, The Rails-to-Trails Coalition announced that this grand vision is already 50% implemented.

It turns out there’s this thing called the network effect–the more states that jump on board and invest in this grand vision, the more valuable everyone else’s investment becomes. So states have a financial incentive to work together on a massive business, health, and recreational opportunity that expresses itself differently in each area of the country.

These are all trails in different states that exist today along a single coast-to-coast route. All that’s left is to connect them together… 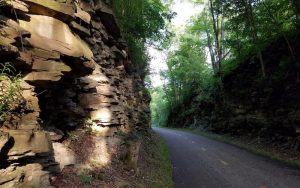 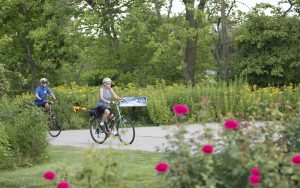 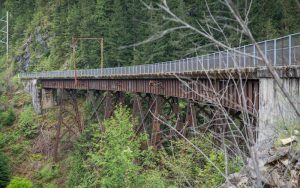 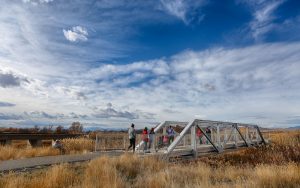 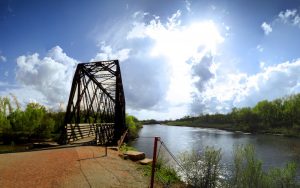 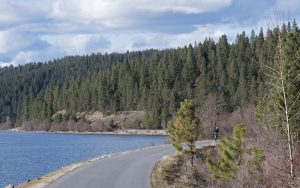 Even if your town or county isn’t directly on the planned trail, that “network effect” value of extra connections is what improves the payback on your own bike infrastructure investments. Who says the network has to be a single line?

The Great American Rail-Trail…now growing in a state near you!

Planning your next great cycling adventure? Learn more about the Great American Rail-Trail from the folks making it happen.

See you on the trails (and off the roads)! 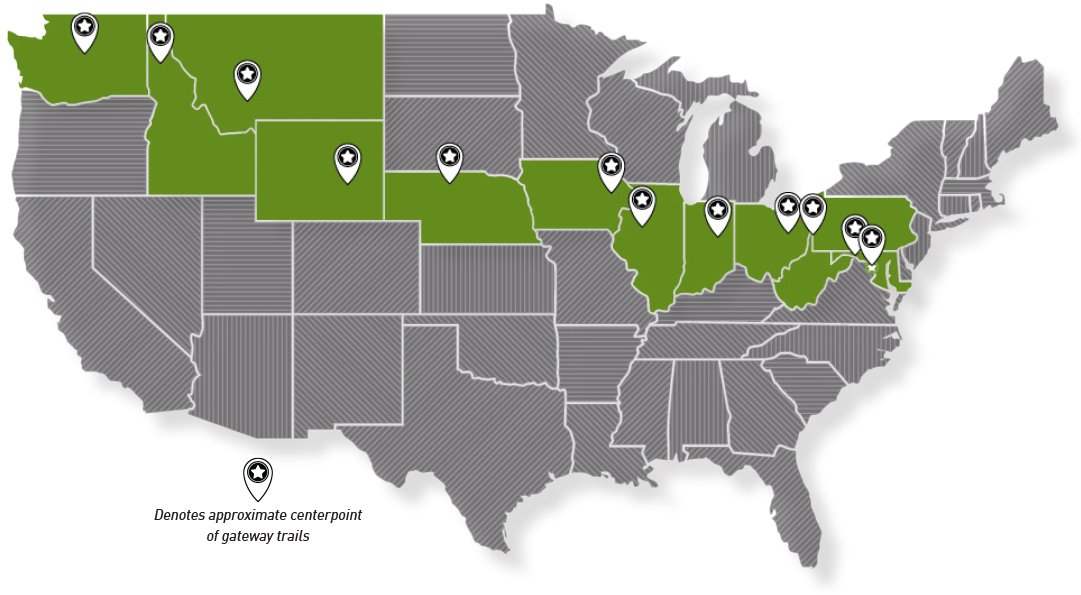