Almost from the moment I set up my booth at the Toronto International Bike Show, folks kept repeatedly bringing up the same subject—aluminum. Yes, our bikes are high-quality, double-butted aluminum, but these discussions weren’t about manufacturing processes. They were more basic, about aluminum itself. 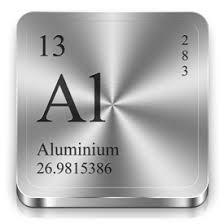 The president of the United States had just tweeted a plan to arbitrarily raise the price of aluminum by 10% for all importers. Our bikes weren’t made in the US, where they? Because that would increase the price of all our aluminum bikes, and with the Canadian dollar already low, that’s quite a hit.

And just like that, I was seeing the negative effect of a trade war on all US companies that make anything out of aluminum—everything from bike companies to Ford truck frames. By executive order, American manufacturers just cut themselves off from the world’s efficient market for aluminum and steel, and other countries’ manufacturing will now benefit from even lower resource competition without US buyers. Great.

When is a bike not a bike?

Across the aisle from the Flatbike booth was a producer of high-end e-bikes. E-bikes are a fast-growing business, both in Canada and the US, with huge variety in motors, battery capacity, and range.

Why is this political? Because the lines between bikes, scooters, motorbikes, and motorcycles are all blurred now. In many parks, both in the US and Canada, any bike with a motor is a motorbike, and therefore off limits to e-bikes. This is true for the Bureau of Land Management in the US, as well as many provinces and municipalities in Canada.

There are good reasons for these restrictions, including safety for back country hikers and horse riders, but any time one community of users has reduced access to public facilities, there will be politics involved. This is just beginning.

When is a non-bike issue bike related?

Even the recent Florida school shooting became a hot bike-related topic in Toronto.

Streetsblog founder Aaron Naparstek discovered that Giro, maker of his favorite bike helmet, was part of Vista Outdoor–a conglomerate that also owns Bell, Camelbak, Blackburn, and other familiar cycling brands. It also is of the largest gun and ammunition manufacturers in the United States. Shooting is an outdoor sport too, but lately, a line had been crossed.

Among other guns, Vista Outdoor sells the type of weapon used in the Parkland, Florida massacre of 17 students and teachers. Vista Outdoor is a major contributor to the National Rifle Association, which has consistently resisted any efforts at accountability in gun sales, ownership, local ordinances, or even incident data tracking. “When I buy bicycle gear, I don’t want my money going to the NRA,” Naparstek told Bicycling Magazine, after tweeting his observations to 6,500 of his closest followers.

From there, the topic blew up.

Two weeks later, an activist was walking booth-to-booth at the Toronto bike show, reminding everyone, including me, that REI has dropped Vista Outdoor products and everyone else should too. But does a boycott of bike products really make sense? Isn’t gun responsibility better handled by legislators and regulations?

Perhaps not. There’s a reason that students nationwide are taking the lead on this issue. We no longer have the same legal environment in which the Supreme Court supported congress’ restriction on Thompson machine gun ownership after Al Capone’s 1929 St. Valentines massacre and subsequent Tommy gun crime wave–which sounds surprisingly familiar. The 2nd amendment is enforced quite differently now, with states even having to reduce local gun safety regulations to accommodate gun-toting permissiveness in neighboring states.

Which brings us back to bikes. If restricting civilian use of combat weapons is a committed public goal, and no law can now achieve this, then the market has to step up. Potential customers collectively changing their buying behavior to motivate different seller behavior may be the last hope for introducing responsibility into the gun rights discussion.

How much (or little) exercise is enough?

New shipment: Which bike is right for you?