My neighborhood is unsafe. What now?

We’ve all seen it—drivers speeding through the neighborhood with complete disregard for family safety, using a residential street as a secondary highway from Pont A to Point B. Yelling “slow down!” has no effect. What’s a safety-conscious resident to do?

Thanks to Trailnet.org, who presented at the Washington Bike Summit last week, there are traffic-calming options available to everyone.

In this video of pop-up traffic calming with painted tires and duct tape, volunteers reduced the average speed through a neighborhood from 30 mph to 17.4 mph, to the appreciation of residents who were temporarily able to walk and bike safely in their own neighborhood. With the benefits clearly established, it’s not hard to see how a day of temporary traffic calming can become a city commitment to permanent safety.

You don’t have to be a traffic engineer to get this started, but you can’t just start putting stuff in the street, either! To make this work, you’ll need to follow a clear, but simple plan.

Not every dangerous street is a good candidate for traffic calming; Residents living along an actual highway have far more of a challenge than people living on a true residential street that is used as a highway. Ideally, you’re looking for a wide paved street (often 55 feet wide), with either a posted speed limit of 30 mph or documented proof of speeding beyond the posted limit. 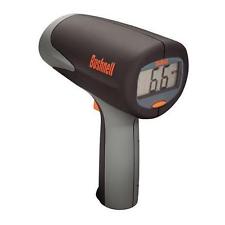 You can get a Bushnell radar gun on eBay for $85, and use it for youth baseball when you’re done.

This isn’t just about people who bike. Anyone who walks or even steps out of a car in fast traffic is a potential advocate for traffic calming. Documentation is as simple as collecting observations from residents and sitting in a lawn chair with a radar gun.

Step 2. Choose a “most dangerous street.”

Making use of social media such as Facebook.com and nextdoor.com, share what you’ve learned. Get neighbors involved, not just with the awareness of which streets are most dangerous, but also awareness of how this condition can be changed with a simple demonstration project. Who wants the pop-up traffic calming demo the most?

You’re not only choosing a most dangerous street but building a network of supporters. If those living on a dangerous residential road had to trade six parking spots for a well-marked crosswalk and a life-saving median, would they do it? Would the city support increased safety if the community were united behind it?

By this point, this should be an easy step. You have vocal advocates, volunteers, a location, a date, and a plan. If your city has never provided a permit for this type of activity, you are simply doing the initial heavy lifting for those who will follow.

Have enough volunteers to do this safety, with the city’s support. Have a place where neighbors can share their thoughts, measure the effect on speeding, and share the experience on the same social media that got you this far.

Stay in touch with your supporters and city contacts, tracking progress through the system as you report your results, asking for specific project funding, and show up together at the critical planning meetings. It’s amazing how much this action is sped up by a group of committed local residents who know exactly what they want and can prove why! 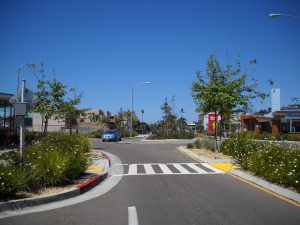 Is your neighborhood biking-ready yet?