There’s a reliability test for mountain bikes. Actually a set of them, called EN 14766.

EN 14766 tests frame impacts, fatigue with pedaling forces 100,000 times, and horizontal and vertical forces of 270 pounds 50,000 times. All so you can have confidence in your bike when it counts.

Due to their patented design, which uses the time-proven triangular frame shaped of “standard” bikes, CHANGE bikes are the only folding bikes in the world that have passed EN 14766 certification.

WHAT MAKES SUCH A BIG DIFFERENCE?

It’s not a surprise, really. Look at nearly most folding bike frames, and you’ll see a single big latch—known in the engineering world as a single point of failure: 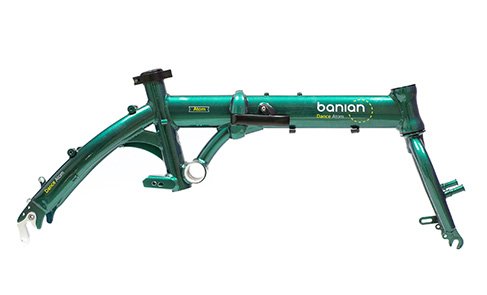 When that latch breaks, your ride is over.

Two folding bike companies have notably ditched the single latch risk for other options, and are worth special discussion.

Montague, a long-selling provider of folding mountain bikes, has replaced the single latch with a rod and hole drilled through the bike’s top tube. The resulting loss of strength in the load-bearing top tube has been compensated for by making the bar big, beefy & heavy. Titanium, anyone? 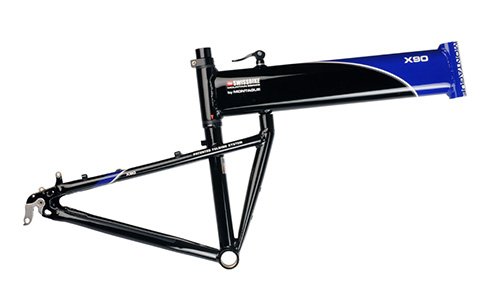 On the plus side, the triangles in the rear add to strength, which is critical if you’re selling (or riding!) a mountain bike.

Bike Friday has taken a different approach, combining a bit of triangulation in the back with the frame latch. 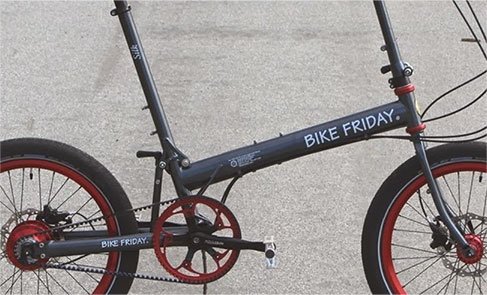 When you’re climbing a steep uphill, you’re putting twisting and backward forces backwards on a long, unsupported bar that will be springy at best. Leaning into a downhill, you’re applying the same forces in the opposite direction. Obviously, even safe, stable jumps are out of the question.

A CHANGE bike, on the other hand, looks like a regular performance bike, and is certified to be as rugged as one. 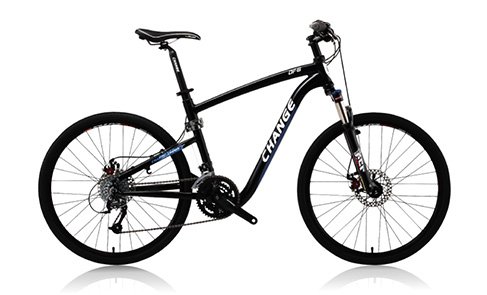 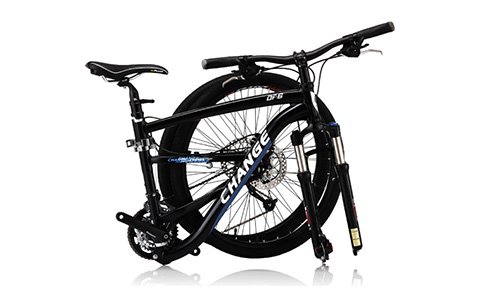 As a result, you can do this all you want:

As other folding bike makers will tell you, small wheels don’t have to slow you down; they can be “geared up” to make the biking experience feel much like a regular bike. This is true, with four big asterisks:

TIME FOR A CHANGE?

Which CHANGE bike is right for you?

Still not convinced? See how a CHANGE bike is a protected investment in biking.