What do planes and bikes have in common?

It’s worth noting that the first airplanes–those that didn’t fly directly into the Potomac River, anyway–were built by a couple of bike mechanics. They created the first aerodynamic-testing wind tunnel. And even today, advanced composites of aluminum, titanium, and carbon fiber that start development in the aerospace industry eventually make their way to high-end bikes.

But this discussion is about an even more mundane topic. It’s about why, in the middle of a big celebration of aeronautical history, Flatbike was demoing bicycles for three days. What’s the connection, and what’s in it for folks who don’t even own a plane?

The main focus in our tent was the CHANGE 809 full-size folding mountain bike with street tires–kind of a shock-enabled hybrid for unimproved roads. Super smooth over potholes and speed bumps. 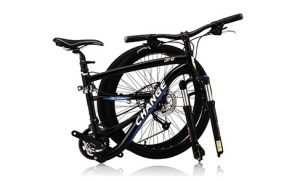 After all, this fits in a plane folded conveniently, without pedals and other extrusions poking holes in the fuselage, then unfolds into a rugged recreational and transport vehicle that gets you interesting places and carries things.

Things that happen only with Flatbike at an air show…

You know how outdoor presenters pause and wait for a noisy jet to pass overhead before talking again?

Imagine demoing a CHANGE bike to an audience of eight, and behind you, back and forth, an aeronautic stunt flyer is also demoing at the same time… 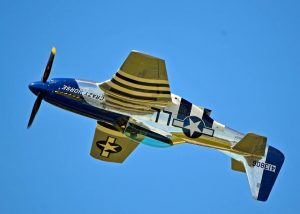 Behind my right shoulder was one inverted flyover after another. Same guy.

I was going to wait for him to pass until I realized he was going to be doing this a while. So I kept talking. Then he stopped the flyovers–finally!–and transitioned to slow vertical stalls and spiraling spin falls overhead.

Sometimes, things are out of our control, and we just have to accept it…

But then I noticed something peculiar. Nobody was looking up. All eight booth visitors were still watching me, ignoring all the action overhead to see a full-size bike bend in half. That’s how exciting a CHANGE bike was!

I was still on the ego trip from that encounter when, during another demo, a boy with his dad was squirming to ask me a question.

“Can you tell me where they’re making the balloon animals?”

Sigh… So that’s where we ranked at the show…. Somewhere between aeronautical daring and balloon animals. 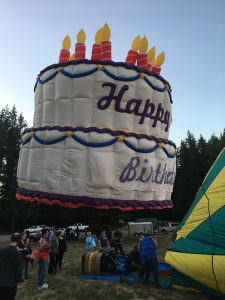 What we learned at the show that applies to everyone.

It’s easy to forget it when we talk about CHANGE bikes all the time, but sometimes just a good, inventive component can make your life easier too. A surprise highlight of the show was the Revelo THINstem, which we’ve just started carrying.

Like a regular stem, this connects the handlebars securely to the fork of your bike. 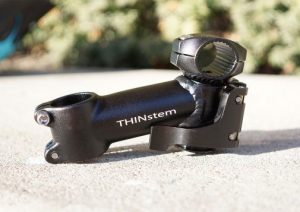 Unlike a regular stem, this one has superpowers. See the lever?

Pull the lever out, and your bars swivel to parallel with the bike, flattening your bike. (Click the image for an animation).

Combined with the pop-off pedals below, and also the non-floppy Flatbike seat bag to hold those pedals, this makes a perfect kit for flattening your bike so it can fit against a wall, in a hallway behind a door…anyplace you’ve got 6 inches to spare. 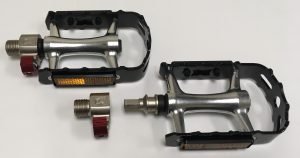 Remove or swap out your pedals for SPDs in literally seconds.

The result is what we call ‘the house-trained bike’. It’s your same bike, just better! 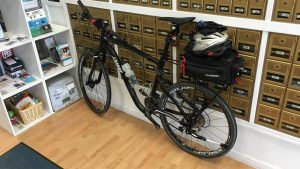 Where could your bike with a THINstem and pop-off pedals? 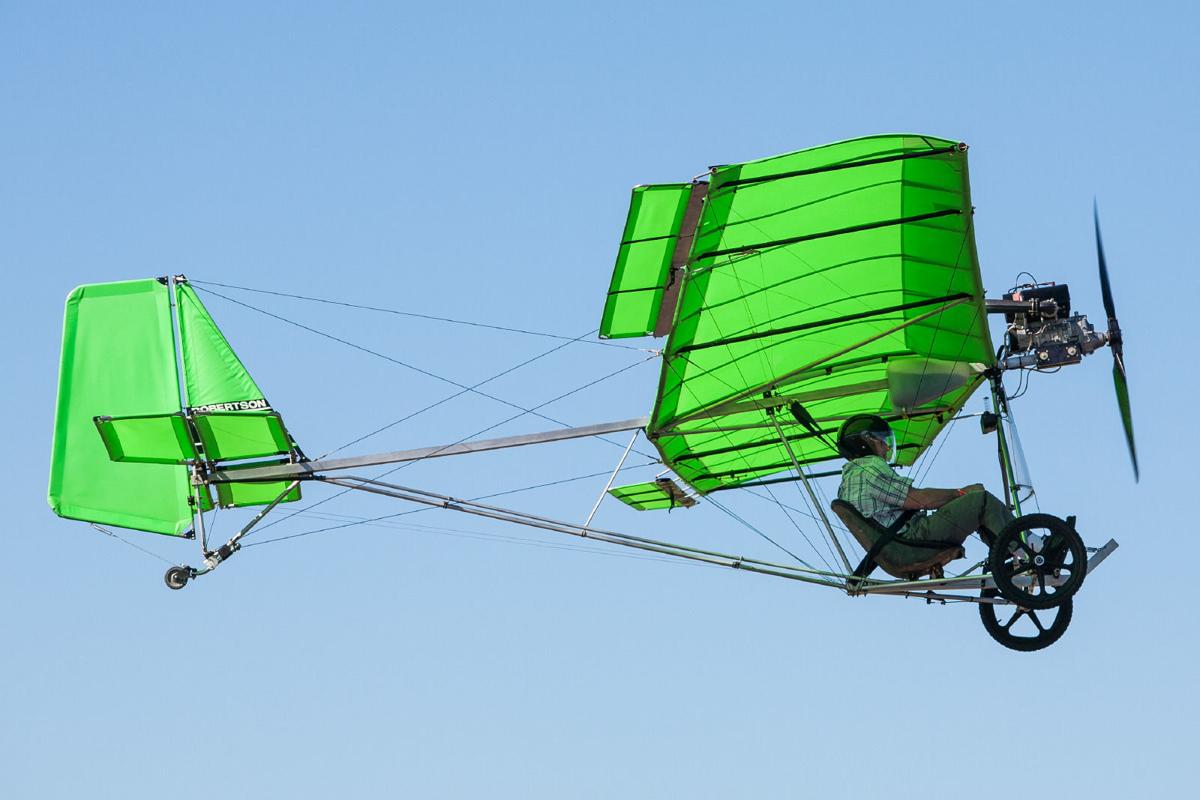