Wild Wednesday: There’s a bike for that!

A lot of people commute to work, but how many professions outside of professional cyclists have custom bikes to do their jobs?

If you follow the news much, you may have noticed a resurgence in police bikes. They are fast, silent, versatile, and in extreme situations, they can even be used together to make an anti-riot wall. 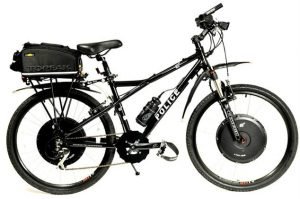 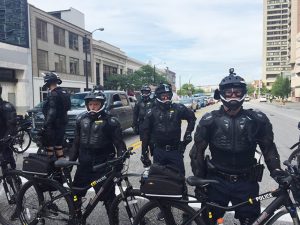 Everyone has heard of bike messengers too. But did you know that UPS started as a bike messenger company…and that it’s returning to those roots with a UPS Cargo Cruiser experiment in Portland after a successful debut in Germany? 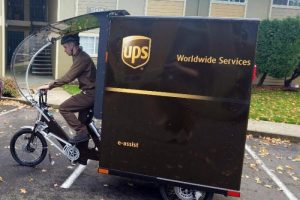 In fact, nearly anything that requires a small truck can be done with a truck bike. Which is why ice cream vendors are increasingly on bike. 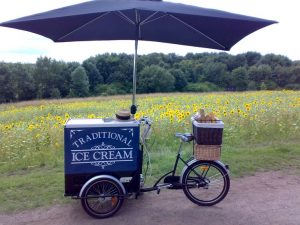 And an ice cream vendor on bike is easier to chase down for a purchase than someone in a car!

But some of the most interesting professional bikes are from a time before cars, when biking and horses were the easiest ways get around. For example, around the world from Russia to Italy to New England, fire bikes with built-in fire hoses often followed the water cart. Sometimes they even were the water cart. 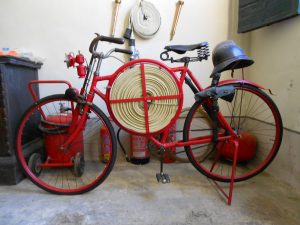 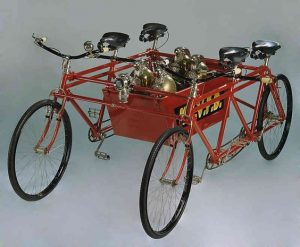 And that’s just the beginning. Any profession that required a person to move around a lot tended to have a bike for that purpose. 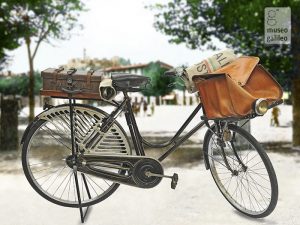 The postman. Is this what the first UPS vehicles looked like? 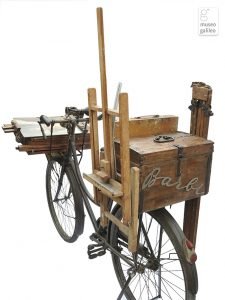 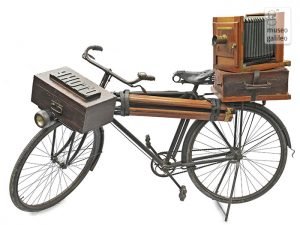 Eventually, you could do that with a photograph too, so photographer’s bikes became common.

When people were outstanding in their fields…

On thing was certain in rural America in the early 20th century. Your fields obviously weren’t coming to you, so you needed to bring your skills to the fields…by bike. 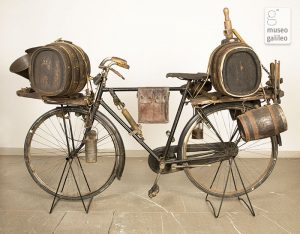 With grape vines staying put, the barrel maker took his equipment to the grapes. 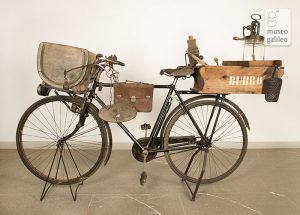 Technically, cows are mobile, but why take them from their happy place just to milk them?

The dairyman could even churn and mold butter from a bike, making this the ideal vehicle for production or market sales.

When people had jobs doing what???

Even in a time of economic turmoil, it’s easy to forget that jobs come and go. Who’s heard of these jobs? 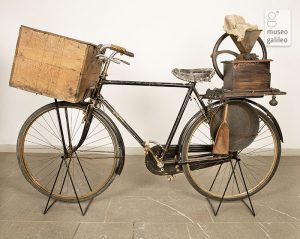 Before you could grind your own salt at the table, there was the salt grinder on a bike. 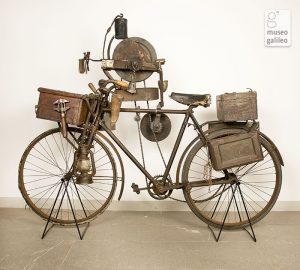 The knife-grinder’s bike may look similar, but the chain drives the sharpening wheel!

And finally, my all-time favorite… 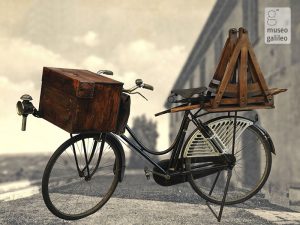 The wood carder. This portable device fluffed up wool to refill old mattresses.

Yes, in the time before disposable mattresses, someone was actually a professional mattress refluffilator.  Just one more job that the bicycle handled with style.

What do you need a bike to do?

CREDITS: Thanks to the Marco Paoletti collection at the Museo Gallileo in Florence, Italy. 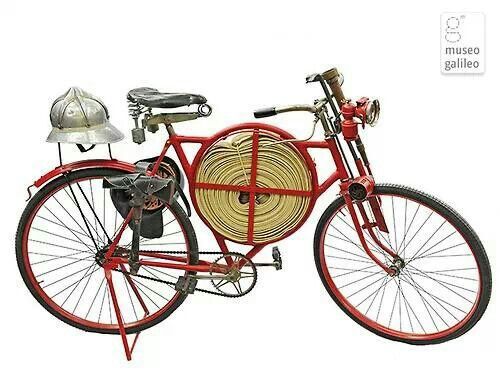