The upsides and downsides of quick-release hubs

A lot of bike technology trickles down from the racing circuit to casual riders, whether or not it meets our needs. A perfect example is the quick-release skewer, which turned 90 years old in 2017, and was invented to solve a problem that no longer exists in this century.

A quick-release skewer is a type of bike wheel axle that can be loosened simply by pulling a lever. That turns a cam that widens the distance between the nuts, allowing the wheel to be removed easily. 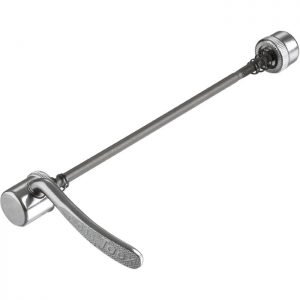 From the 70’s to today, it has changed only slightly, from side-mounted steel to a center-mounted aluminum cam. Then, as now, the main intent of the quick-release was to make it easier than pulling out two wrenches to remove a wheel and change a flat tire.

But this axle type didn’t start out that way…

The origin of the quick-release.

In 1927, bike racers had twice as many gears as most folks. They had two gears! All you needed to shift to the other gear was… unscrew the wing nuts on your rear wheel, remove it, flip it over, reattach the wheel to the chain, and screw everything back together straight. Easy peasy? Not with cold fingers!

Tullio Campagnolo, an Italian bike racer, had numb fingers. He had been well placed ahead of the pack before the gear change, but his whole race fell apart when he couldn’t hold a wing nut anymore. If only there were an easier way to remove a wheel! And just like that, the quick-release skewer–and the whole Campagnolo bike company–was born.

With later developments, like the ability to change gears without removing and flipping your rear wheel, the original purpose of the quick-release skewer was lost. But this axle remains standard equipment on even the cheapest bikes over $300, just so you can change a flat easily.

The downside of quick-release skewers.

There are two downsides, actually. 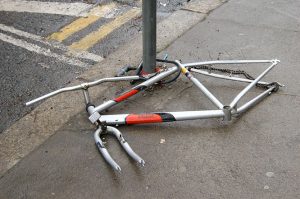 If you can remove your wheel without any tools, so can anyone else.

Bike seats and wheels with quick releases are the most commonly stolen equipment. Good wheel locking habits are important. Either thread a chain (not a cable) through both wheels and your frame, or use separate u-bolt locks–one for your frame and one wheel, and one for your other wheel. 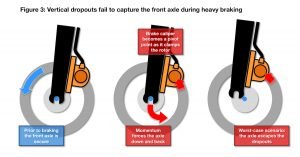 The force of disc braking pulls the axle away from the fork.

And if you have disc brakes, it is essential that your front quick-release especially is attached tightly. Quick-release axles in general should be attached so the handles are all the way in, but slightly difficult to push in.

In cases of extreme stress, CHANGE bikes hold up well, but it’s still important to check both your quick releases before riding. Yesterday’s mail included this note from a friend of a customer:

“Over this last weekend, I bike-packed with (two friends) over 41 miles of very rough west Texas. So rough, I would estimate we rode 1/3, pushed 1/3 and carried the bikes 1/3. The two Change bikes (they) used did very well. He did have one issue with a pannier frame on his catching the rear spokes. It caught and stopped the wheel, bent the pannier frame, pulled the wheel out of the frame and bent the derailleur.

After 20-30 minutes, we got it straightened to near original condition and rode on. I was amazed that it didn’t rip out half the spokes. We didn’t see one bent spoke. That’s a tough wheel. And the aluminum derailleur mounting bracket bent and saved much of the derailleur mechanism. That’s a great design, whether intended or not.””

The next frontier of quick release.

A mere 90 years after the invention of the QR skewer, there’s a new kid of the block. A pack of them, actually. Cue up the quick-release locking skewer.

Once a radical concept, there are now at least eight different models on the market, each offering an easy way for you to take off your wheels while thieves cannot. And just like that, you’re back to carrying just one lock, regardless of what type of bike you have. 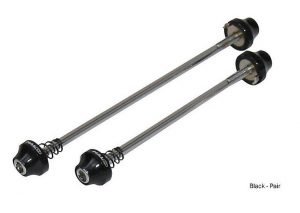 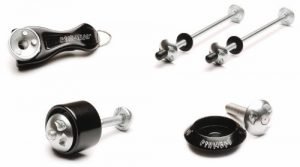 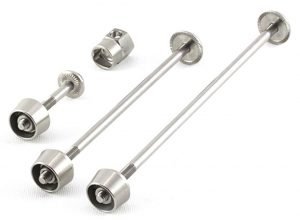 That’s a lot of choice! And any of these can be added to any CHANGE bike.

At Flatbike, we’re starting to build a reference model for a road bike that can be built with a CHANGE frame. And Pitlock locking quick-release axles are part of that. They’re pricey, but with an 83% perfection rating and no reviews at one or two stars, it’s just the type of top experience we think our customers should have when they get a Flatbike-designed model on a CHANGE frame.

That’s not getting stolen easily… and the rider can carry just one small u-bolt lock.

What do you think? Should we stock them separately to add to other CHANGE models?

One response to “The upsides and downsides of quick-release hubs” 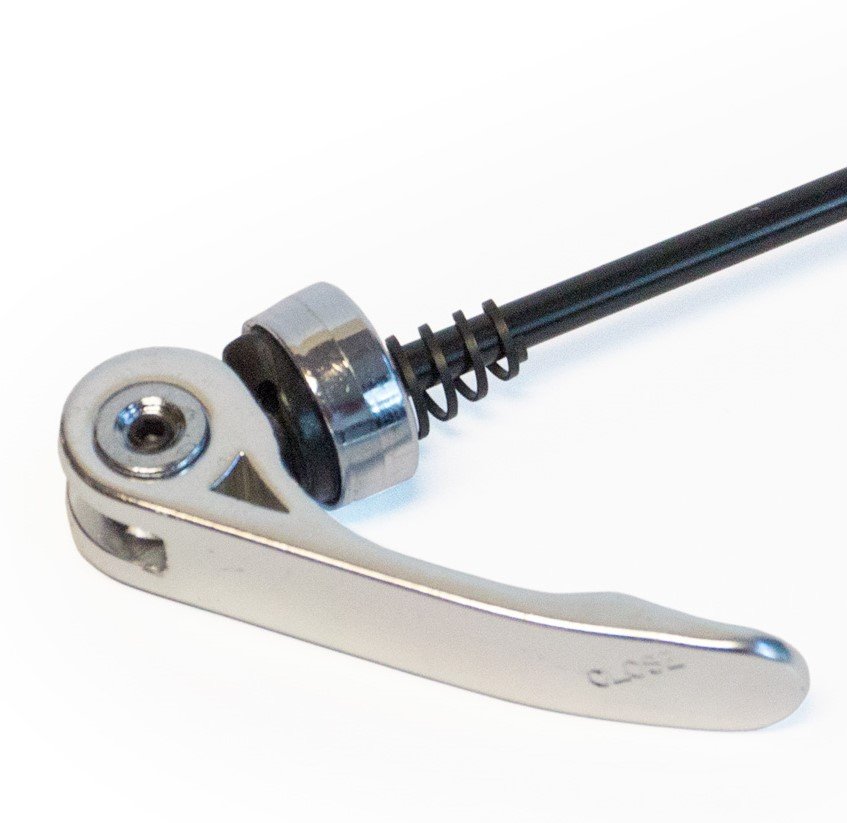