Can you roll a folded CHANGE bike?

First, let’s be clear that this question applies only to the CHANGE 702, which is the only CHANGE bike where the folded frame latches together between the fork and kickstand. The implications of that latch are important, as we’ll explain later.

Now, where did this question originate?

Changebike has a compelling video about rolling a folded bike through a subway, in and out of its soft case. Such a good match for a train system!

First, the actual rolling position is shown only for a couple of seconds, so we’ll do it in slow motion. 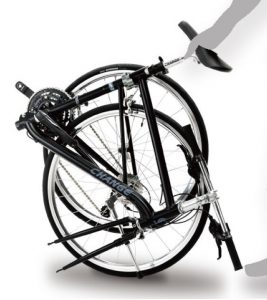 Extend and latch the seat out as far as it will go, then turn the bike pedals and seat up, like this.

Without the picture above, I tried to roll the bike from memory at the NYC Bike Expo at a visitor’s request. And the visitor tried. We both failed.

Why? The right handlebar, kickstand, and right side of the fork are all within an inch of the ground, so your hand position really matters. One wrong move, and you’re dragging one of those on the pavement.

The good news is, with the kickstand latch making the handlebars and fork motionless, there is the possibility of a higher degree of accuracy than is possible with other CHANGE frames that attach together at the frame with a strap. Besides, other models have longer handlebars.

Other good news is that the handlebars are rubber tipped, as is the kickstand. So as long as you keep the fork off the ground, you should be fine. It does not roll backwards.

But how easy is it to roll with control once you know the “right” way? We put it to the test.

Not only is it possible, but it may be useful in some situations.

The turnstiles shown in the original video are retracting barriers that simply get out of the way when a bike goes by. 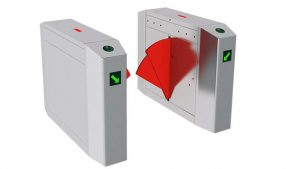 But the last time I took CHANGE bikes through a turnstile in the US, it was the rotating type, which doesn’t get out of the way. It just lets your legs and torso slip through before trapping your bike. 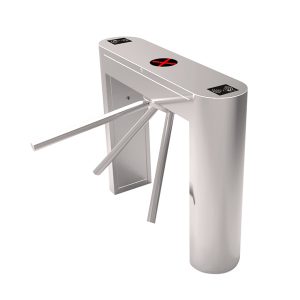 Which type do you have in your train system?

To roll or not to roll? Our conclusion…

In our experience, the best way to get bikes through a subway or any distance of not riding is to simply bag them in the standard carrying bag and carry them. 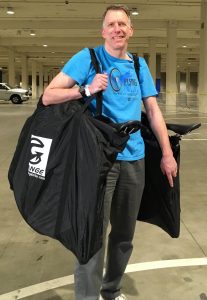 This works anywhere. (Although turnstiles are still annoying with two bikes at the same time).

So…back to our original question. Can you roll a folded CHANGE bike?

I can (and now you can too), but Flatbike won’t recommend it until there are removable protective rubber booties for the fork ends—not a bad idea for everyone’s bike.

What about you? Do you see yourself relying on this feature? 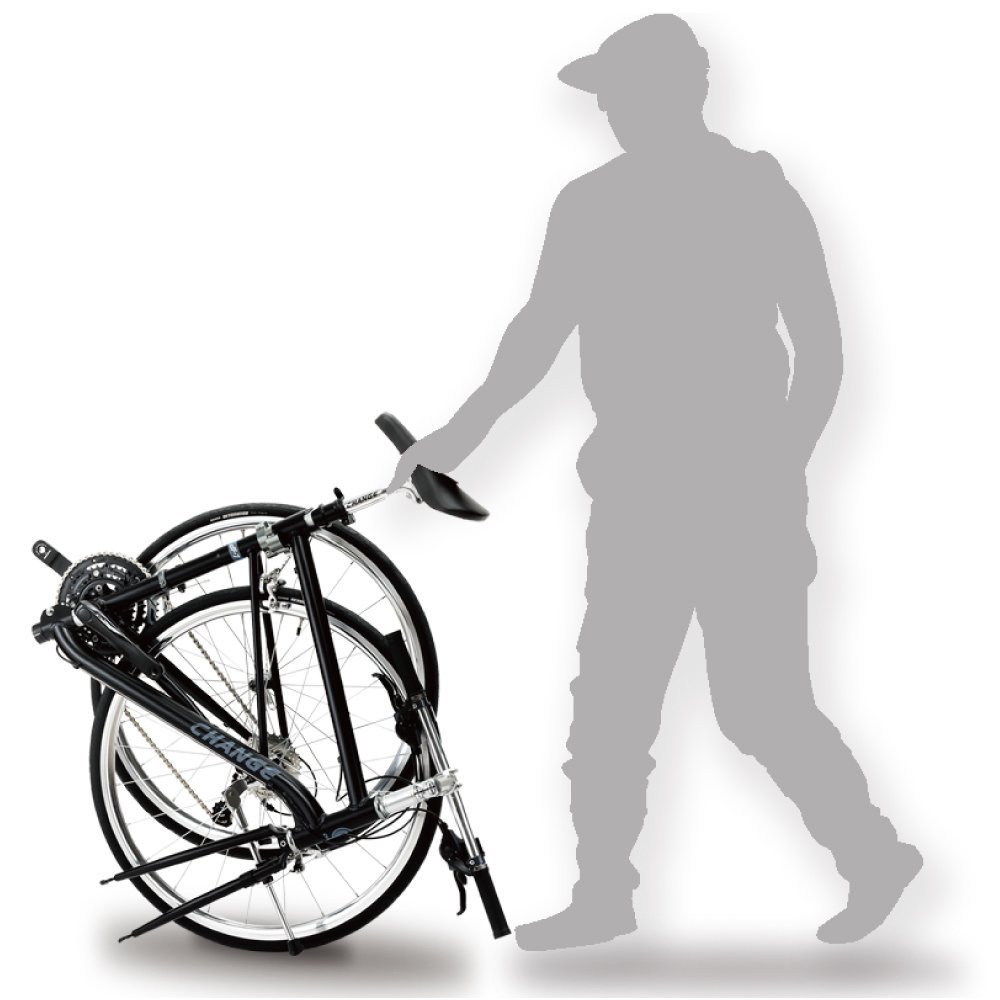 Seven basic skills every cyclist should have (and what’s new)