From Saddle to Saddle: The Story of Victoria Pendleton

Few things in the world are more celebrated than athletic achievement. Sports stars are revered for their dedication, hard work, and willingness to push themselves beyond the norm in order to be the best at their chosen discipline. One such star is former British cyclist Victoria Pendleton. 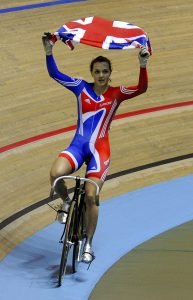 The biggest sporting event in cycling is the Olympic games, and this is where Pendleton became a household name in the UK.

Respected as one of Britain’s most successful cyclists, she made the move that most athletes wouldn’t dare and switched disciplines after retiring to became a jockey. Her challenge was to compete in one Britain’s most prestigious and toughest races, the Foxhunter Chase at Cheltenham Festival.

The hitch: she had twelve months to become a professional jockey, having never sat on a horse before.

To her critics, the move from cycling to horse racing was just a publicity stunt. To her, it was just another tough athletic challenge.

According to Total Women’s Cycling, Victoria Pendleton’s story began in 2001, when she exploded onto the British track cycling scene as a student winning three medals at the National Track Championships. Her talent was quickly recognized, and over the next four years she rose up the rankings until she won the gold medal for the sprint event at the 2005 World Track Cycling World Championships, becoming just the third British woman to win it in 40 years. She would win the World Championship sprint a further five times.

Despite her success, Pendleton told British newspaper The Telegraph how she was discouraged by coaches, with one coach telling her “[she] was too skinny, too puny, and had no natural acceleration.”

Yet no matter how hard they tried to bring her down, Pendleton would constantly prove her critics wrong.  In the 2008 Olympic Games, Pendleton won the gold medal for the individual sprint and followed this success with two more medals, gold in the keirin and silver in the sprint, at the 2012 games held in London.

In 2015, she had never ridden a horse. A year later, she was a professional rider.

After her success in the Olympic Games, Pendleton retired from cycling. However, rather than rest on her laurels, she decided to return to sport, except this time riding a different saddle. SBC News reported in 2015 that she was going to be sponsored by Betfair Horse Racing, who cover major racing events such as the Grand National among others, to train to be a jockey and compete in the Foxhunter Chase at Cheltenham, despite having never ridden a horse before.

Like her cycling career, she immediately faced criticism with cries that it was nothing more than a publicity stunt and that she was bringing the sport into disrepute and herself in danger.

In true champion fashion, Pendleton went on to stun the racing world by not only completing the race but finishing in fifth place. The Guardian noted that while an injury to herself or the horse would have be a disaster for the racing industry, her victory had widened awareness of the sport. 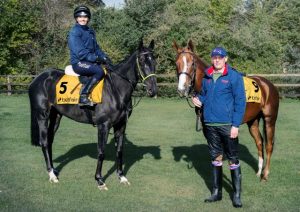 Speaking after the race, Pendleton said: “I was quite a humbling experience that I’ll never forget. It ranks up there with being in the Olympic Velodrome in 2012.”

The same determination and hard work that led her to two Olympic gold medals had clearly once again paid off.  Pendleton continues to ride to this day and her success is used as an example of how far hard work can get you.