PeopleforBikes is the largest biking advocacy group in the United States, with over 1.2 million supporters. And they don’t focus on bike manufacturers or spandex-covered elite athletes, but on the rest of us — on the biking challenges everyday folks face in communities in every state. 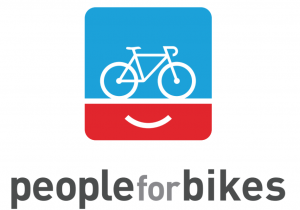 How do they know about what local challenges we face? We tell them.

From now until December 6, PeopleforBikes is running their annual Places for Bikes survey, which enters you into a sweepstakes. Yes, if you’re one of ten lucky entrants, you might win something or other. But when we make this advocacy group aware of what’s working and what’s not working in our own home towns, we all win in a different way, because we link nationwide advocacy to the reality near us where it matters. 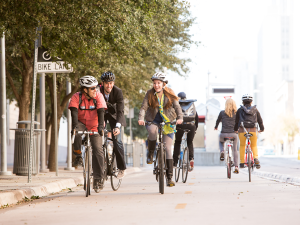 An example: The rise of bike commuting.

Commuting to work has jumped 50% nationally over the past decade. Great news. But how did it happen? Will this activity continue to grow?

Certainly cities have played a big part in the rise of cycle commuting, as they independently rolled out “active living” plans designed to get solo commuters off of busy streets and into other forms of transportation that are easier to scale up and build more of a sense of community. 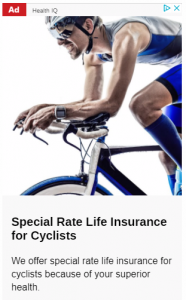 Insurance companies have also gotten in on the act, recruiting healthy members and encouraging others to bike more often as part of a healthy lifestyle.

Meanwhile, employers have pushed in the same direction, seeing cycle commuting as a way to reduce parking requirements and grow a healthier, more productive workforce. Some employers even pay a $20/month bike commuter benefit to nudge participation along.

Where did this $20/month number come from and why is it consistent across businesses? That’s where a national focus comes in. This is a benefit that companies can offer federally tax-free to their employees, so many of them do…for now. 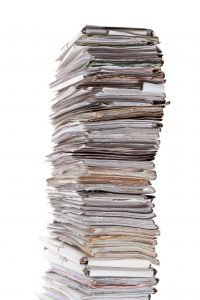 Really, who has the spare time to analyze draft tax plans?

PeopleforBikes has reviewed both the House and Senate tax cut plans with biking in mind. The House version kept the bike commuter benefit, which is mostly paid by employers and costs the government about $5 million/year in lost taxes. The Senate plans to eliminate it.

Will the bike commuter benefit survive the tax plan merge? Nobody knows. But we do know the organization that is lobbying for it and other initiatives on behalf of cities, employers, and individual health. And now PeopleforBikes needs local info to do its work. Can you help by taking the survey?

What you’ll be asked about…

We just filled out the survey here at Flatbike. It asked us about what areas are safe for different types of riding to ride in our local town, what the best local bike friendly parks and events are, how much civic support biking gets, and what else we’d like to tell them about biking in our home town. 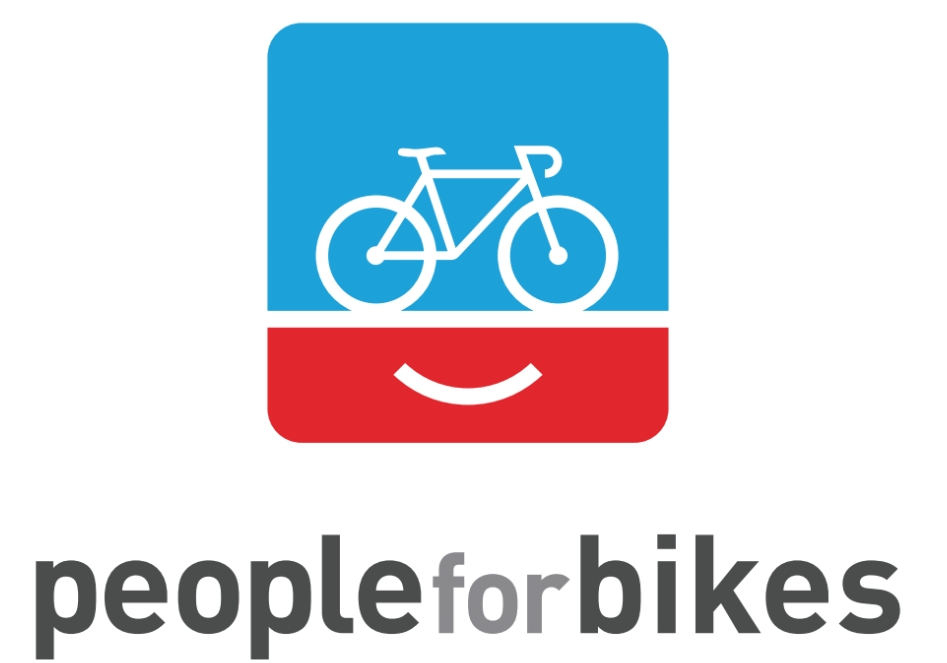