How to convert a bike into a snow plow

Across most of the US and Canada right now, cities are digging themselves out from the first “snowmageddon” of the winter. Highways and streets are getting plowed. Pedestrian sidewalks are getting shoveled and de-iced to keep walkers upright.

Bikeways? Not so much. If they’re protected, there’s no equipment small enough to plow them. And if they’re not protected, this happens… 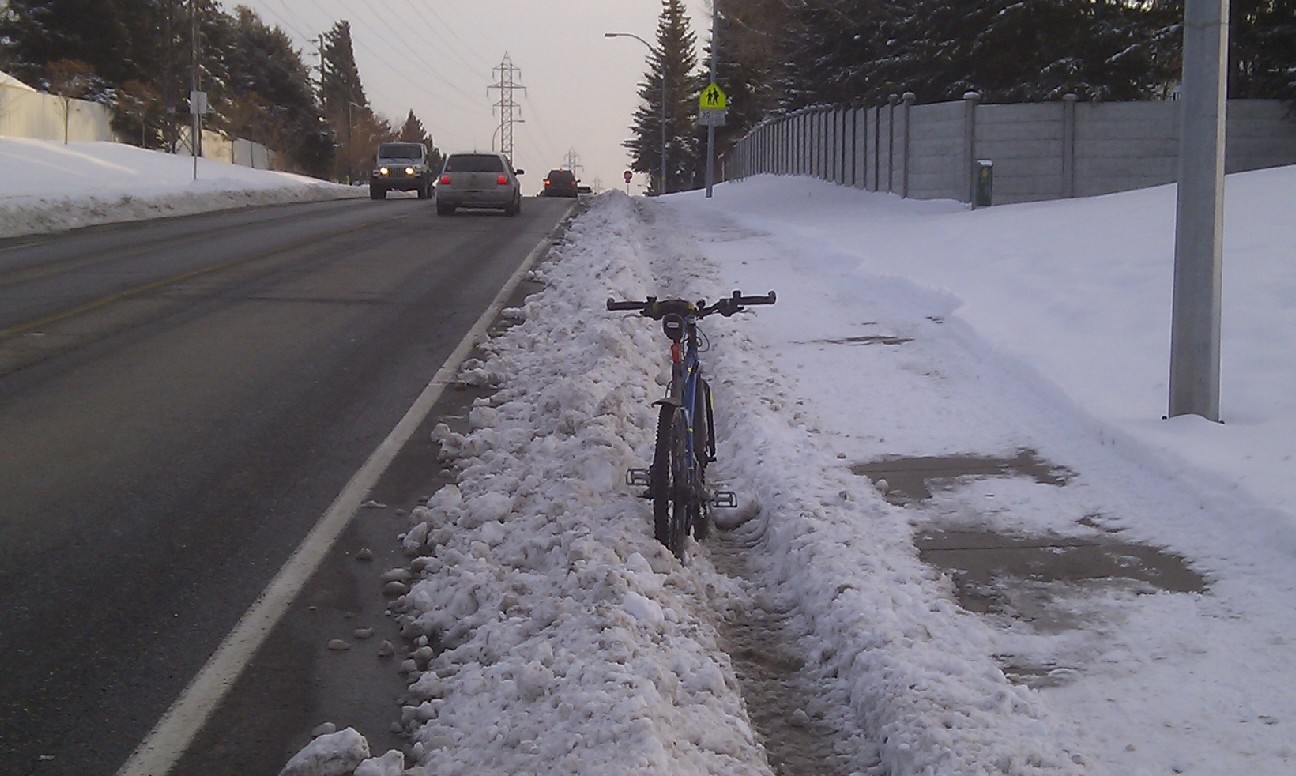 The big problem is that bikeways vary. They can be the same 4-foot width as good sidewalks, cleanable by whatever a city uses to get snow off its sidewalks, or as small as a 2-foot bike lane that gets a road worth of snow dumped on it by city equipment.

This isn’t a problem that gets solved by residents with brooms and shovels. We’re going to have to engineer our way out of this with something narrow that rolls and plows…possibly a bike snow plow.

As simplicity goes, this one can’t be beat. 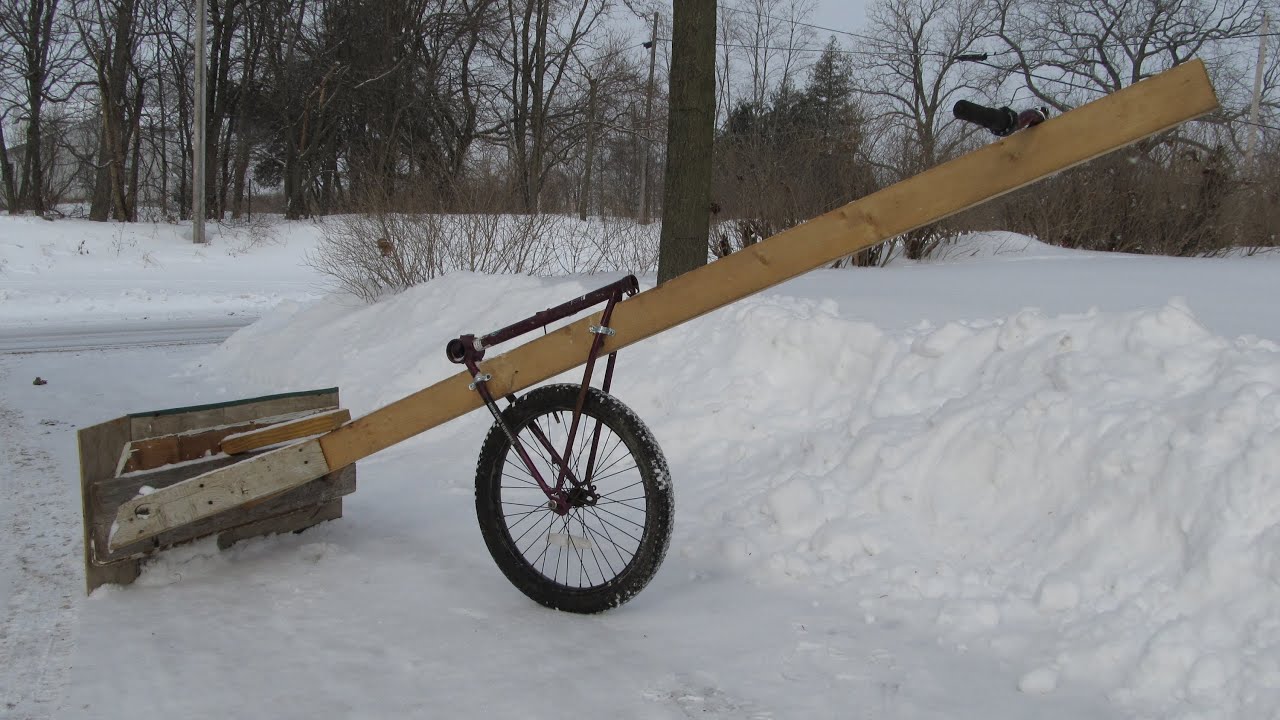 Does part of a bike count as a bike? Or is it more like a snow wheelbarrow? 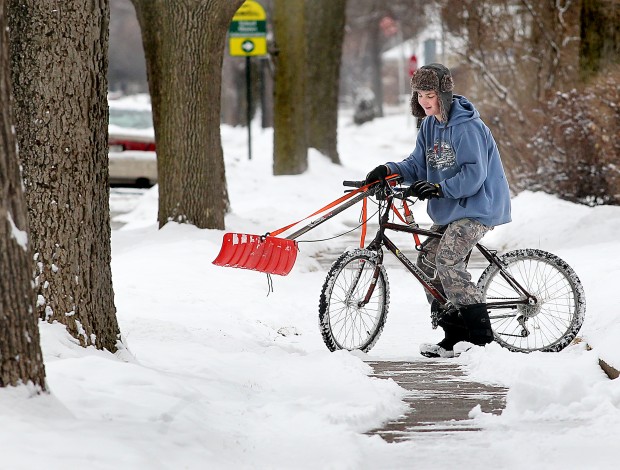 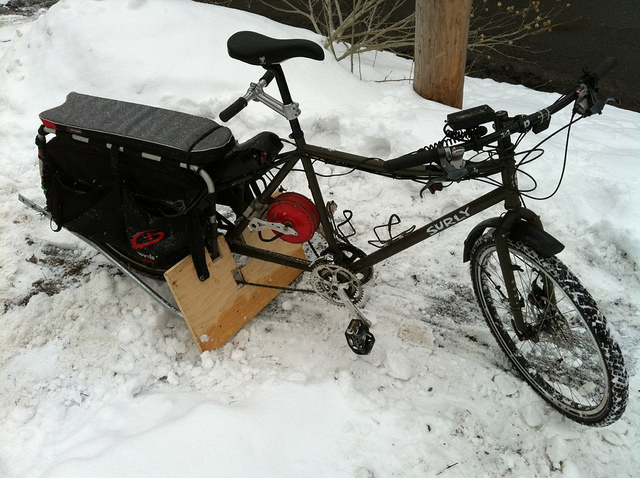 …or even a well-placed board (with hilarious cut-out for the chain.)

At this point, folks are serious about riding a bike to move snow. Even if it means adding a bunch of parts. 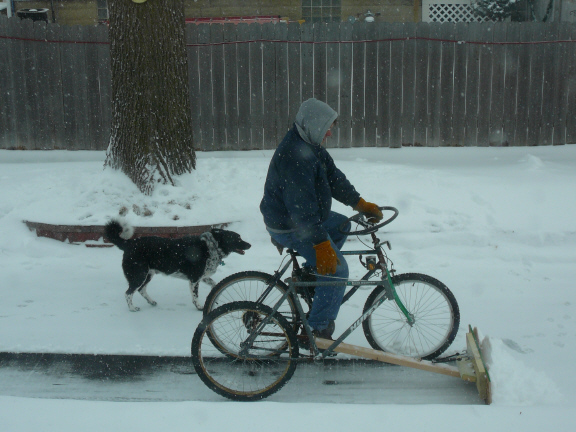 This one looks pretty simple…until you realize there’s an extra half-bike involved! 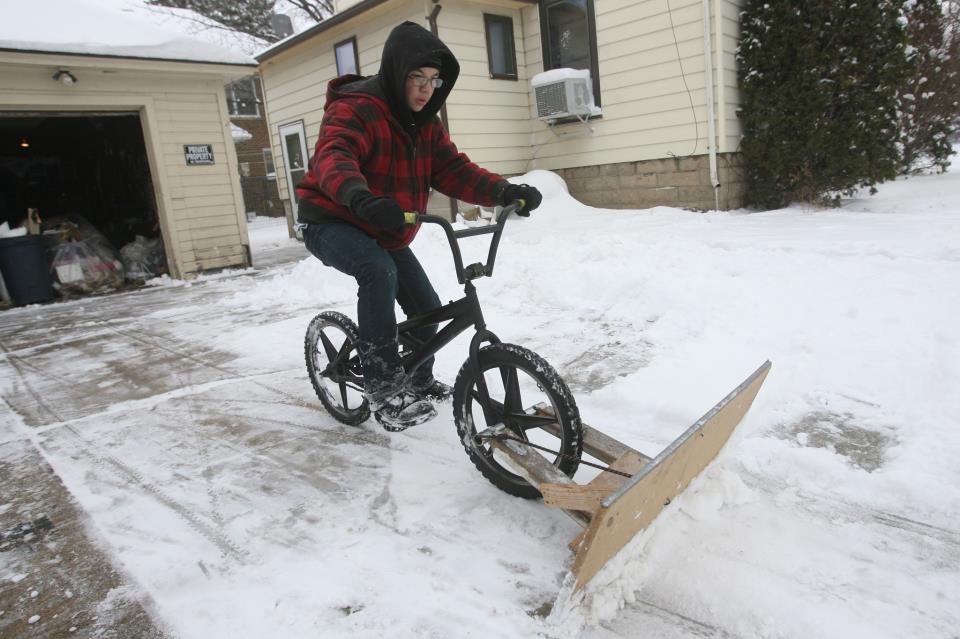 You can do the same thing without the second-half bike… 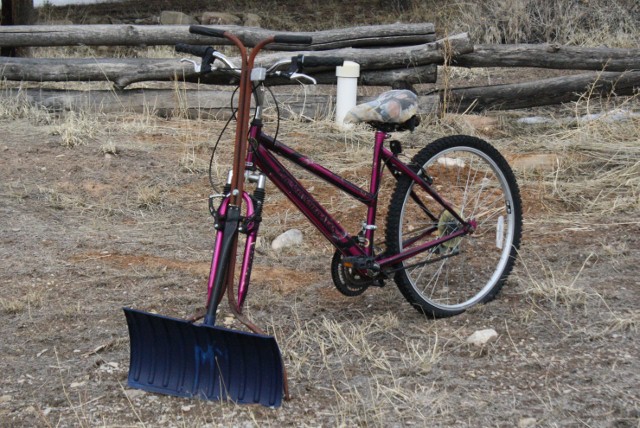 …Or even without a front wheel!

Sometimes, engineering is just to show that something is possible, not that it should be done. 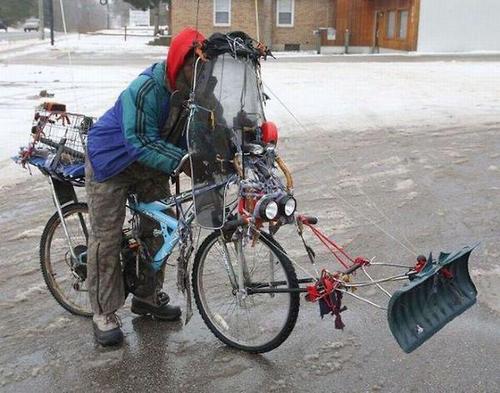 This feels like a Mad Max mashup of a bike, a shovel, and a pile of dirty laundry.

This design on the other hand, is well thought-out, except for one small detail. 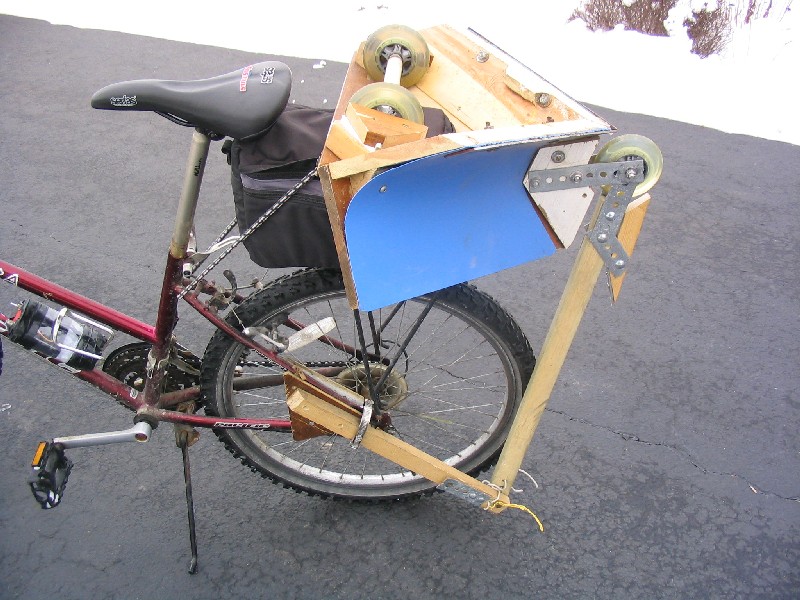 Yes, this is free from friction until the plow is lowered, which is super-efficient. But did anyone notice that you’ll be riding a bicycle THROUGH THE SNOW to plow it?

It had to happen. There’s apparently a commercial market for bike snow plows. Who knew? 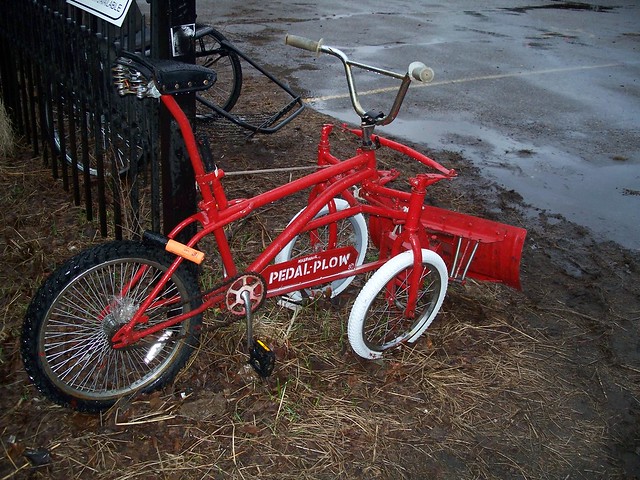 It’s even got an angle to the blade, giving the snow someplace to go. Brilliant!

But for all-around ease of use and efficiency, consider this bike snowplow invented in early 2019 by Rob Wotzak of Milford, Connecticut. 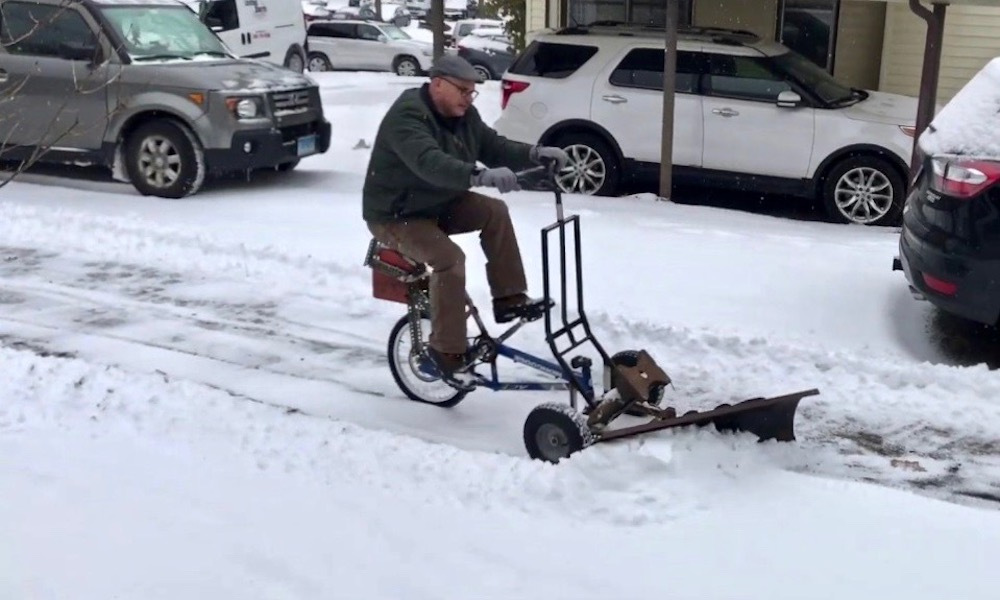 According to Rob, plowing snow is still a workout, but it looks a lot easier than shoveling by hand.

Here it is in actual use…

If your city had a couple of these, how popular would they be after a big snow? Enough to get lots paths and sidewalks cleared fast and really cheaply? What if the plow-bikes were electric-assist? Are we looking at the future of bikeway snow clearing?

Happy riding (even in the snow)! 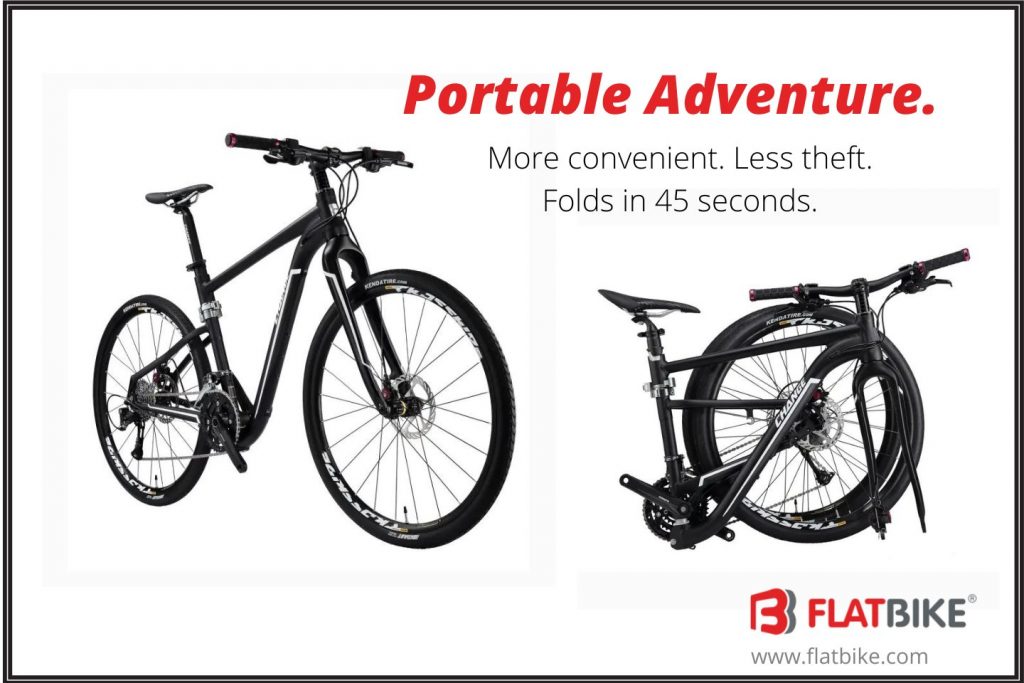 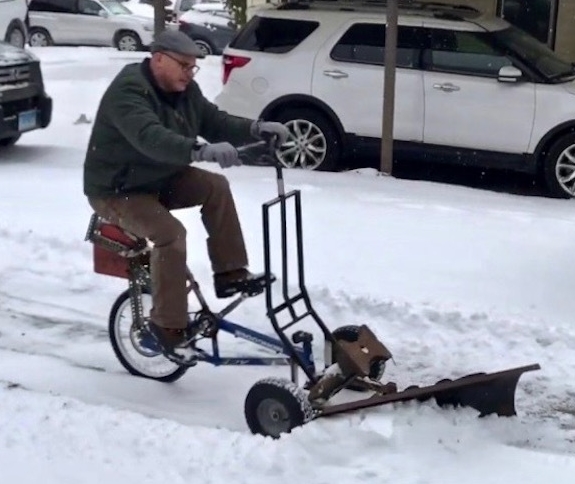