How to house-train your current bike

Your bike is a valuable resource for transportation and recreation. It’s also big, taking up 15 square feet of already precious real estate in your apartment or dorm. (And if you’re lucky enough to have a house, then your bike is likely in the garage, competing for space with your car).

But it doesn’t have to. Simply house-train your bike with a folding stem.

A Revelo THINstem changes everything. 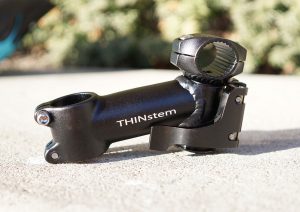 This brings your bike inside conveniently.

We’ve been riding one for about a month now, since discovering it at the Toronto bike show, and we were so impressed we’ve decided to stock it ourselves. Here’s why…

The first benefit is where your bike “lives” overnight or while you’re at work. Indoor-friendly bikes are far less likely to get stolen, vandalized, or simply rust until they’re inoperable. A folding stem like the Revelo THINstem protects your investment in your bike by making it convenient to store anyplace you have a long wall. 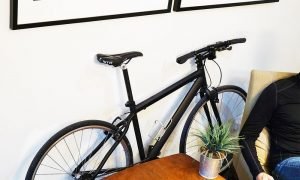 Because the THINstem folds in seconds, it’s also convenient for moving your bike through crowds, along a busy sidewalk, or simply down the office hallway past people carrying coffee. 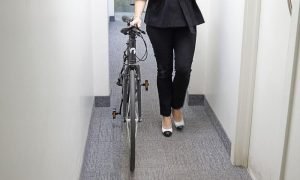 Now that belongs in an office. Pre-stem, not so much.

Folding stems give you more space. In our garage is a 39″-wide space with four bikes in it, all conveniently accessible. But even outside the house entirely, the ability to put more bikes in less space is a benefit. 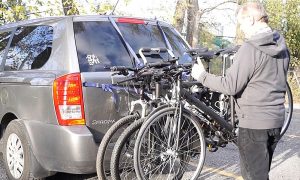 Same number of bikes in half the space means a less-clunky car rack.

The bike rack outside your dorm or class building might not be as packed as an Amsterdam bike rack, but it still takes valuable time to find a spot–unless you don’t need a full spot to slip a flat bike in for locking. 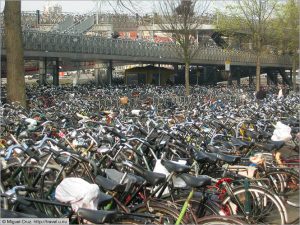 Two things to know before buying a THINstem.

First, a THINstem is a replacement for what’s called a “threadless” stem–what you typically see on all bikes since the turn of the century. If you’re still riding a favorite bike from the 80’s or 90’s, then you have what is called a “Quill” stem; You can still use a THINstem, but will need to go through one preparation step first, with a Quill Adapter (which you can find on Amazon for $10-15, such as this one.) 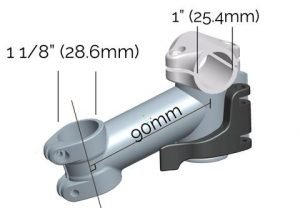 A THINstem for larger bars is in testing, and we’re start carrying it when it’s ready. In the meantime, if you’re getting a CHANGE 609, 611, or 612, or simply have 1 1/8″ handlebars on another bike, we still have a limited supply of the Satori folding stem before we phase it out.

But this design is what we’ve moving to for components, as this animation shows.

Can a folding stem make a difference in your life? Do you think we should also sell it in combination with pop-off pedals as a complete bike-flattening kit?