How to solve your tire problems forever

According to a 2014 People for Bikes survey, 48% of American adults don’t have access to an operational bicycle at home. Often, the problem is as simple as having flat tires.

It sounds like an easy problem to solve. Just put air in them! But inner tubes have gotten more complex over the years…

Once, life was simple. Everyone had the same type of valve stems, and all pumps–even the air hose at the gas station–fit everyone’s tires.

Then the fancy, lightweight Presta valves came in from France. They are slightly lighter, leading to less-frequent wheel truing, and they hold a pump better during inflation, which is more important at high pressures. They are also more fragile. So both camps have strong proponents, and we’re living in a world with both types of stems. 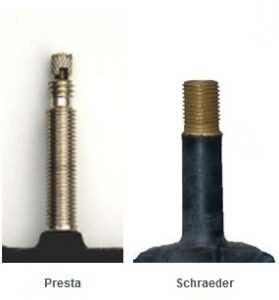 Valve confusion: Having a bike pump around isn’t useful if it’s for the wrong type of valve stem!

If your valves are Presta, it’s critical to understand how the valves work, because it requires a bit of extra effort.

When you remove the cap, you’ll see a nut that needs to be turned counterclockwise (anticlockwise if you’re in Australia) to activate the valve for inflation. 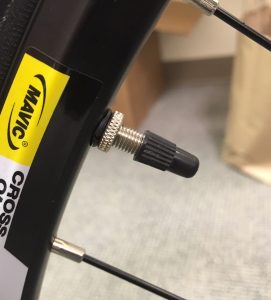 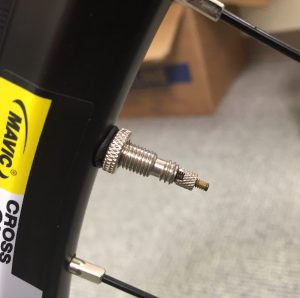 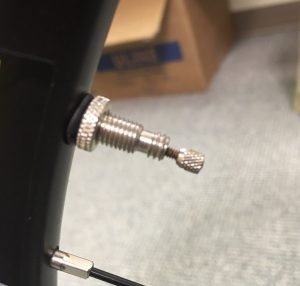 You can then inflate using a bike pump that supports Presta valves. Some pumps, like this pump below, can inflate both Presta and Schraeder innertubes and are highly recommended. Just select the side with the correct-size hole, and remember to pull the locking lever up before pumping. 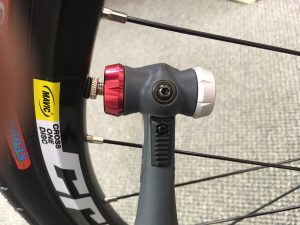 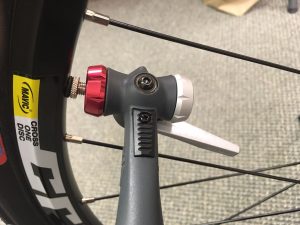 How often should I inflate my tires?

Even if you have no holes in your innertube, you’ll constantly lose air due to permeation–gas slipping through the rubber molecules. Both high-pressure (typically Presta) and lower-pressure (typically Shraeder) innertubes lose gas at the same rate, but with thin high-pressure tires, there is less air to lose, so the loss is evident faster. It is not unusual to lose 10 PSI (pounds per square inch) per week.

A 120 PSI tire that has deflated to 80 PSI will have several adverse consequences:

These are significant risks. It’s worth inflating your tires every week, and choosing a pump that makes it very easy.

Floor pumps may look big and clunky, but they offer convenience you can’t get from any bike-mounted pump. A big barrel moves more air, so you spend less time pumping. You’re pushing against the ground, so it’s easier on your muscles. And there’s room for a big display that shows exactly how much air is in your tire. 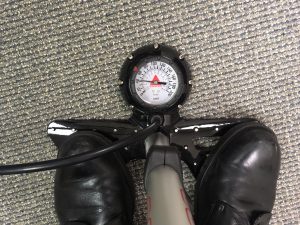 Good pumps even have a marker on a dial that you can adjust to the pressure needed. Just pump to the red triangle, and you’re done!

If you do most of your pumping before you get on the road, you’ll have less need to pump on the road–fewer “discovered” empty tires, and fewer pinch flats. This means that you can optimize your bike-mounted pump–if you get one–for tiny size, since you won’t be needing it much. 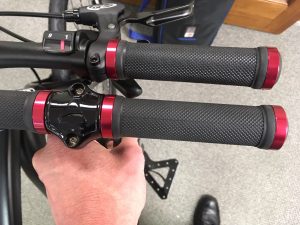 The pump we use in the Flatbike office is the Annihilator G200LE–which strangely enough has the exact same handles as the CHANGE 611 hybrid bike. Good match!

Follow these simple practices, and you’ll be free of most tire issues. But there’s a way to get rid of all your tire problems forever…

No air? No problem!

Britek has invented the next step beyond the tire, called the Energy Return Wheel (ERW). It can’t lose air, because it doesn’t have any.

Allegedly, the ERW increases drive train efficiency by 16-22%, is sold by the wheel set … and is available for the low, low price of just $2,599 from energyreturnwheel.com, which has as a stated goal, “to return profitability to the $300 billion tire industry.”

Exciting stuff. Just don’t ride it in mud. I think I’ll settle for pumping up my tires weekly with a super-convenient bike pump. How about you?

2 responses to “How to solve your tire problems forever” 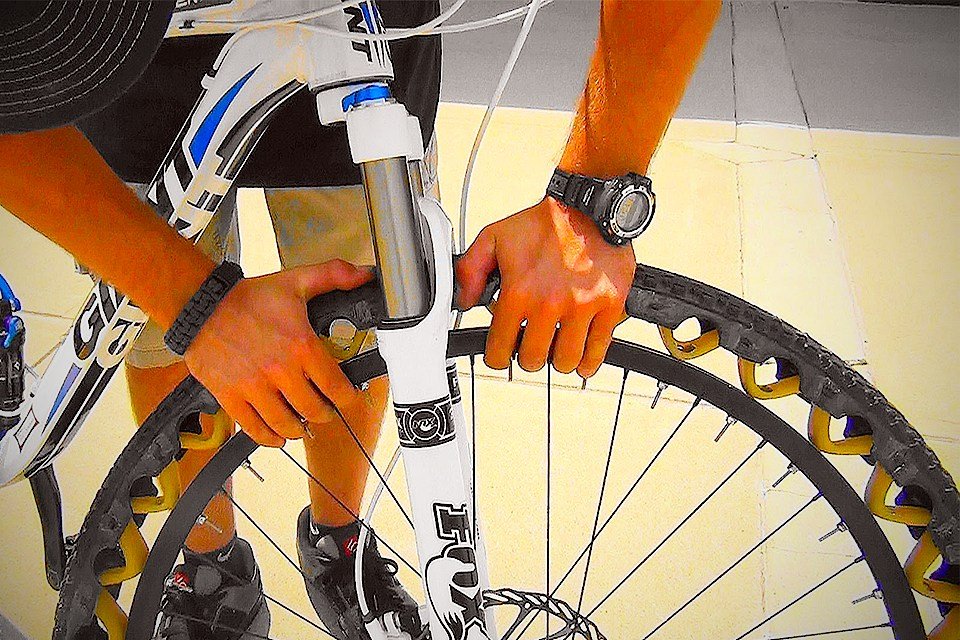 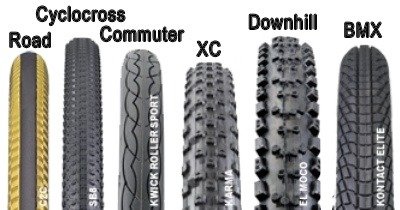 Which are better: road tires, off-road, or fat tires? 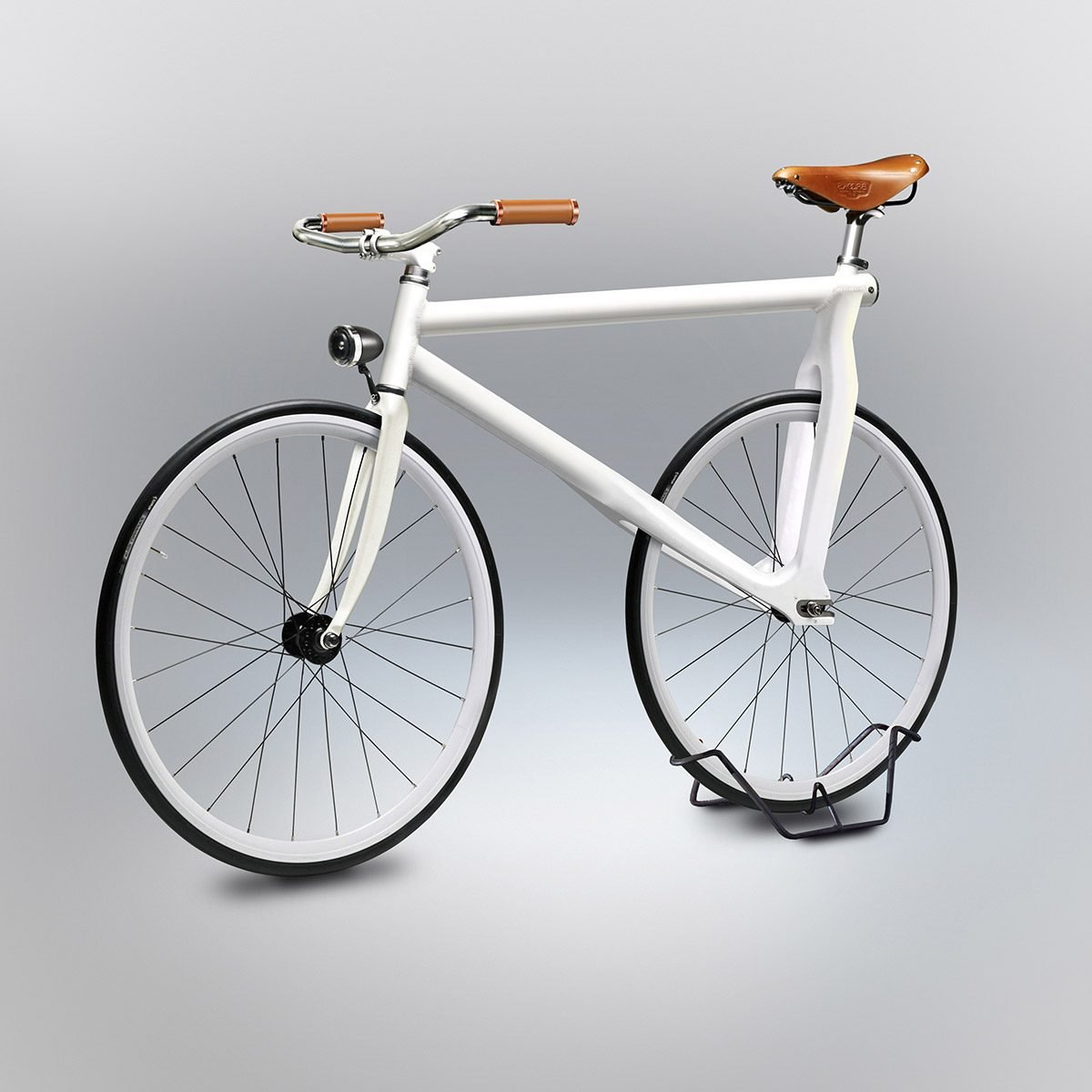