The Derailleur Wars and CHANGE 812 gearing.

It’s hard to say when the ‘derailleur wars’ started. The basic idea that more gears = better biking goes back to the turn of the century, when riders actually used a gloved hand to shift a moving chain from one rear cog to another cog with one-tooth difference–all on a moving bike, without crashing. That’s a huge commitment to a tiny change in gear ratio.

But the invention of two-chainring shifting with the Simplex Competition front derailleur in 1949 changed everything. Suddenly your total number of gears was double whatever you had on the back. The math competition went into overdrive. 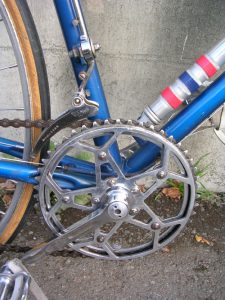 Need twice as many gears in 1949? Just throw this seat tube lever. No leather glove needed.

And the race was on. A 5-speed rear derailleur was was impressive, until someone doubled it into the once ubiquitous 10-speed. And forget about 6-speeds or even 12-speeds; the newly developing mountain bike industry nearly instantly added a third chainring, and suddenly you needed 18 speeds just to be taken seriously off-road.

That’s how we got here. The CHANGE 612 folding mountain bike has 30 speeds of Shimano rapid-shifting, covering any gear combination you can imagine. While it’s technically possible to have more gear selection, we haven’t heard about it on anyone’s bike anywhere.

When less is more.

As the gear ranges expanded on the rear cogs, the main story wasn’t just about jumping single gears anymore. ‘Long arm derailleurs’ made it possible to have a cog range of 25 teeth, 30 teeth or even more. With that range of options, do you even need a middle chain ring? 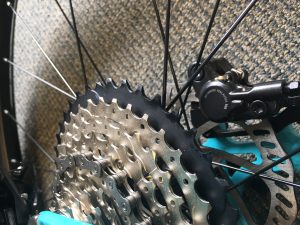 A 31-tooth range at the cog level, like on this CHANGE 812, means less need for front shifting.

More specifically, as you’re navigating a technical trail and come to a steep hill, do you need the extra gear-change time to pass through the middle chain ring on the way from high gear to low?

This is why a technical debate has been raging in recent years about triple cranks vs. double cranks. Double cranks represent the past, but when combined with the right cog range, they also represent the future.

Nerd moment: we get technical.

To illustrate the gearing point, we’re going to count gear teeth on the CHANGE 612 (triple crank) and CHANGE 812 (double crank) folding mountain bikes and geek out a bit.Both bikes have 10 cogs on the back, but what they do with those gears is critical.

In this chart for a CHANGE 612, green represents the extremes: 3.8 wheel turns per pedals revolution at highest speed, and 0.6 revolutions per pedal revolution during the steepest climb.

The 12 numbers in grey represent a gear combination that is doubled somewhere else–you can adjust both shifters, each to different gears and end up with exactly the same feel because it’s exactly the same gear, achieved in a different way.

Here is the same analysis done on the CHANGE 812 folding mountain bike:

This one has just nine doubled gear combinations, for a more efficient use of gearing. And the total range is pretty similar.

Do you lose anything? Not on steep hills, where you still get 0.6 wheel turns per pedal revolution. But the high end drops from 3.8 to 3.5.

So…in human terms, what does a gear ratio drop from 3.8 to 3.5 at the high end? Using the gear ratio calculator at BikeCalc.com, and a pedaling speed of 90 rpm, we see a drop in highest speed from 25.4 mph to 22.9 mph. When was the last time you pedaled at over 23 mph on a mountain bike? 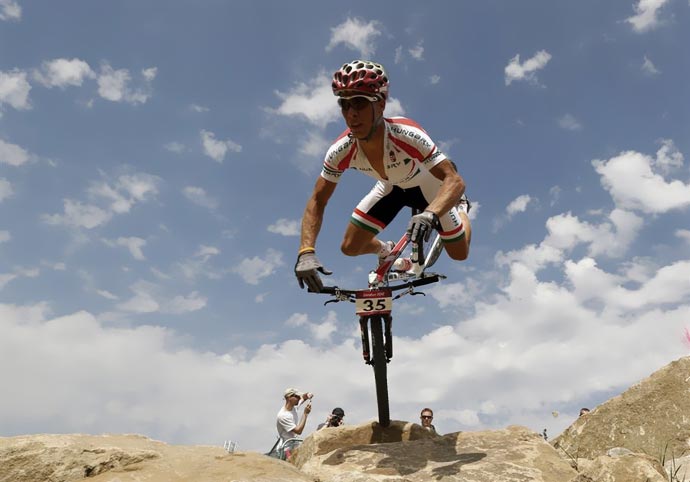 At the highest speeds on a mountain bike, gear ratio is the least of your concerns.

Some folks also claim that the weight difference of a missing chain ring is a decision factor, to which we say, ‘Ththfffpppt!!!’ It’s less difference than a sip from your water bottle. But there might be a maintenance difference between adjusting the middle ring to work perfectly and not having to care.

So if a modern double crank is better, why is the CHANGE 811 still a triple?

A difference at the high end means one thing for a knobby-tired mountain bike and another for a road-ready all-terrain bike. A triple crank retains the ability to get that last couple of miles per hour in high gear speed, which can easily happen on a paved road. (The CHANGE 811 even gets up to a 4.0 ratio).

At the same time, the largest rear cog on the CHANGE 811 folding rugged hybrid has also jumped from a 34 to a 36, providing a bit more ability to get a loaded touring bike up a steep hill. An upgrade, even while retaining 3*9 triple-crank gearing.

The simple phone question that started this blog was, ‘Are the newer bike components better?’

Your drive train is arguably the most important component set, and both the CHANGE 811 and especially the CHANGE 812 drive trains have been upgraded. The brakes are the same, but you’ve got better pedals. So overall, I’d have to say that, even at the component level, the new bikes are a step up in a subtle way.

Ultimately, the ‘derailleur wars’ are over. The old standby of counting gears and aiming for the highest number has given way to an era of nuance, in which the best number of gears is the right range and selection for what you are doing.

Ride on…and use those shifters!

8 responses to “The Derailleur Wars and CHANGE 812 gearing.” 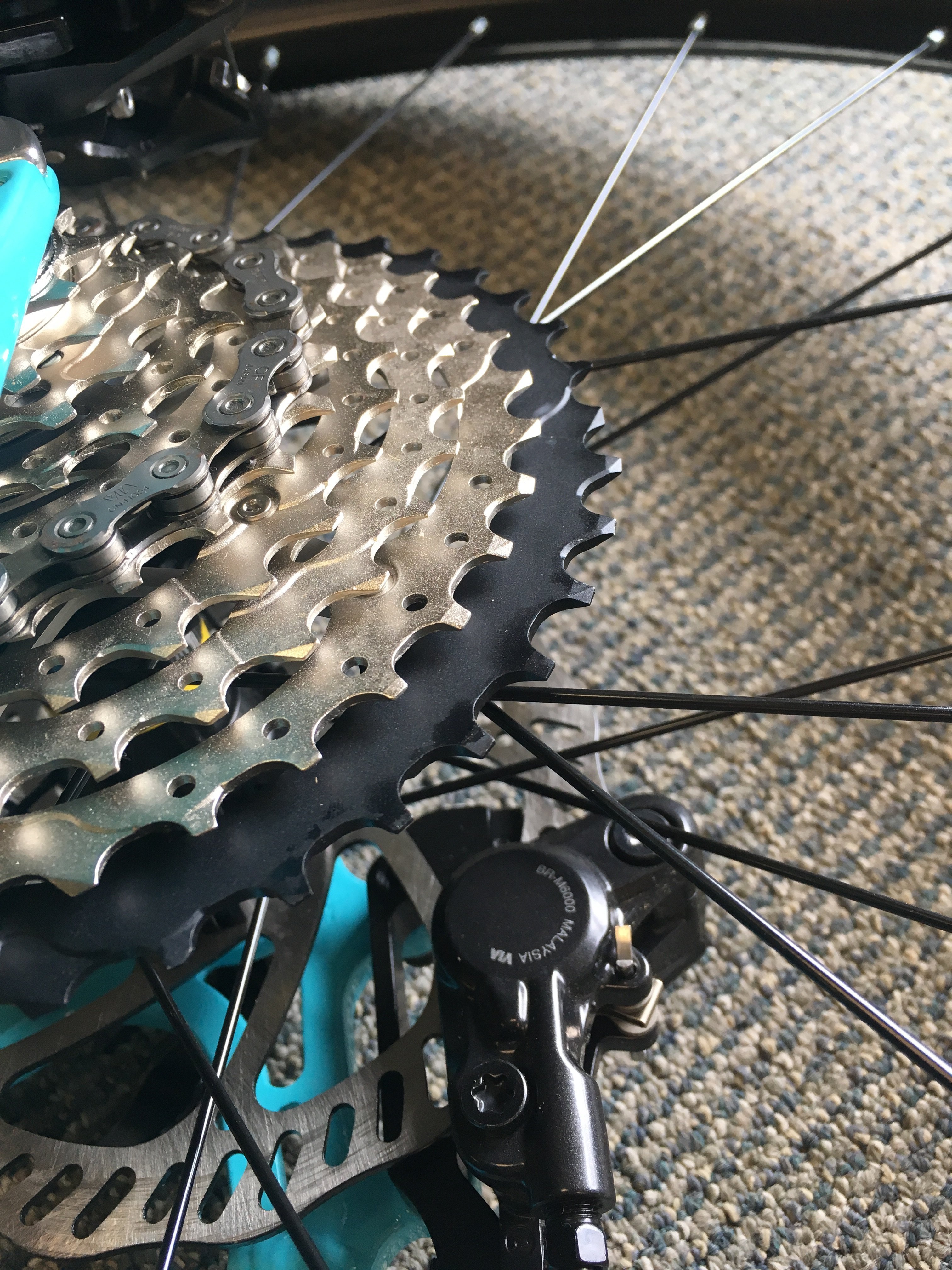