The Chinese Zodiac says that 2020 was the year of the Rat. If so, that Rat was on the couch like the rest of us, binging Netflix, gaining 20 pounds, and putting social exercise plans on hold until after COVID–whenever that is.

Even if your community hasn’t fully escaped from lockdown, now is the time to set big goals and start to put them in motion, with your bike in a starring role.

After all, things will open up eventually, and when they do, you want to be ready for big adventures.

But first, you need an audacious goal.

“You must do the thing you think you cannot do.”

It’s much easier not to set hard goals—to aim for some mundane and meaningless improvement. “We will increase profits by 3.5%.” Yeah. It’s hard to get excited about that. Imagine a spy thriller movie where James Bond, instead of daringly and single-handedly blowing up the lair of an evil genius bent on world destruction, opts for the safer goal of serving him with a civil infraction notice. Yay.

Audacious goals, on the other hand, get and hold your attention. And audacious goals communicated to friends hold their attention and support. “How’s it going? Are you still aiming for it?” Keep at it, and you may find yourself becoming a role model for someone.

Biking is great for audacious goals, because as you’re going for longer distances, you’re also sitting down. And you can coast sometimes. And it’s easy to bring food and water along—and soon, friends.

So what do you think–a couple of months from now, riding 35-mile rides like it was nothing? How does that sound?

The training plan behind the goal that makes it real.

Often, the difference between success and failure is the existence of, and quality of, a basic plan for how you’re going to achieve your goal.

Years ago, when I was stationed at an Army base in the Mideast, I latched on to the idea of running the Tel Aviv marathon. While I was athletic at the time, that’s not a free ticket to do anything; for someone who had only recently adapted from swimming to timed 2-mile runs, the goal of running continuously for 26.2 miles in the Mideast heat was as audacious as they come.

The response, when I asked around the base for training ideas, was the definition of a non-plan. “26 miles is a long way. Run a lot.” So I did.

It was only years later that I discovered weekly training plans for first-time marathoners–with lots of rest days!–that would have cut my effort in half, improved my health, and resulted in a better race-day performance.

Ready to do the same for biking?

The idea behind this, like with marathon training, is that you’re being nice to your body, with four days of rest a week. And on riding days, you’re not starting off any day with any more than 30 minutes, with a bunch of slow time built-in. Easy-peasy!

Note that there’s only one endurance day per week, on Sunday. (Note from Flatbike: The time math is off for the first two Sunday rides. Do 10 mins, 25 mins, then 10 mins, for a total of 45 mins).

By the end of five weeks, you’re still spending only two days a week on your bike, yet you’re confidently putting in a 15-20 mile ride on Sunday.

How to stay on plan.

We’ve got a plan. What could go wrong?

Actually a lot can go wrong. Life gets busy, and you fall off your plan. Your goal has to be not just audacious, but important enough to have its own gravity, to pull you back in when life takes you in other directions. Here are three ways to do that.

Give yourself a reason to be successful.

This isn’t just about just finishing a ride. It’s about starting the rest of your healthy new life. After all, we age at different rates, depending upon our lifestyle choices.

To be healthy, CDC Guidelines for Physical Activity recommend 150 minutes a week of moderate intensity activity, plus some muscle-building activity. If you’re doing some more vigorous activity, you can back off a little on the minutes per week.

Imagine your entire body getting renewed.

I like to think of vigorous exercise as “flushing out the pipes” so they don’t get clogged. But it’s not just about your arteries. According to ScienceFocus, there’s beneficial activity happening throughout your body:

That’s a powerful set of reasons to start an exercise plan. But in case you’re still on the fence, there’s one more incentive…

Sometimes, even if the goal is powerful and good, it takes someone else to get things going. Someone to be accountable to when your bed is too comfy to leave and it’s too cold/wet/dry/hot outside. Someone to commiserate with when the going gets tough.

And just as important, someone to share the moments of pure euphoria when you break through together and accomplish your goal for the day–or even just come across a spectacular sunrise and marvel that you got a chance to experience this together instead of hitting the snooze button yet again.

Cycling can be a wonderfully social activity, whether you’re meeting at a park with a friend, commuting together to a safe riding spot with bikes in your car, or meeting a whole group of riders as part of a cycling club. Good clubs have group rides of all abilities, especially beginner and non-speedsters, so you can choose what works for you.

For example, my local cycling club has SPOKES: Sunday Pedalers on Kinda Easy Streets. Not only does that sound like a fun group of folks to join for a ride—with face masks and the natural social distancing that comes with biking—but it’s the absolute perfect match for a training plan that has its longest rides on Sunday.

And just like that… the universe comes together to get you off the couch and into amazing adventures that come with biking.

Do you have a goal to get off the couch? A friend to share the adventures with? A local cycling club to share the fun even more?

2 responses to “Train the easy way for long bike rides.” 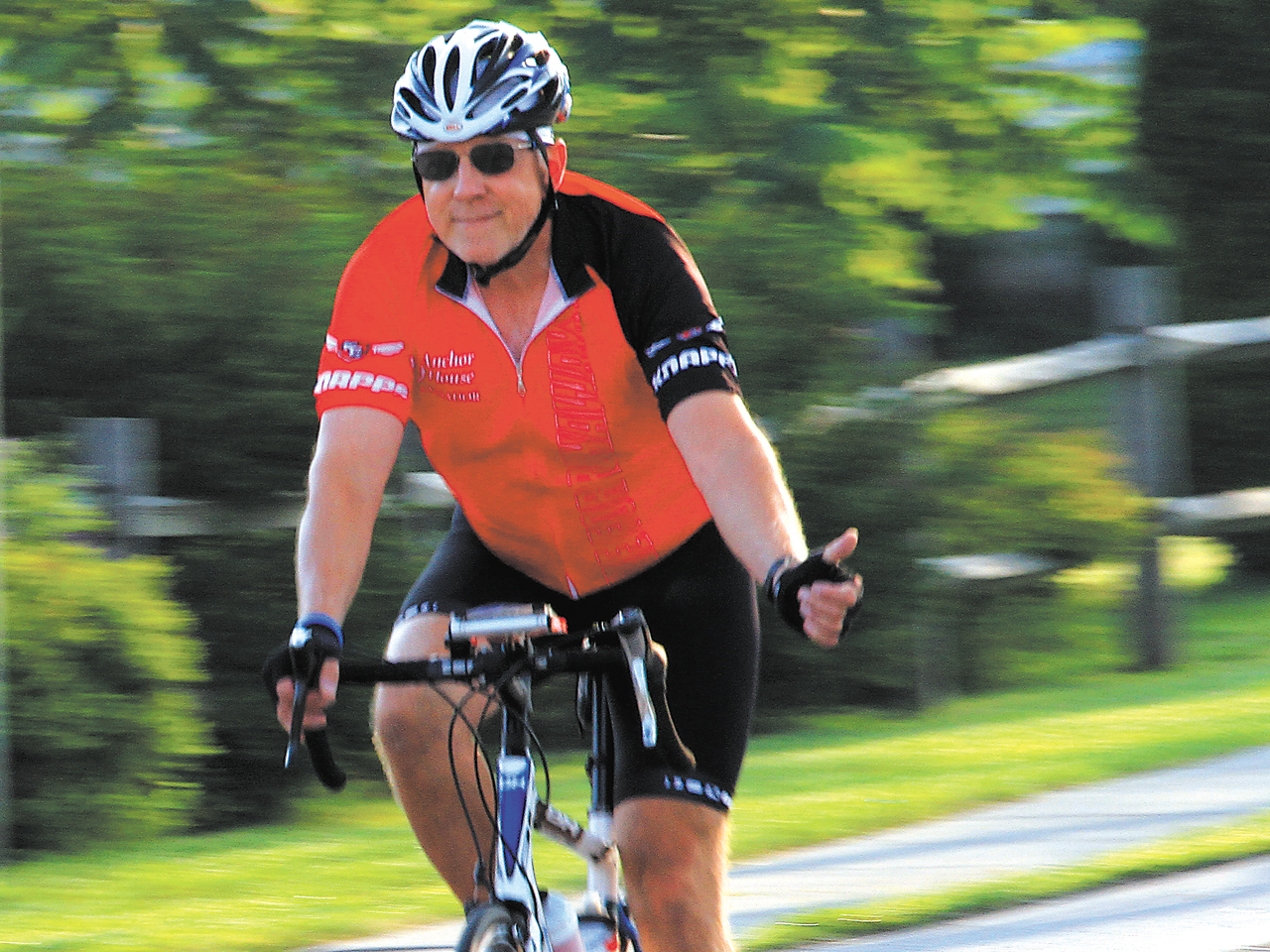