The strange history of bike jousting

Bike jousting is exactly what it sounds like–medieval-style jousting on a bicycle, instead of a horse. But really, it started with a particular attitude…and streetlamps. 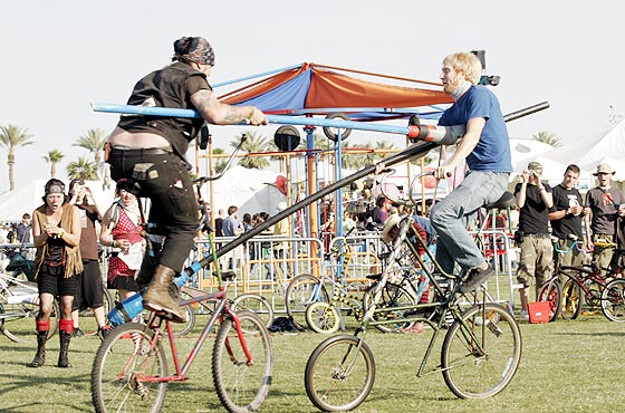 Bike jousting in Amsterdam. But it didn’t start here…

The thinking behind bike jousting is the same attitude that launched that once-commonplace neighborhood game of King Of The Hill, back before “you could hurt yourself!” became a stronger social force than the sheer enjoyment of throwing your school playmates unceremoniously off an embankment. 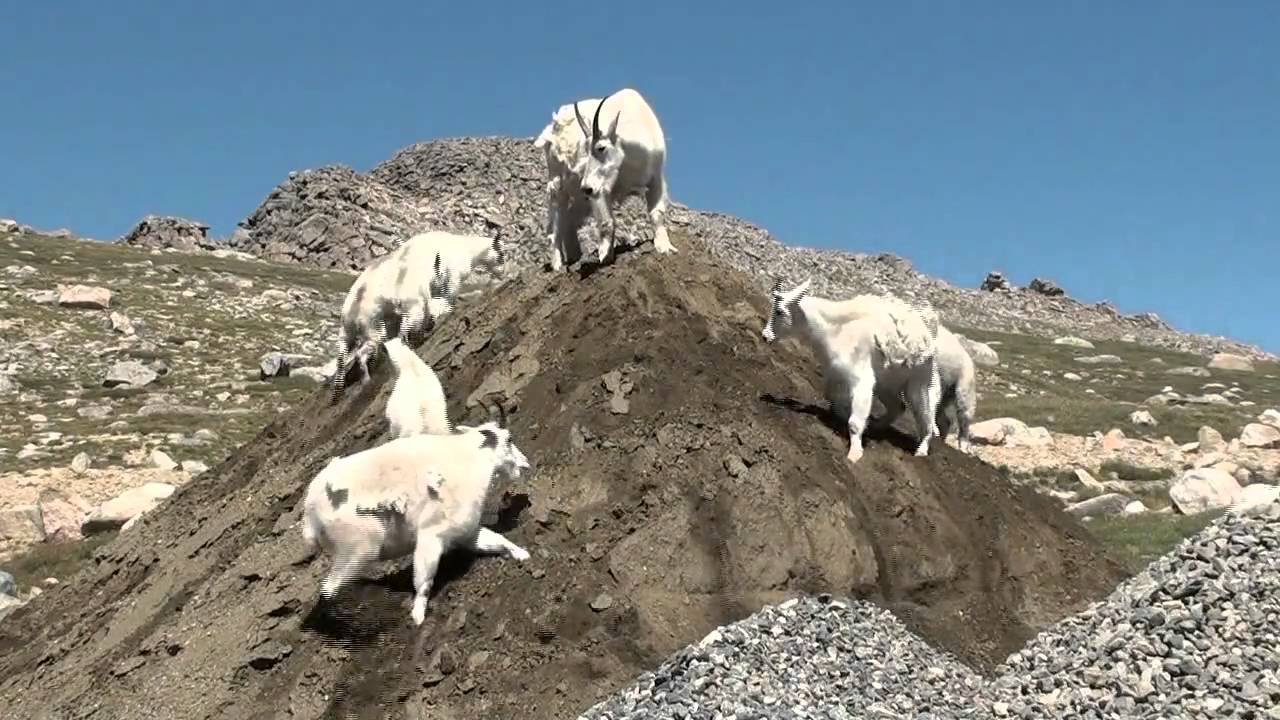 Sometimes behaving like a bunch of animals is the most natural thing to do.

In our neighborhood, I feel we were a bit closer to the mark. Our rough and tumble activity of Chair was played with a half-stuffed beanbag chair swung with maximum force against everyone charging the center. Whoever was able to successfully grapple the chair away then had the honor of playing defense for a while.

Impacts were frequent, and seeing stars on impact was nothing. The real goal wasn’t even about winning. It was to be on either end of an epic moment, when one person’s massive swing connected with someone else’s body with such force that we all turned to watch the recipient of the blow leave the ground, do a kind of a gravity-free, airborne rotational dance, and land with unique and humorous style some distance away. Sometimes we even stopped the action to argue about which falls were most epic.

This is the attitude behind bike jousting. It’s all about epic moments. But first, for the foundation of epicness, we need one contribution from Victorian lamplighters. 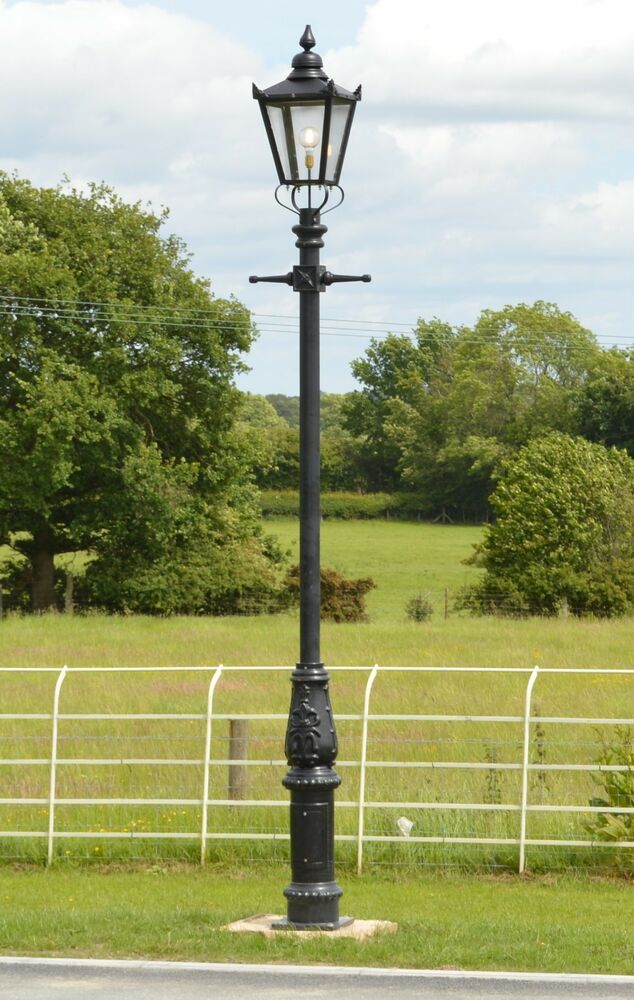 A Victorian street lamp. Tall, stately, and hard to access. You’re about to see why it has those posts that stick out.

Lamplighters and their equipment

Tall, stately oil lamps flooding the sidewalks and streets with light from dusk to dawn were an amazing development in Victorian cities. They were also time-consuming to maintain, requiring attention twice a day from a massive workforce of lamplighters. 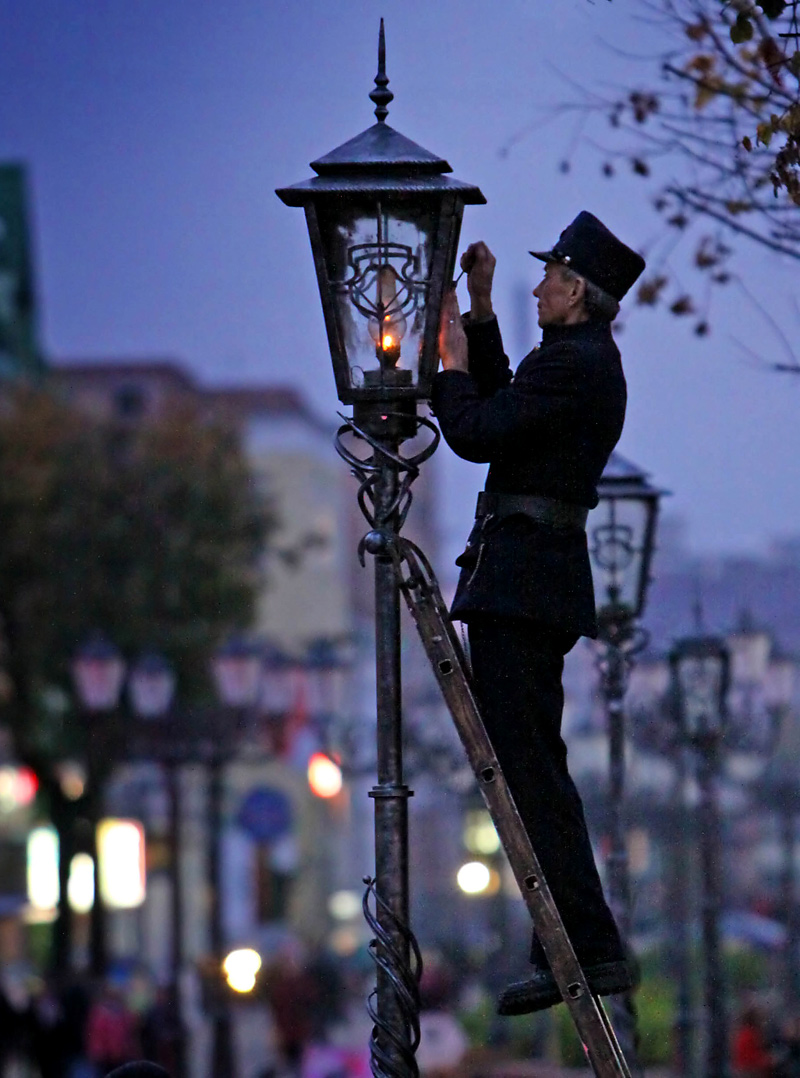 Easy to access with a ladder…if you don’t mind carrying it all over town.

Walking around the city with a ladder is tough work. You could ride a horse on the sidewalk, but then you’d need an army of folks to clean up after that. Or you could ride… 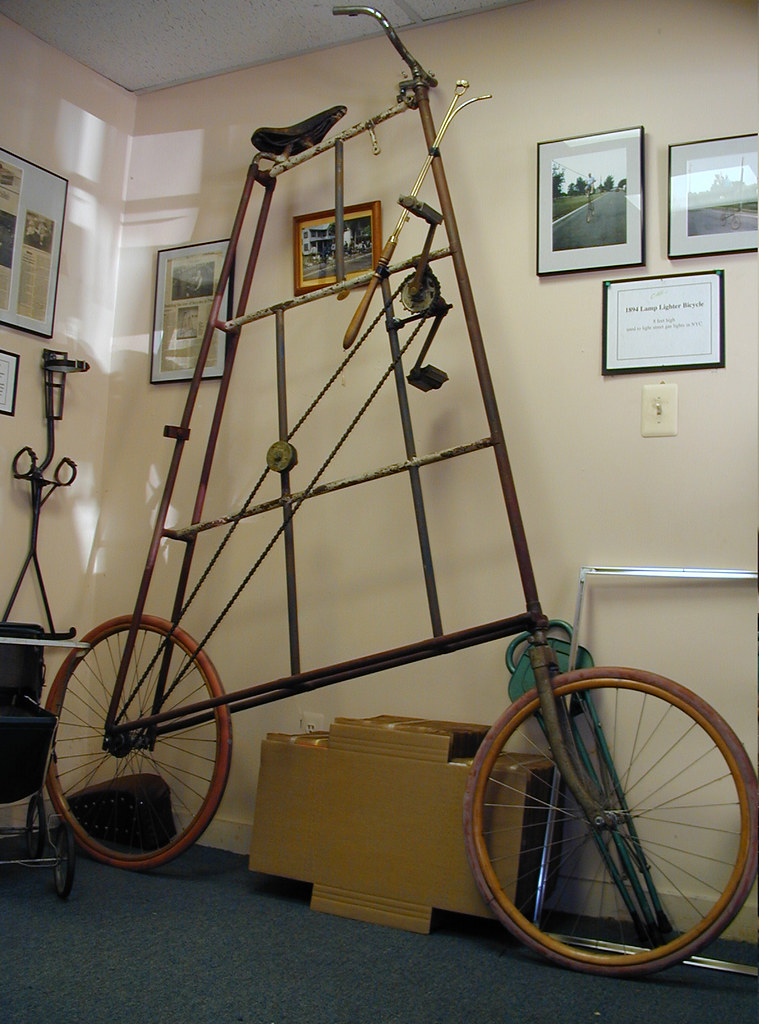 …A tall bike! Designed for lighting streetlamps, this bike (called a Lamplighter, for obvious reasons) even still has the lighter attached.

With a tall bike, you can go from lamp to lamp more efficiently than your ladder-carrying coworkers, and with a certain amount of daring panache. “Why yes, I do have an exciting job with a touch of danger!”

Invasion of the outlaw bikers

If you’re already thinking about motorcycle gangs, think again. These are people who actively look for ways to court risk on a bicycle. And one popular way is to simply weld two bike frames together. 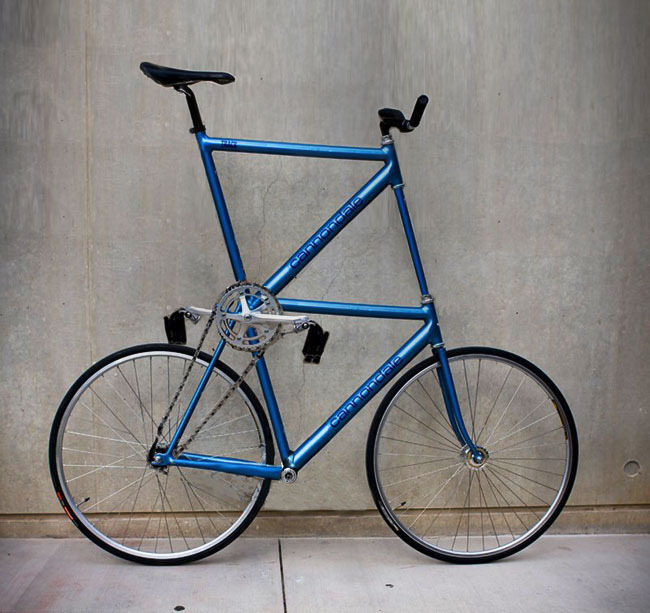 All that was needed after this invention was a reason to run into other bikes and knock OTHER people off their tall bikes. Would people pay to see that? Would bike jousting make a good fundraiser?

That’s what Jacob Houle and Per Hanson thought when they formed the Black Label Bike Club (BLBC) in Minneapolis in 1992. And they certainly had the attitude. The BLBC bills itself as “an international freak/mutant bicycle organization specializing in tall bikes and choppers.”

So they started the annual Bike Kill event. After all, it’s just a small step from this type of activity… 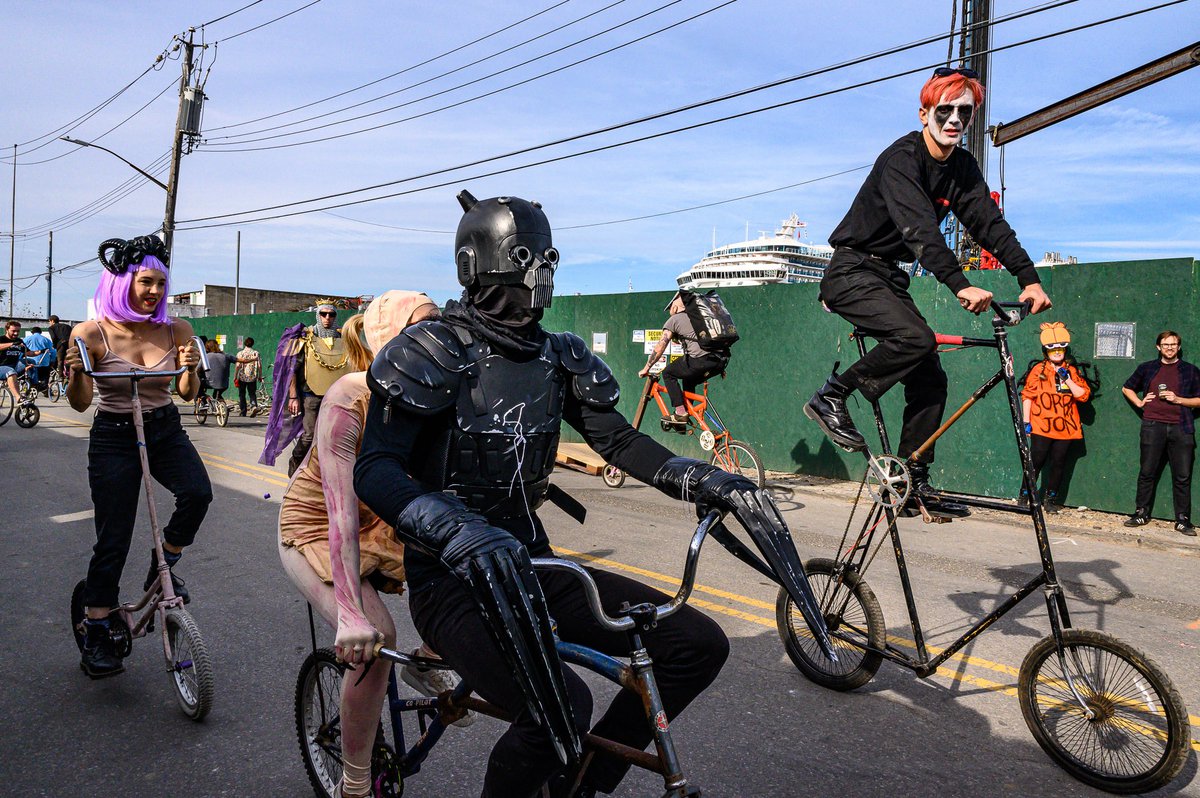 (Photo by Tod Selie / The Gothamist)

…to this. With a focus on mutant biking, bike jousting is inevitable. Maybe even an occasional green rider too. 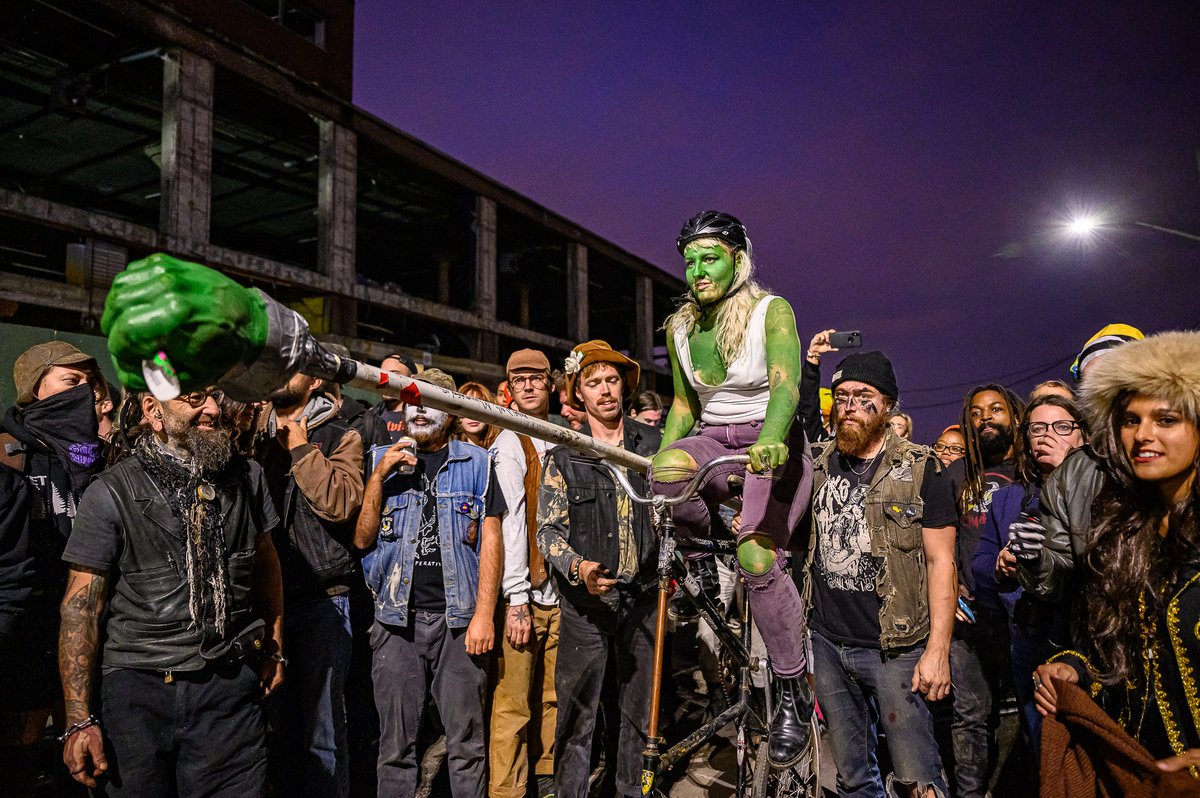 (Photo by Tod Selie / The Gothamist)

The BLBC has since expanded from Minneapolis to clubs in a dozen states and several countries–and one nomadic club called “Nowhere”—spreading the love of bike jousting and mutant biking in general. This is where the sport of bike jousting diverges from traditional jousting, much like Olympic Greco-Roman wrestling and pro wrestling are on entirely different paths. Same activity name, but way different.

Medieval jousting was a sport of knights and nobility, with an opportunity to demonstrate the latest combat weaponry, lances, and armor, in contests of valor between (en)titled noblemen at all levels. Even royalty such as King Henry VIII of England and King Henry II of France participated and were wounded on the jousting field. 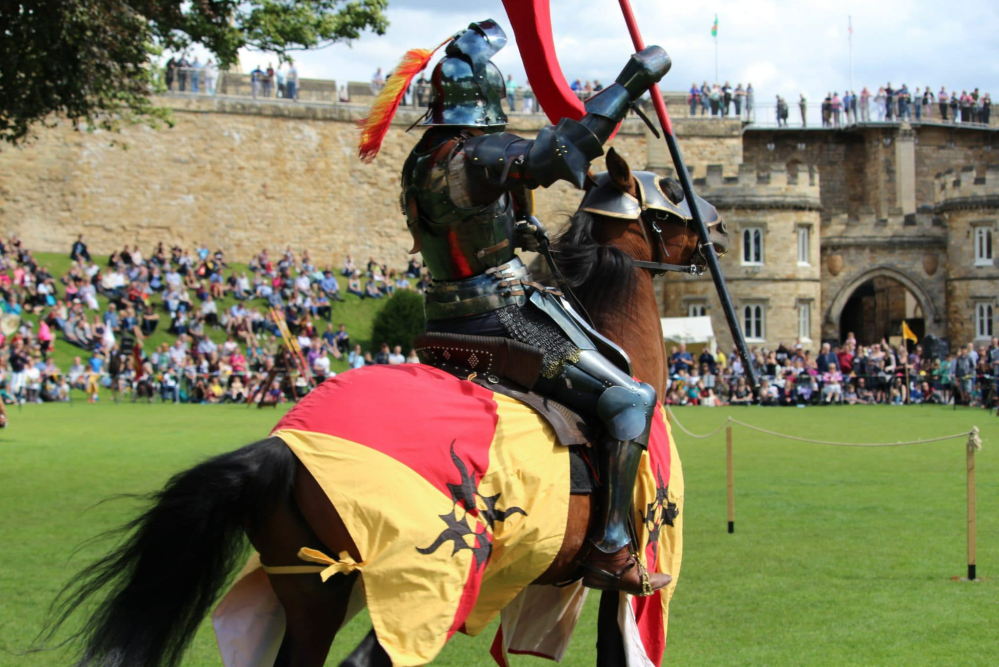 Castles, noblemen, pageantry and jousting all went together.

In medieval jousting, winning very much mattered, however it was done. Sometimes high-profile tournaments would bring in lance-bearing warriors with proven skill but no particular allegiance and therefore free to fight for any nobleman—the origin of the term “freelancer.” And sometimes the combat was lethal.

Yeah…that’s not bike jousting. Tournaments aren’t heralded far and wide, winners don’t become celebrities, and nobility and mortality aren’t involved. It’s more of a “hold my beer” moment, followed by something that really hurts if you fall off a tall bike onto the street.

This tournament championship round in Germany literally features ein Bier before the final joust.

Once bike jousting became a real thing, it went viral, with new mutant variations appearing spontaneously. Here’s the whole process, from the making of tall bikes to the tournament itself. Well… not exactly tall bikes. When you attach two BMX bikes together, isn’t it more the height of a regular bike?

Eventually, bike jousting had to end up in film. There was a documentary called Bike Love that featured jousting, as well as a full-length film called B.I.K.E. (I have no idea what the letters of this backronym originally stood for). But the most absurd jousting movie sequence is probably from the Bill Murray/Geena Davis movie Quick Change, when they ask a bike jouster for directions:

The future of bike jousting

Bike jousting began as an boisterous block party with the built-in entertainment of epic fail moments. If you go to a Bike Kill event at any BSBC club in the country now, it still is all about individuality, self-expression, and certain irreverence for authority.

So when the New York Police Department shut down Bike Kill 14 before it started–maybe because it had “kill” in the name?–bikers just came back with Bike Kill 15. And when Minneapolis tried to outlaw tall bikes as a safety risk, bikers argued back that a collision with a car would drop you atop the hood, not under the car. Super-safe.

Meanwhile, other groups are taking bike jousting in a different direction. More professional, with actual tournament brackets, a prize purse, and a real trophy! Redemptive Cycles, for example, in Birmingham Alabama, runs the annual Tall Bike Joust as a fundraiser for its charitable activities focused on transportation equity as social equity–getting everyone on a bike, regardless of their financial ability. 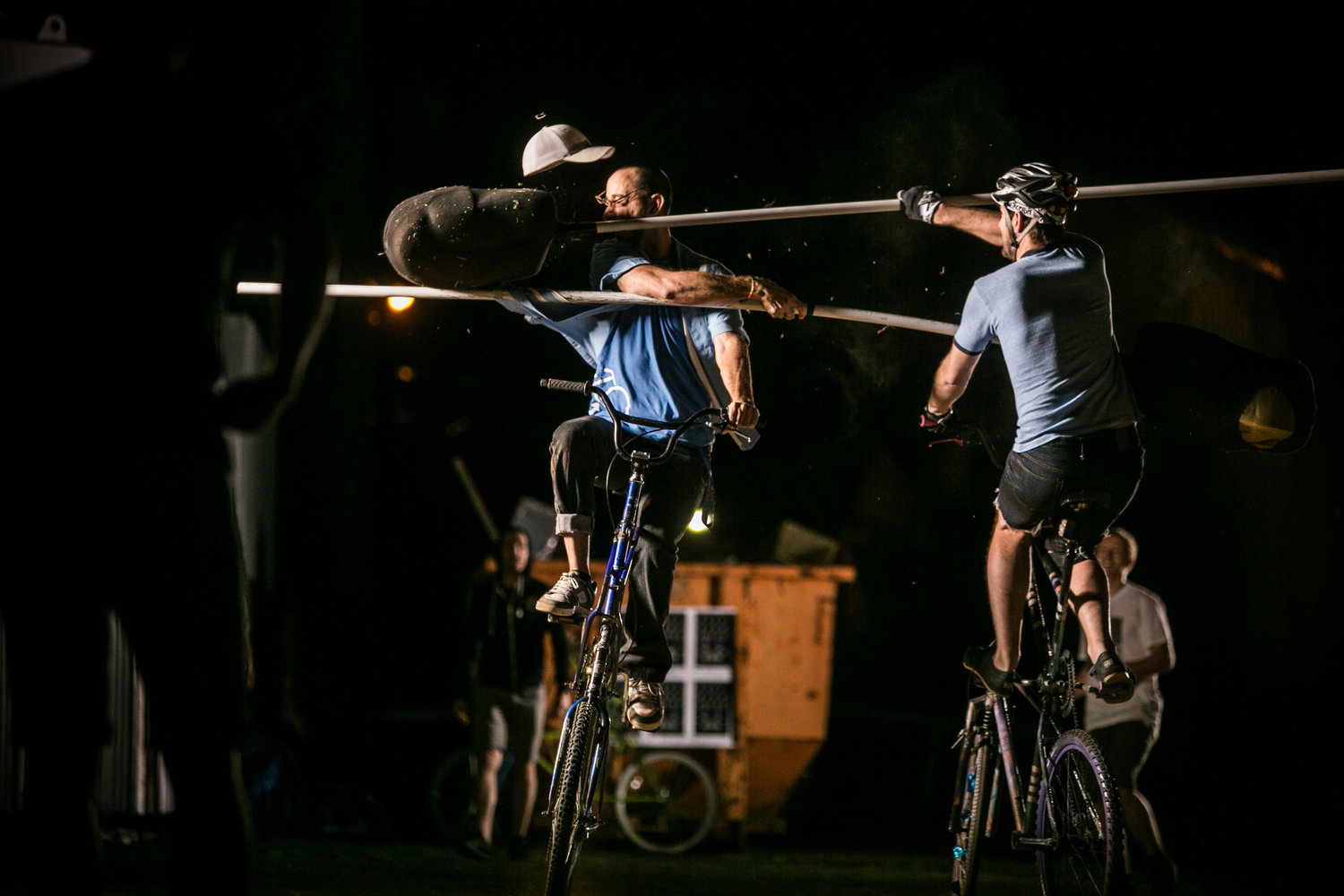 White guys bashing each other senseless for social justice. Just another contribution of the sport of bike jousting.

Which appeals most to you?

5 responses to “The strange history of bike jousting” 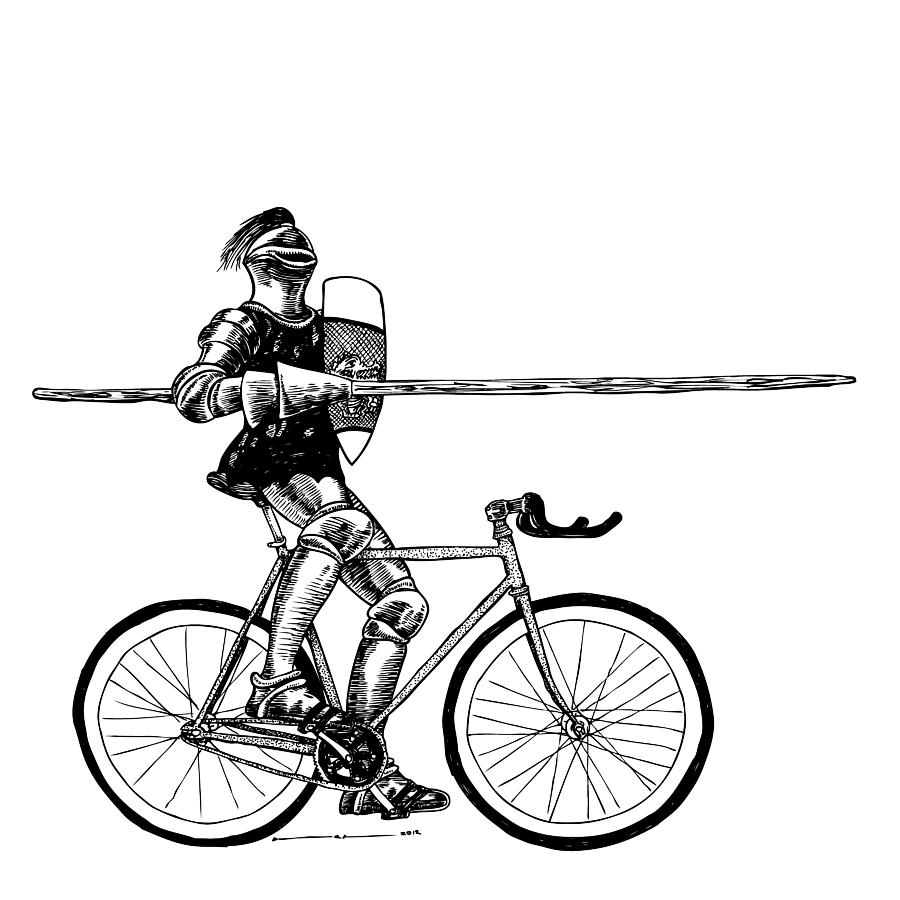