Folding bikes have generally gotten a bad reputation for flimsiness, and deservedly so. When a bike manufacturer cuts a structural element of a bike in half and inserts a weld-hinge-latch-weld combo, like most folders do, there are consequences, even if the manufacturer promises a specific level of ruggedness. Is that claim backed up by fact?

In this article, we’ll look at the ruggedness claims of three folding bike manufacturers–and what, if anything, is behind them.

The $1,800 Tern Cargo Node is intended to carry lots of weight–that’s the main purpose of a cargo bike. According to the official description on Tern’s website, this bike has a ‘350 lb total cargo capacity including a rider of up to 254 lb.’ That’s an impressive promise. How does it stand up to reality? 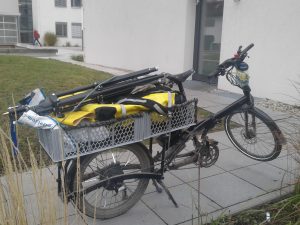 Sometimes you need to carry lots of stuff… 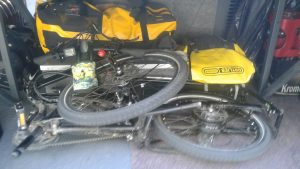 …on a bike that can fold and fit INSIDE a touring bus luggage compartment. 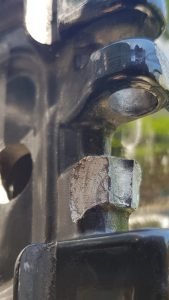 But not if the hinge bolt does this.

These photos are from an unhappy Tern Node owner who emailed us looking for a information on warranty repair after a hinge bolt break. We can’t help with repairs on other manufacturers’ broken bikes, but we were very interested in reviewing the warranty. The Tern 10 year warranty is voided by actions such as riding off-road (like a trail?) or any work on your bike by anyone not authorized by Tern.

Ultimately, Tern has made specific claims about the weight capacity of this bike. Yet the frame failed with this customer under far less weight. And a critical, high-stress part of the bike–the hinge pin that ultimately failed in this case–is explicitly singled out as a non-supportable part that wears out.

Montague has been building folding bikes for over two decades. Their bikes, like CHANGE bikes, avoid slicing a bike’s top tube in half, improving frame strength by eliminating that high-stress hinge pin and latch combo shown failing above. 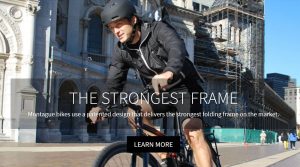 They even claim to have the strongest folding frame.

And yet, all the forces still go through a single pin, pushing up on the top tube in an unsupported place. This weakness needs compensating for, one of two ways. 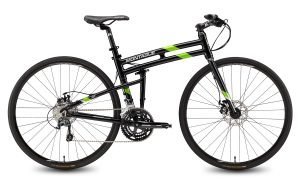 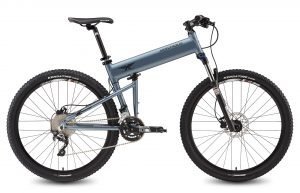 …or make the top tube massively beefy (like a cast on a weak leg).

Impact forces of hard riding  forces push on the bottom of the top tube, which then needs to be reinforced with the extra weight of a lot more metal in one of two configurations, resulting in a heavier bike. But is it stronger?

Montague’s claim of ‘the strongest folding frame on the market’ for all its bikes is an even stronger claim than Tern’s 350 lbs for one bike, and requires a strong proof. Can a Montague bike perform better at 350 lbs? How would anyone know without testing? And if there were a test and only someone other than Montague had passed it, wouldn’t that negate the claim of being the most rugged?

CHANGE bikes don’t have the top tube cut in half. They don’t rely on a single pin not breaking. They don’t even need a splint on the top tube. The entire folding is based on this mechanism: 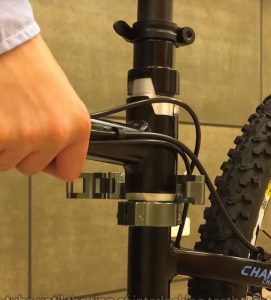 The frame itself is the anti-fold lock, held in place by an upper latch (shown), a lower latch, and just sitting on the bike.

So what claim does Changebike make about its bikes? It sounds familiar. ‘The strongest folding frames on the market.’ But as we said before, good design isn’t enough. A bold claim needs proof of ruggedness. And here it is:

…all backed by a lifetime Flatbike warranty. 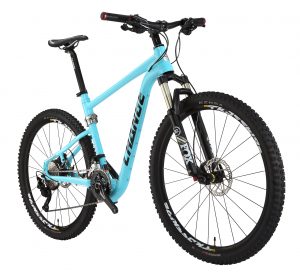 The proven, strongest folding frame on the market.

If your bike has already been proven stress-tested in demanding conditions, feel free to load it up and go on adventures with zero concerns about ruggedness and reliability. 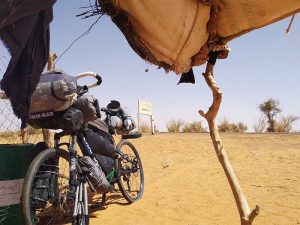 It’s easy to make bold claims on the internet. It’s tougher to back those claims by independently verified testing. But that third-party credibility is important, especially when buying a bike on the Internet. It’s the difference between ‘promised rugged’ and ‘certified rugged.’

Which would you choose? 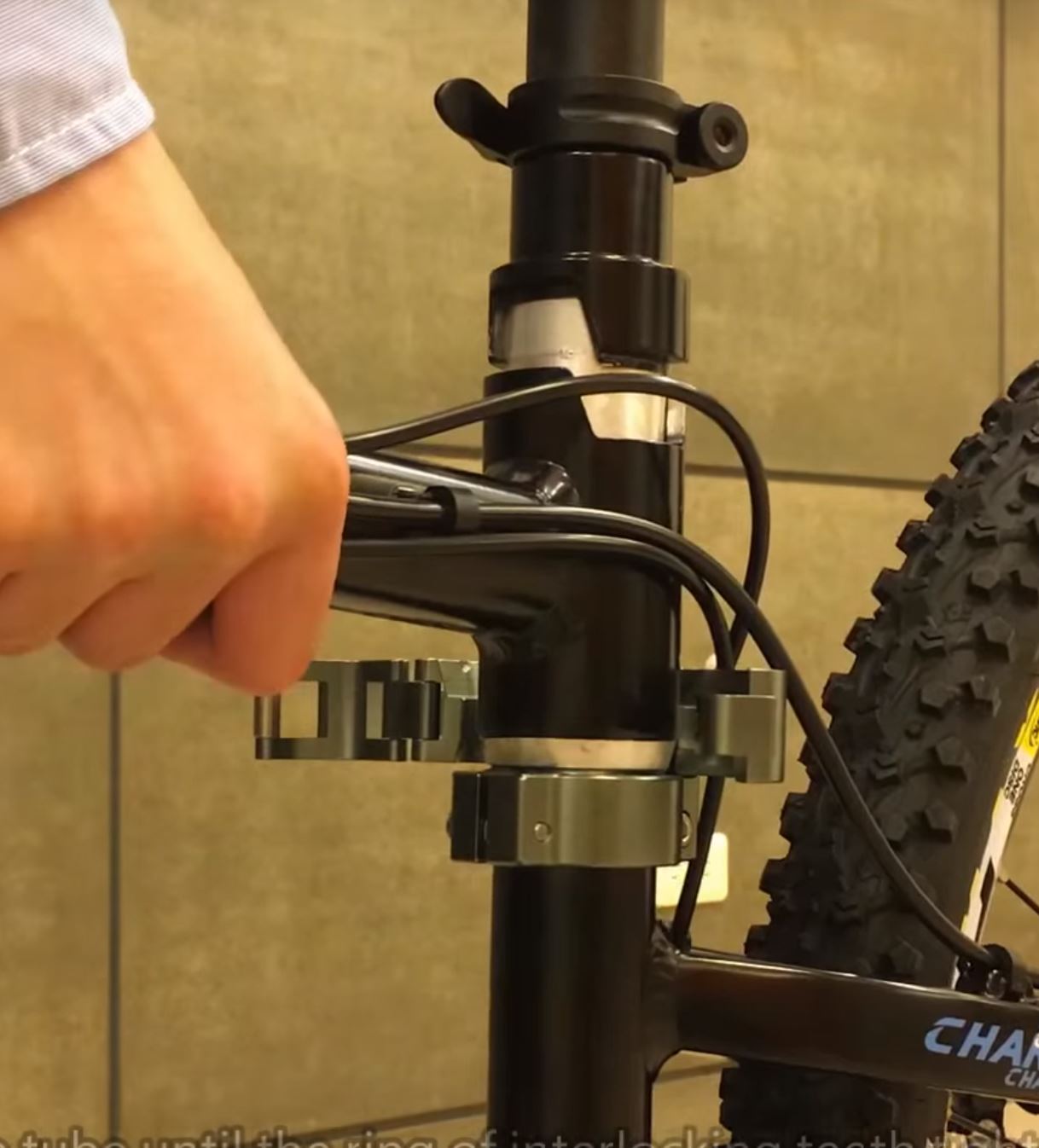