Can 5 tests make your bike safer?

Mid-jump is no time to question the ruggedness of your mountain bike. Granted, it’s better than after a reliability-related crash, but the best way to ask structural questions is by looking at reliability certification testing before you ever commit to a particular bike model. 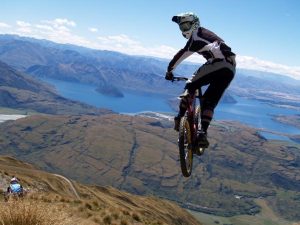 “Wait…there’s a ground test for this?”

Certification testing basically applies engineering standards to verify, before any human crash, that a product failure is unlikely to occur. It defines an expected set of maximum stresses that a bike may encounter, repeatedly tests the frame for them, and then certifies that the frame is rugged to that standard.

It’s really no different from what airplane manufacturers have been doing for decades. You want all your failures to occur on the ground.

If a Boeing wing can safely flap 15 feet on the ground, then those two-foot distortions in a turbulent flight are nothing to worry about.

So…who gets to decide what’s in the bicycle certification?

Even ignoring outliers like the Netherlands, with 25% of commutes happening by bike, the Europe Union is light years ahead of the United States in commitment to cycling for transportation. Even the lowest estimate of 5% commutes by bike across Europe is still ten times the 0.5% rate across the US. So it’s reasonable that any assessment of cycling capability starts in a place where bikes matter most.

ISO is the International Organization for Standardization, headquartered in Geneva, Switzerland. Its purpose for the past 70 years has been to facilitate and support national and international trade and commerce by developing standards. And they’ve got a standard for mountain bikes: ISO-4210.

There are different ones for mountain bikes, road bikes, city bikes, and now electric bikes; they are what unites Europe in the definition of what constitutes a safe and reliable bicycle. It’s a big deal. (The US has a 644-page document from the Consumer Product Safety Commission, but it focuses mainly on bike components and then flows alphabetically right from “bikes” into “bunk beds”, so there’s little use of it as a unifying document).

What the five frame tests are, and how they help you.

Think about the life of a bike. Sure, your bike gets pedaled untold thousands of times in many stressful situations, with a rider on top and often a hill underneath. It also gets jostled, bumped, jumped, has stuff dropped on it, has uneven weight packed into a pannier on just one side, and maybe even falls over on the cement because of all that weight on one side.

The ISO-4210 cycling standard for mountain bikes includes all of that. Here’s what they put a bike through. 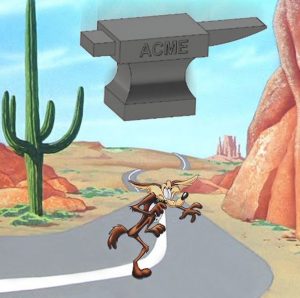 In this test, a machine strikes the bike from three feet with a 50-lb weight. How is this relevant to the real world? How about if someone drops a suitcase–or a toolbox–into your car when your bike is already in it?

Or more commonplace, have you ever seen a row of bikes fall over like dominoes, striking one another on the pavement? Yeah, yours is the light-weight bike without the frame damage. 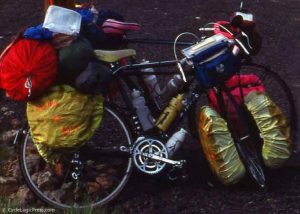 Drop the bike from 2.5 feet with a 176-lb weight attached. That’s a lot of touring weight! Or maybe it’s a rider, having problems with pedal clips, wind, or just plain balance. The point is, one thing you won’t have to worry about is your bike frame. 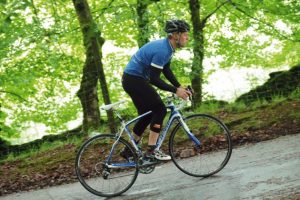 This one is super-important. The ability to climb hills is why you got a bike with great climbing gearing. And even on flat ground, you might often push your bike hard in a high gear to go fast. So a downward pedal force of 270 pounds for 100,000 repetitions ensures that this critical capability is a strength of the bicycle. 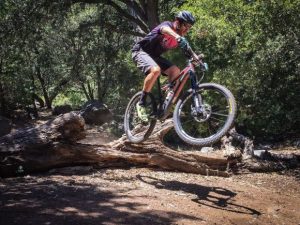 This one is also a big deal. Every time you land after a jump, or even just hit a speed bump or pothole, your weight is magnified. How many times might you do that over the life of your bike?So a downward frame force of 270 pounds for 100,000 repetitions ensures that you’ll be hopping happily on your bike for years to come. 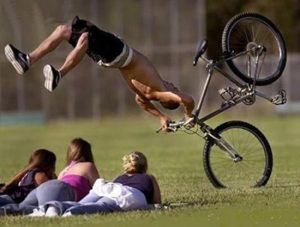 This one is a bit perplexing, so if someone else has a better idea, let us know. What causes you to have a 270-pound side impact? Laying your bike down and stepping on it? Stopping mid-road and getting run into by another cyclist? Crashing in some spectacular way that exerts numerous random forces on the bike? We’re filling this under ‘things you don’t expect to do with your bike.’

Putting it all together.

CHANGE bikes are the only folding bikes in the world to pass these arduous tests (See https://www.changebike.com/ISO4210-safety). So the next time you’re putting a bike like the CHANGE 812 mountain bike to the test, remember that’s nothing compared to the tests it’s already been through. 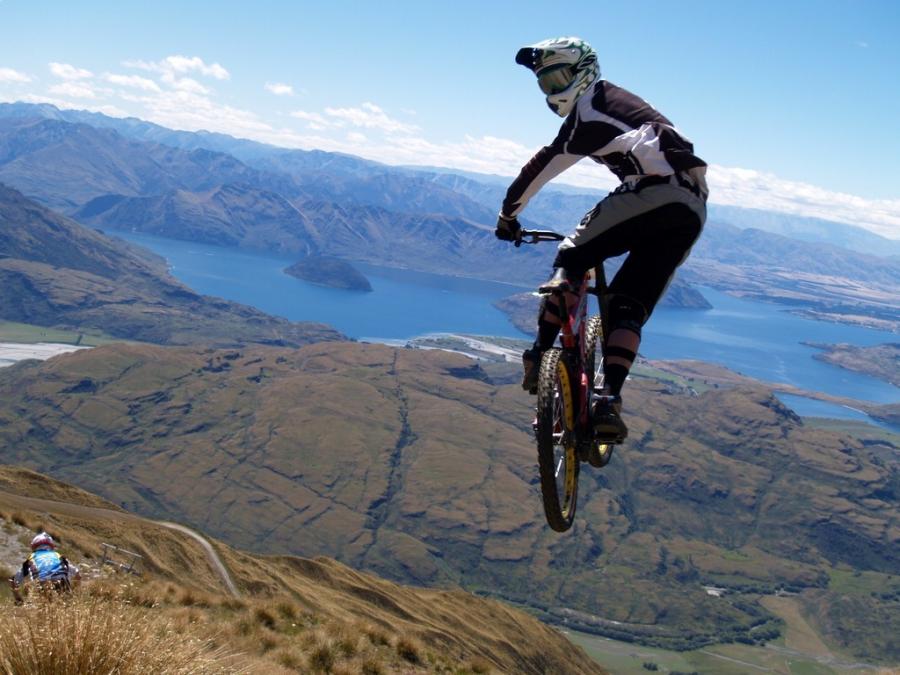