How tall can a bike be?

Tall bikes, it seems, are a big thing. Not just big bikes like size Large or X-Large, but custom, ridable bicycles that are taller than a school bus, a ladder . . . or a house. 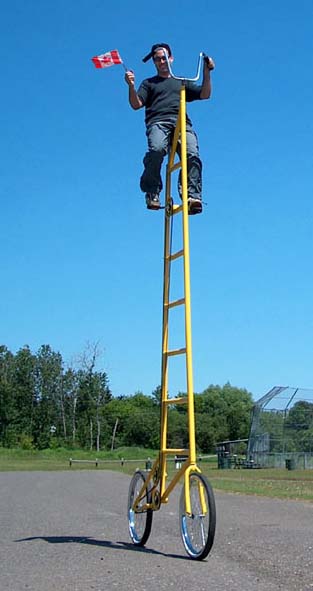 At 14 feet 3 inches, this Scott Graham creation isn’t even the world’s tallest. That honor goes to another of his creations that topped out at a Guinness World Record 18 feet 2.5 inches. 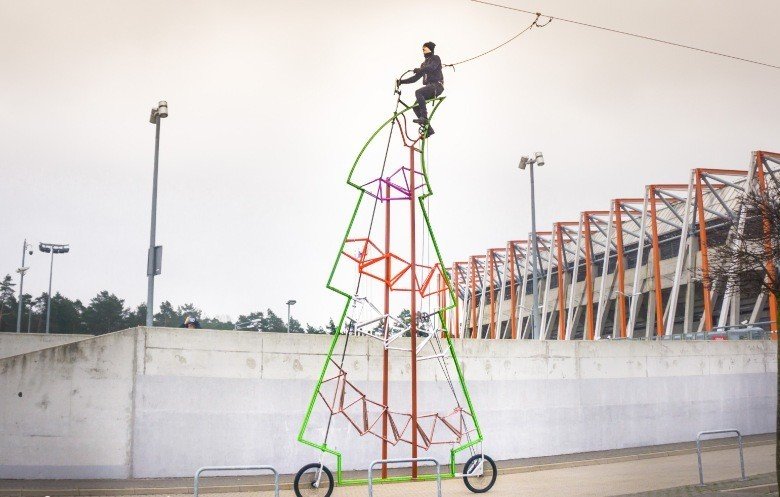 It’s not hard to imagine Adam Zdanowicz’ creation decked out in Christmas lights.

That one-upmanship seems like a pretty good place to start diving into the daring world of tall bikers.

It wasn’t always this way. In fact, tall biking traces its lineage back to two elements of biking that were practical solutions to real problems in the 1800s.

Where tall bikes came from.

The development of the gas street light solved a lot of problems, but it also created one. In the early to mid-1800’s, gas lamps required a person to visit each lamp every night and light it.

And the lamps were tall. 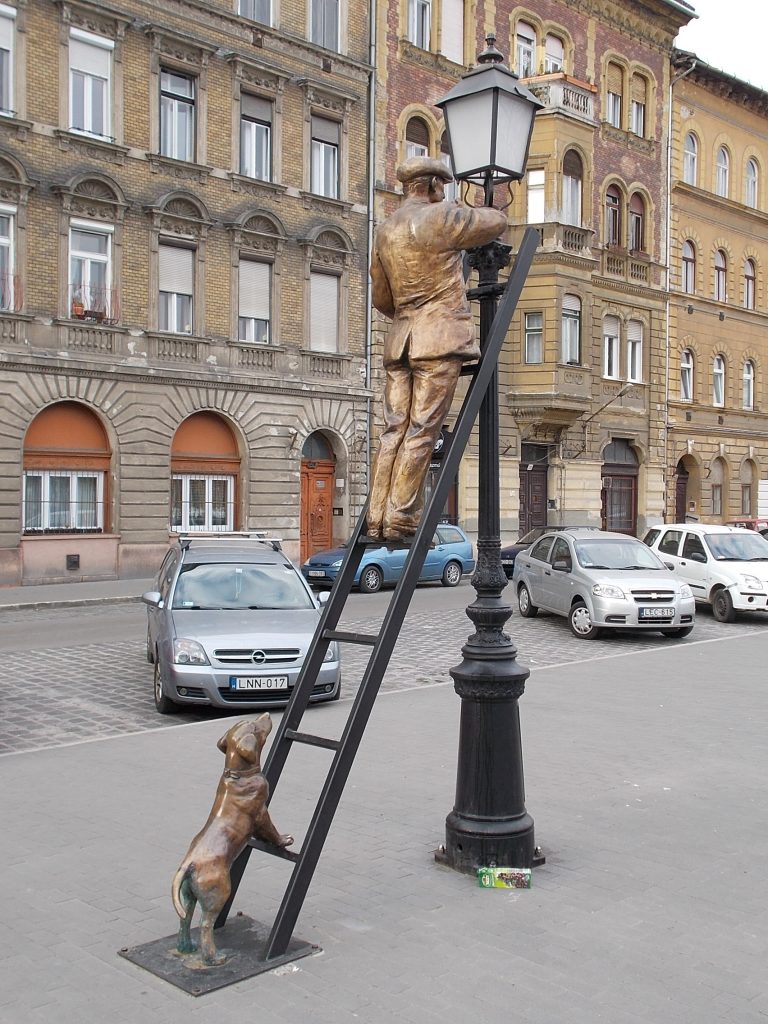 That meant a lamplighter needed to carry an ungainly, heavy wooden ladder all over town. An easier way to do that was with a trike. Note the big drive wheels in back of the trike below. Bikes wouldn’t become popular for lamplighters until more advanced gas lamps made it possible to carry just a long stick instead of a ladder. 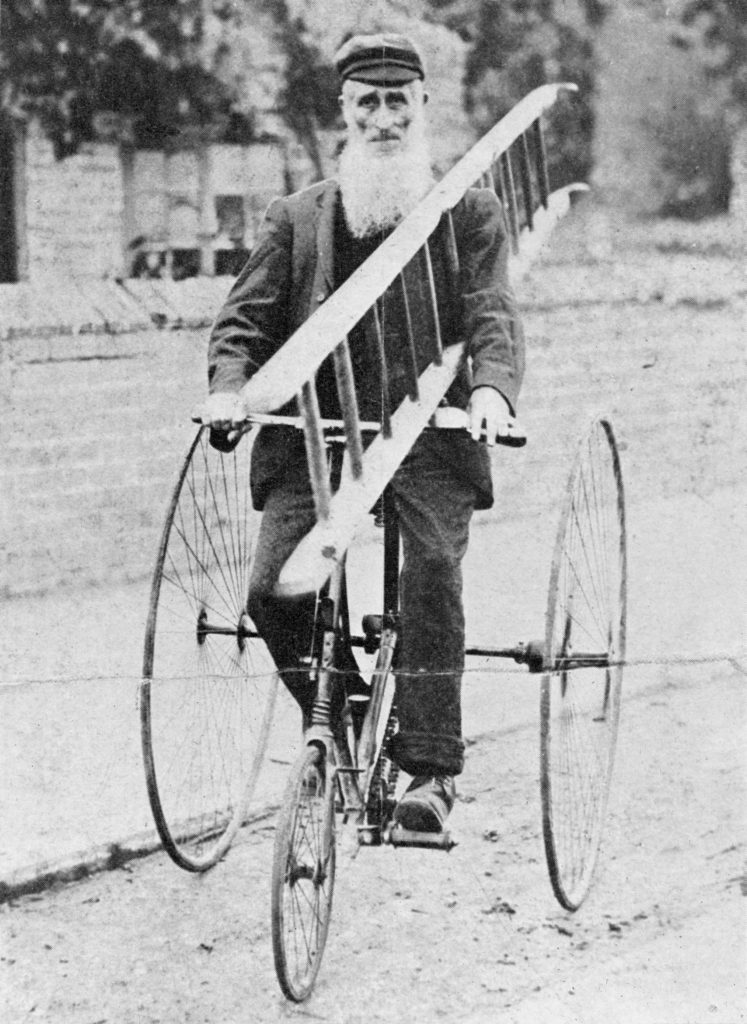 Meanwhile, by the 1870’s and 1880’s, people figured out how to get more distance out of each pedal revolution. Just make the drive wheel bigger. The penny farthing was born. 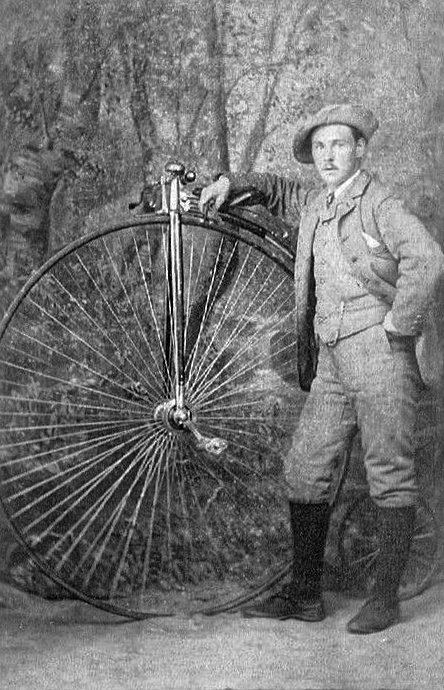 If you want to go faster with each wheel revolution, just get a penny farthing with an even bigger wheel. Riding a taller bike became a sign of confidence and daring. And who doesn’t want that?

Penny farthings were also quite dangerous, especially going uphill and tipping over, or going downhill and outspinning the pedals. It was common practice, when going downhill fast, to put both feet atop the handlebars so anything you hit sent you flying feet first, not head first!

Compared to that, the newly concepted, really tall lamplighter’s bike was downright safe. It had the same height as a penny farthing for reaching lamps, went slowly, never flipped forward, and went easily from one leaning place to another. 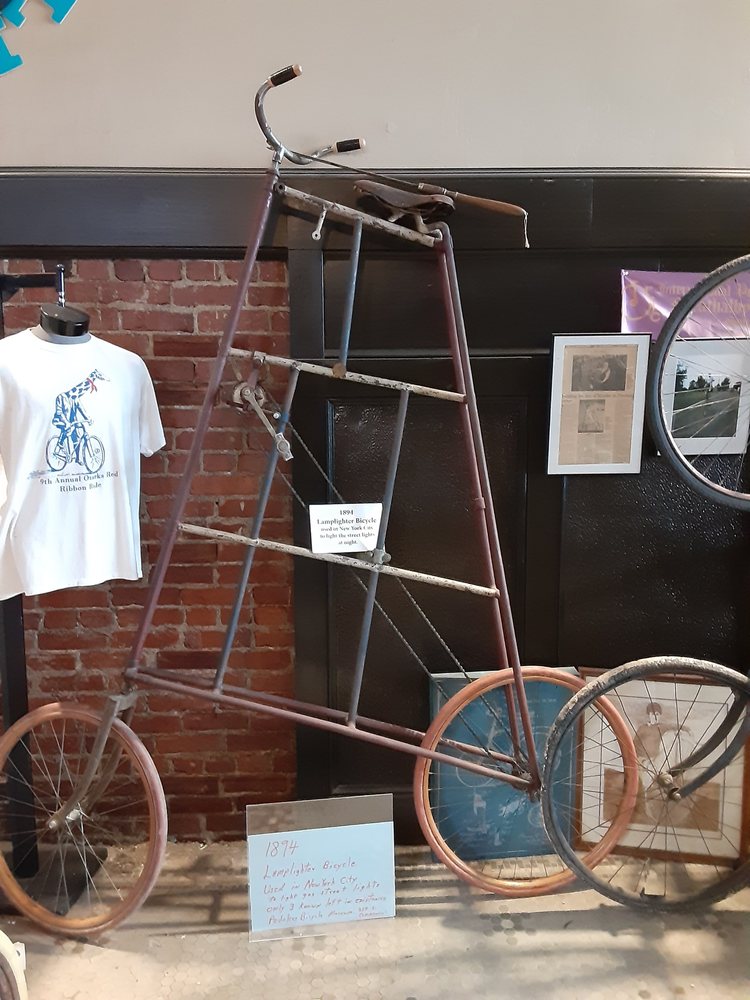 Notice that the gears at both end of the chain are the same size, providing one wheel turn for each pedal revolution. Either nobody had discovered mechanical advantage, or they kept it geared way low to go up hills without falling off!

By 1900, electric lights were just around the corner, eliminating the lamplighter’s role, and penny farthings were soon replaced by the “safety bike” with a chain and two different-sized gears, but the lamplighter bike had already made its mark in history.

In fact, artist Tyler Vorhees did exactly that with his painting and then stylized 3D statue of a lamplighter on bike, commemorating this lost job as described on his project page. 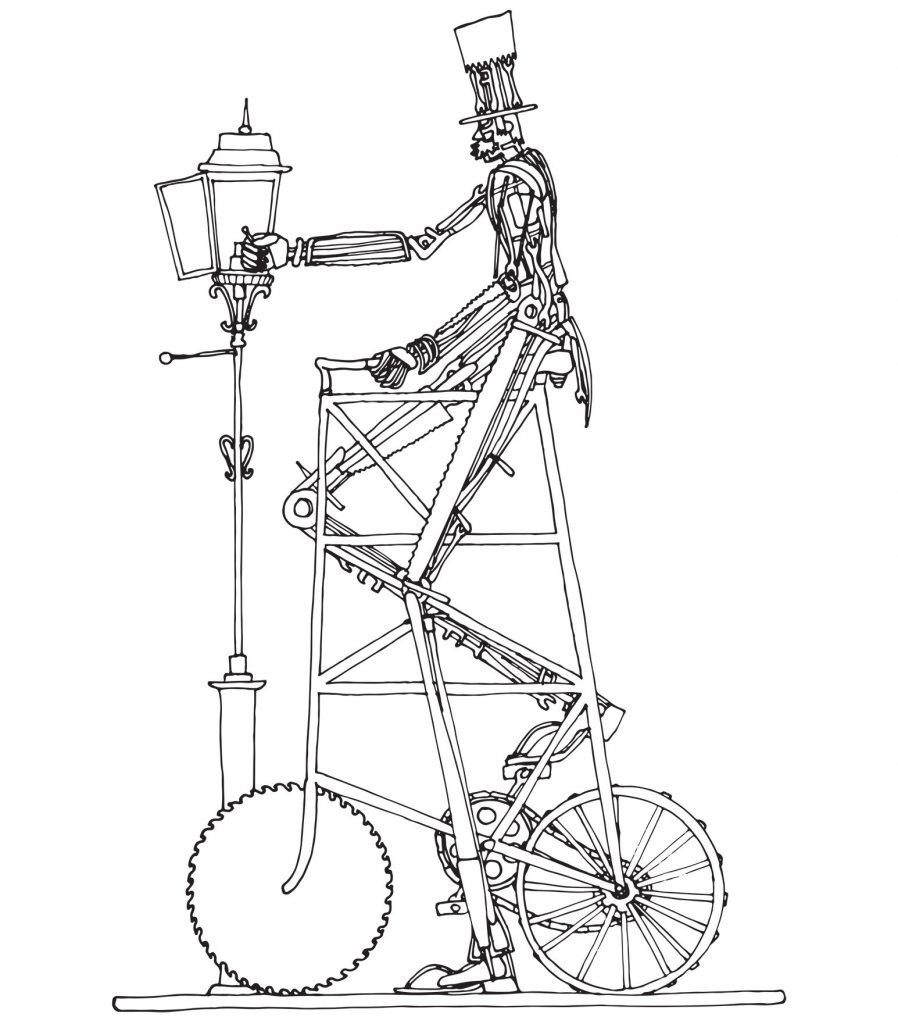 With a properly fitting bike, you should stand over your seat with the balls of your feet just touching the ground. Clearly, this man needs a taller bike!

Art and the tall bike community.

You could argue that every custom-built tall bike is a work of art. The community of evening lamplighters may have faded away into history, but the community of creative people who build, ride, and enjoy tall bikes is a vibrant as ever. 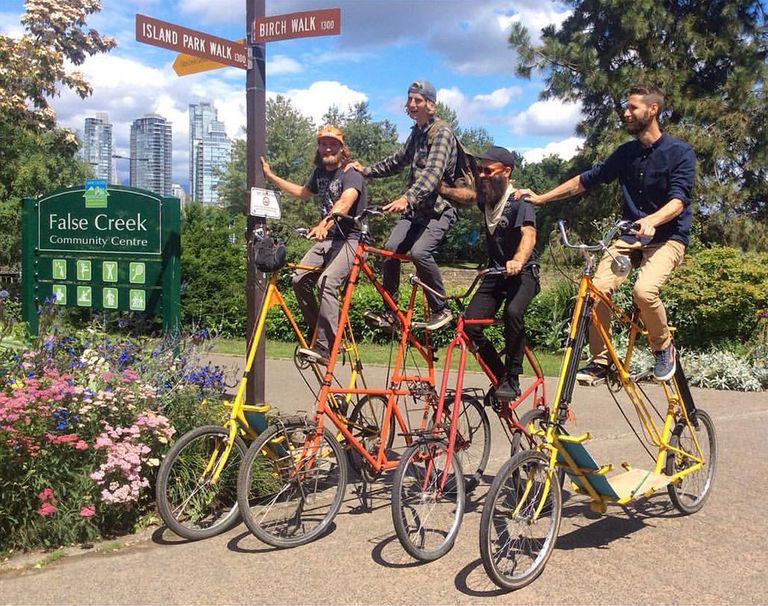 When you find someone else who sees things from the same perspective as you do, there’s an instant connection. In some rides, you might stand out a bit, but that’s part of the goal. And if you want to fit in with similar tall bike riders, there are always rides like the Chicago Critical Mass Ride.

All you need to do is get started with an idea and a welding torch, whether you riff off of established designs… 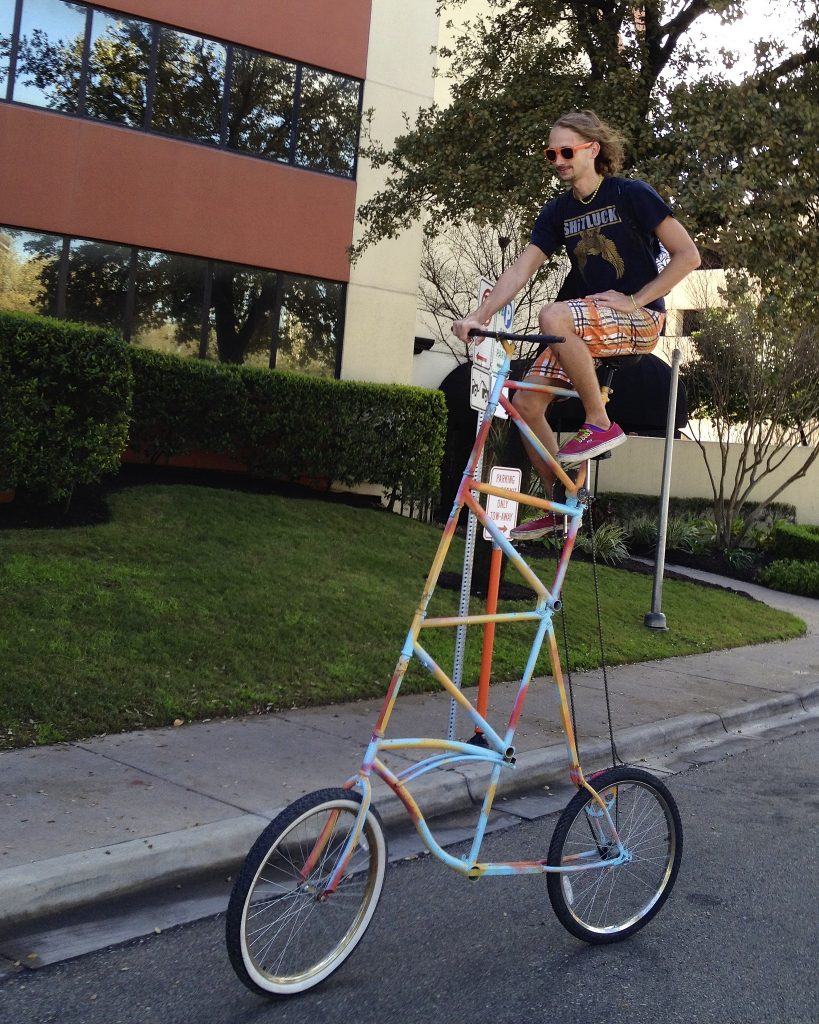 …Or make something completely new from scratch. (I’m thinking there have got to be huge forces on the top of that fork!) 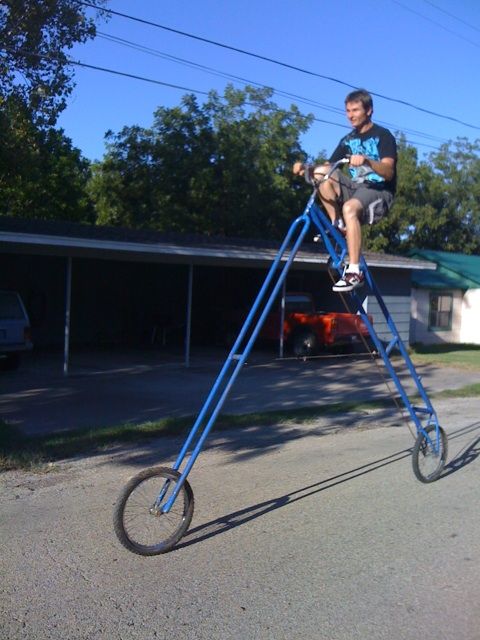 And if all goes well, you end up with something that’s a classic for all sorts of reasons. 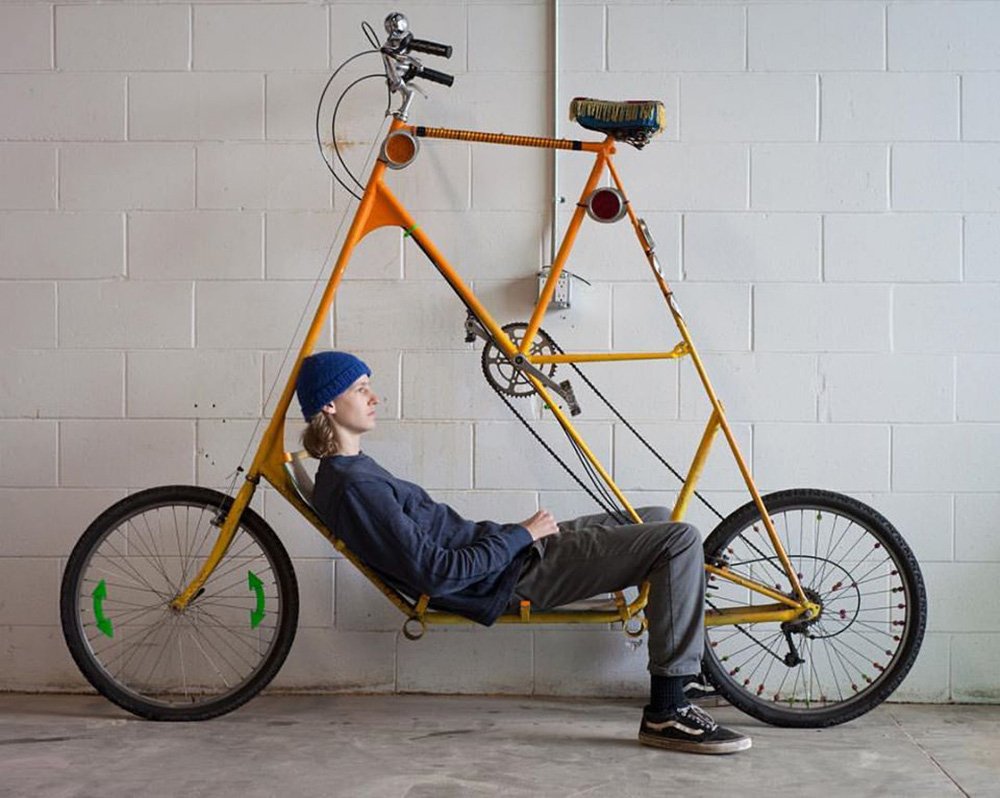 And then there’s another level of art. The Zenga Brothers, out of Canada, are as passionate a group as you’ll ever find for tall bikes. 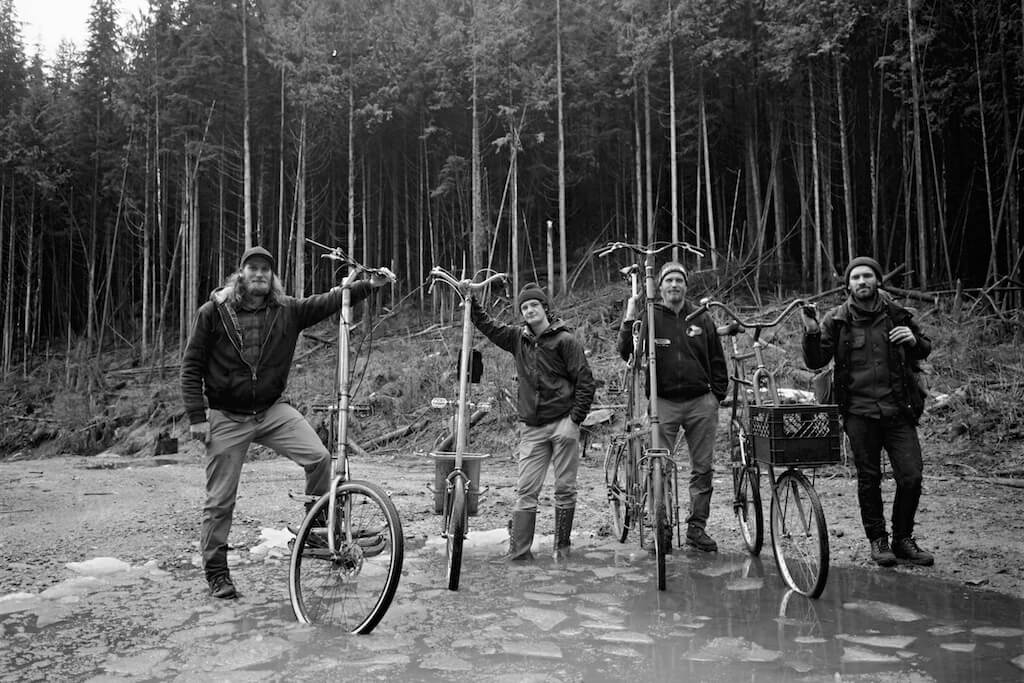 Itching to start welding? Here’s how to build your own bike.

One great thing about a community is that there’s always someone who’s done it before and has tips. For example, if you want to build this bike… …and you’ve already collected your junker bikes (ingredients) that you’re going to recombine into something new, then all you need to do is follow the right recipe, with simple steps like these. Or, if actually watching someone do something is more your style, here’s a useful tutorial from YouTube.

And there you have it–from what ARE these things, to why they’re an outlet for creativity and sustainability, to how to make one of your own.

What dreams of adventure do you have? What do you need for portable adventure?