Why is cycling the most efficient transportation?

I much prefer hopping on my bike to run errands rather than sitting in my van for a slow drive. Whether it’s dropping off mail at the post office, stopping in at the bank, or grabbing a few groceries, it’s just easier – and much more fun- to grab my bike and go. In addition, a quick bike commute saves money on transportation, makes me feel more energized, and is good for the environment.

These are just a few reasons why cycling is the most efficient mode of transport. But let’s take a closer look at what makes cycling such a great method of transportation.  We’ll take a look at speed, commuting expenses, storage space, health and training, and the impact of cycling on the environment as compared to driving a car. 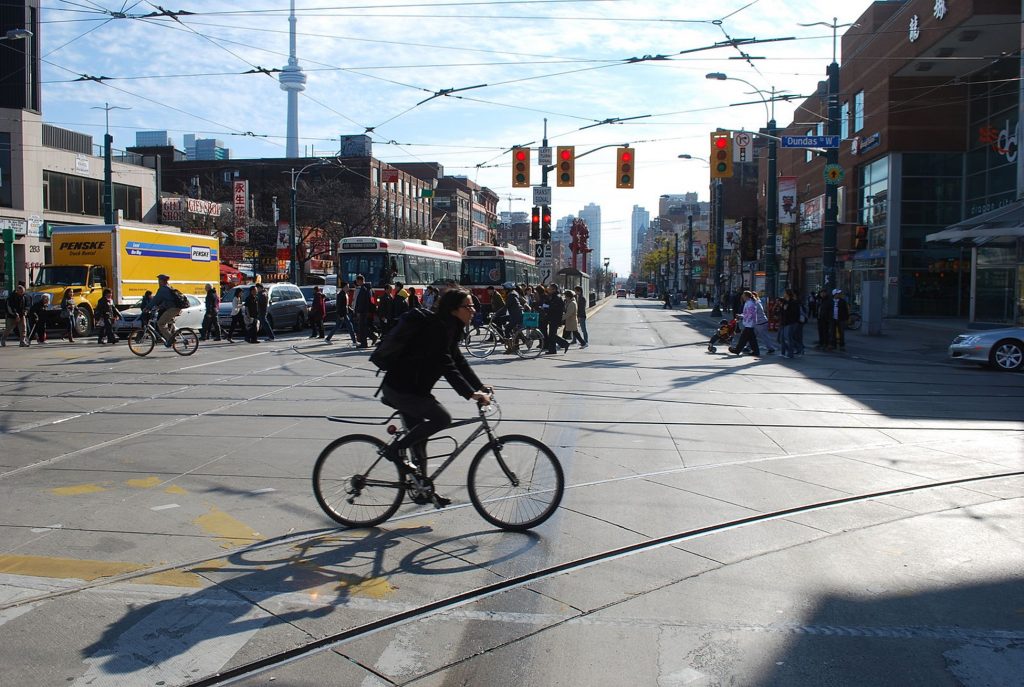 Bicycling in Toronto. Pic by Hallgrimsson.

You’ll Get There Faster by Bike

Commuting by car can be an absolute drag. In my experience, sitting in rush hour traffic, going nowhere fast, is not only dull, but it’s also a total waste of time. In fact, according to Bike Citizens, an average UK commute might ooze along at a mere 7 mph. On the other hand, a bike can zip through the bike lanes at a brisker pace of 12 to 15 mph, cutting your commute time in half.

So if your car commute is slow, you might be a lot faster by bike!

You’ll Save Money on Gas

If you cycle instead of driving, you’ll save money on gas. For example, if you have a 10-mile commute, and gas costs $4 a gallon, and you have a pretty fuel-efficiency car at 20 miles per gallon, you’ll pay $2 each way for a round trip cost of $4. So over the course of a month, you’re paying nearly $100 for gas just to go to work.

However, if you ride your bike instead, you’ll be saving that much money, making the bicycle much more efficient as far as the cost of gas goes.

You’ll Save Money and Time on Car Expenses and Maintenance

My van needed new brakes to pass its yearly inspection for a whopping amount of $1200. And that doesn’t include the monthly payment of $250, the monthly insurance payment of $80, as well as miscellaneous items such as oil changes ($100), etc. Over the course of a year, that adds up to more than $2000 easily. On the other hand, you can purchase a great bike for $2000, which will last you for many years and cost much less to maintain and fix.

You may need to replace your chain, tires, and chain lubricant, which you could easily do for under $200. And you can learn to do that work yourself, even if you aren’t a bike mechanic.

If you’ve ever lived in the city, you’ll know how hard it is to find a parking spot every single day. The bigger the vehicle, the harder it is to find a good spot, too! Not to mention, city parking can be quite expensive.

So if you have a bike, you’ll have a much easier time parking your bike in a tiny space. And you can probably take it into your office or apartment for safekeeping, too. If space is really tight, keep in mind that folding bikes are easy to store at home or at the office. 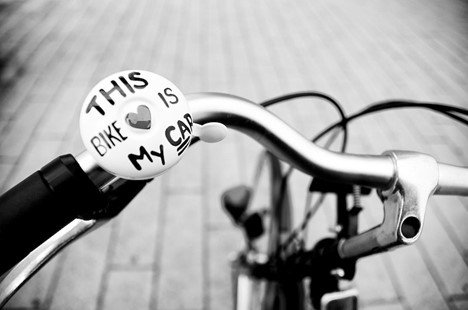 Riding a bike is better than for the environment than driving. Pic by rawpixel.com

Bike Commuting Is Better for the Environment

According to BikeRadar, a car’s emissions are 13 times greater than a bicycle’s, which means that a bike commute, even on an electric bike, has a much lesser effect on the environment than a car. Also, building a bicycle has less of an environmental impact than building a car. So as far as waste products and CO2 emissions go, bicycling is more efficient than a car.

Another aspect we don’t often think of is that bicycles are less damaging to roads and trails than motored vehicles are. So if more people rode bikes and fewer people rode in cars, there would be much less regular damage to the roads, which saves taxpayer money!

Overall, cycling is much more gentle on the environment than a car or truck.

You Can Make Bike Transportation a Part of Your Training Plan

Commuting by bike can be an efficient part of your training plan. Imagine getting your workout in on your way home from work. You won’t have to drive home from work, change your clothes, and then get to the gym. Instead, you can use that time and distance to train, whether you are getting in your base miles or doing intervals on your way back home.

You’ll turn that boring, slow commute into something that is good for you and your cycling ability.

It’s Better for Your Health and Well-Being

Fresh air and exercise are great for your well-being and health. You’ll get stronger and fitter just by running errands or going to work. The exercise and fresh air are good for your sense of well-being and your mental health. The endorphins you get from exercise will help you feel happier and the extra time spent in the sunshine can sometimes prevent seasonally affected depression syndrome. The Mayo Clinic states that exercise can ease both depression and anxiety.

There are few drawbacks to commuting by bike. Here are easy solutions to the most common bike commuting problems.

What if Your Commute is Too Long?

Maybe your commute to work is too long to be practical for riding a bike. Or perhaps you have to take a highway or leave before daylight. Of course, these problems put a damper on your idea of transportation by bike, but it doesn’t make it impossible. For example, maybe you want to combine your bike ride with a car ride, bus ride, or train ride. You can drive part way and then bike the rest so you can combine your exercise with your commute. This way, you can avoid downtown parking costs or taxi costs. You can make this even easier by riding a full-size folding bike that fits in your trunk when you aren’t riding it. 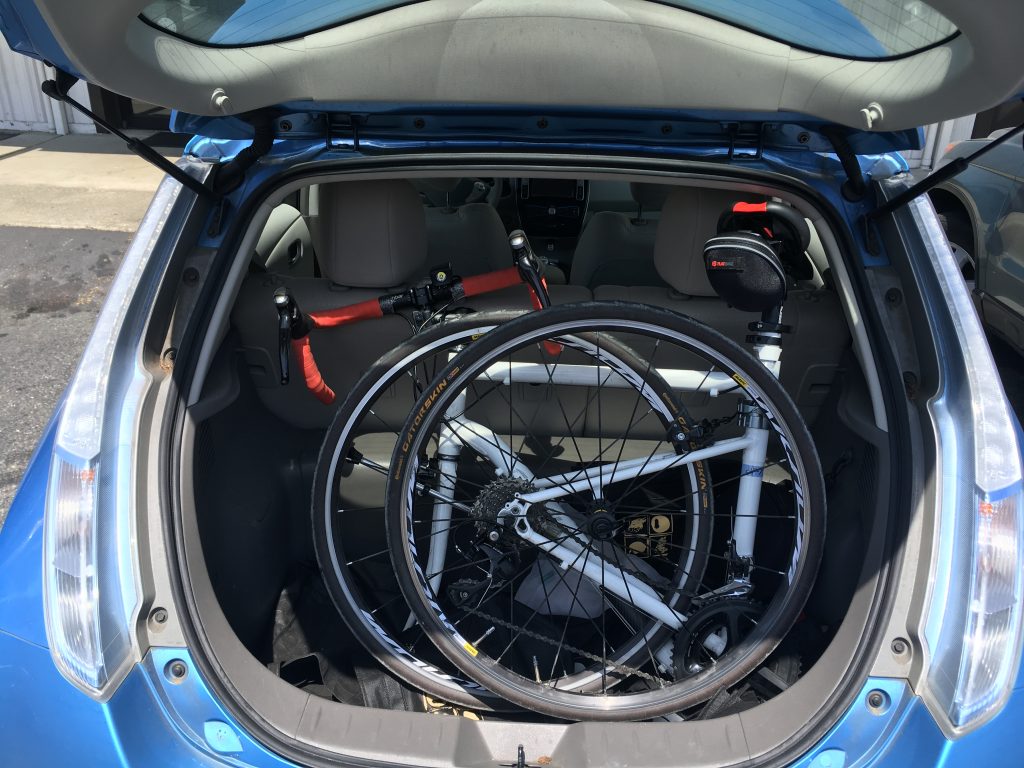 No matter what kind of car you have, a convenient combined commute can cut your parking expenses to zero when you park outside the city congestion.

What About Cycling Injuries?

Cycling injuries are a concern no matter where or when you ride your bike. Unfortunately, accidents do happen and you can get cuts, scrapes, bruises, and even broken bones. UR Medicine states that head injuries are one of the most common types of injuries among cyclists. However, they also say that wearing a helmet reduces the chance of head injury by 85%. 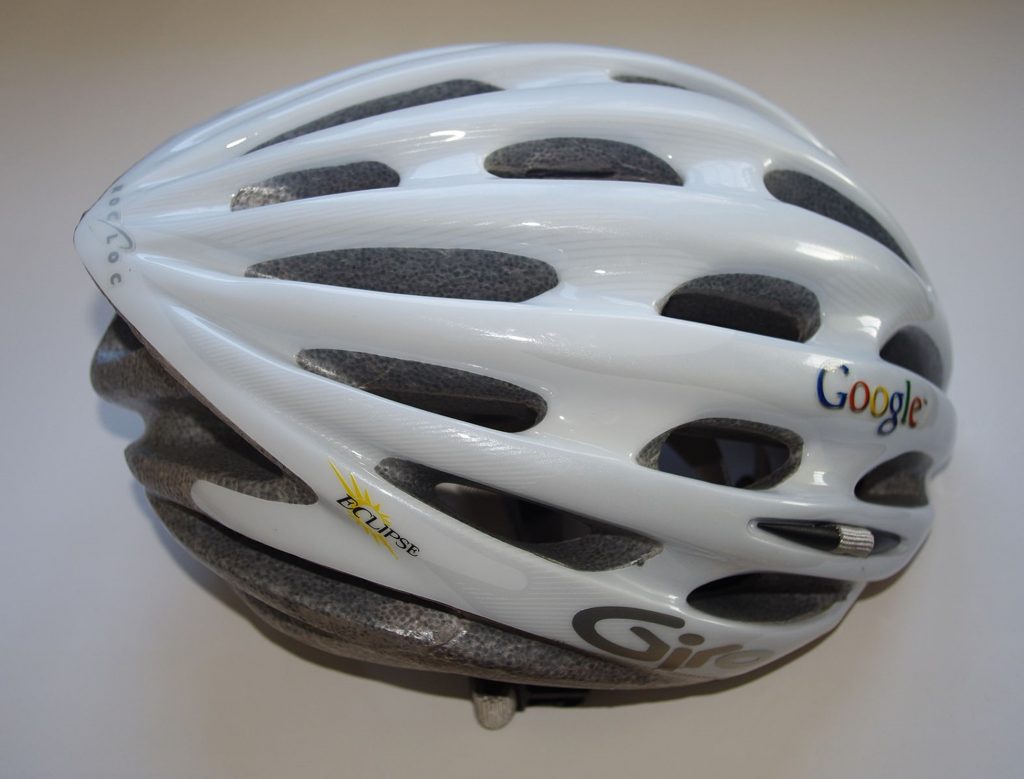 A good helmet can protect you from most head injuries. Pic by Marcin Sochacki.

So as more and more people choose riding their bikes as a mode of transportation, better helmet design can be used as a tool to address the number of cycling injuries. A good-fitting helmet that meets safety standards really is the best protection against head injury.

Good bike handling skills, bike lights, and being aware of your surroundings will go a long way toward keeping you safer – and faster –  on your bike. 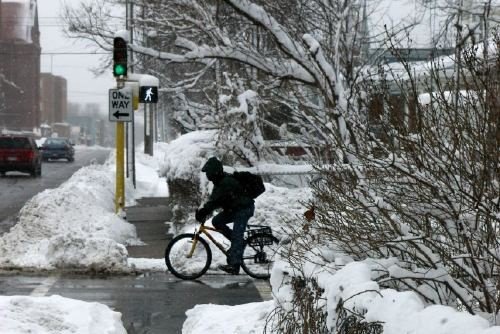 You might be concerned about commuting in cold or wet weather. But author Alfred Wainwright said, “There’s no such thing as bad weather, only unsuitable clothing.” Proper bike clothing can go a long way toward making a cold or wet commute feel much better. Wool clothing can help retain heat even when it’s wet. Toe covers can help keep your feet warm and dry!

If the weather is too bad to ride safely, you can always fall back on an alternative method of transportation.

Even if you are used to driving your car or taking the bus to work or to run errands, you might want to consider riding your bike, at least part of the time. You’ll save time and money by riding your bike, and you’ll get fit, too. Not only is it the most efficient method of transportation, it’s fun and good for you, too!

Robbie Ferri is a writer from Norfolk in the UK, who loves cycling and the gym.
He has broken world records, cycled all over the world in Ultra Bikepacking
races, and worked with some of the industry’s leading brands.

Flatbike is an ecommerce bike company focused on portable adventure.